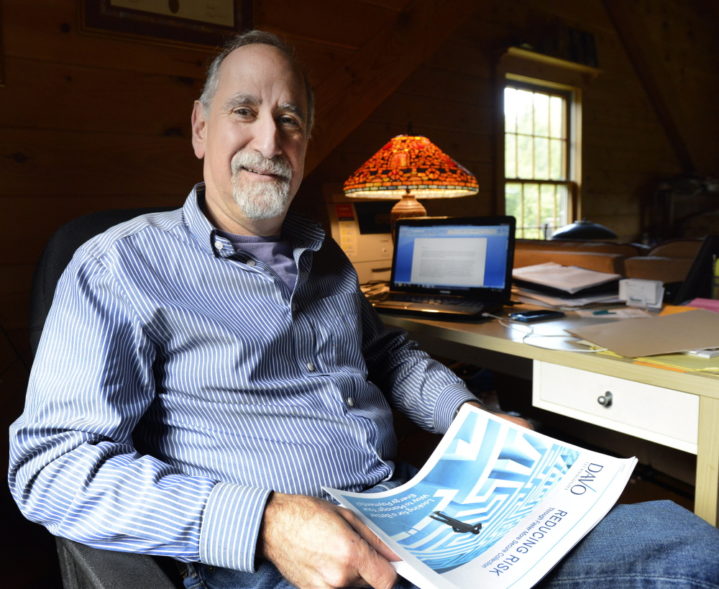 Dollars and Sense: How SixThirty’s DAVO Finds Solutions Through Simplicity

The world they're operating in is complex and diverse, but DAVO is hoping simplicity will drive success. After all, FinTech doesn't have to be complicated, it just has to solve a problem.

For many, financial tech companies (aka FinTech) tend to make the eyes glaze over. Thought to operate in a complex world governed by spreadsheets and abstruse equations, FinTech companies are actually designed to solve common, tangible problems.

Take DAVO Technologies, the Portland, Maine-based graduate of SixThirty’s accelerator, and its simple solution to a complicated issue.

“A lot of small merchants fall into the trap of using their sales tax money for operating expenses,” says co-founder Owen Brown.

“If you have a small business that’s selling coffee, selling 1,000 cups a day, they’re collecting $2.16. That 16 cents don’t seem like they’d add up but they do. All of a sudden a month later they need to send $8,000 to the Department of Revenue and a lot of times they don’t have it.”

Small businesses (defined as companies with $50,000-$1,000,000 in sales annually) often operate month-to-month early on. When they make sales, the money from sales tax goes into their operating account along with their revenue. While merchants are expected to manually separate the sales tax to pay the state, often the hiccups of business ownership necessitate using those funds.

“You own a restaurant and your refrigerator breaks,” Brown explains. “You’re not going to close the restaurant down, you’re going to use whatever money you have in your operating account [to fix it].”

By the time the state wants their sales tax, the business has spent it, resulting in fines, legal problems, or in extreme cases, jail time.

But what if the sales tax was taken out automatically? DAVO’s other co-founder, David Joseph, had this thought when he had the aforementioned problem with the fridge.

“He found that he was oftentimes scrambling to find the sales tax money to pay the state because he did use it,” Brown says. “His refrigerator did break, and you go into your account and use whatever money you have or you’re out of business.”

After working through the idea, DAVO received a patent in 2010 for software that could do all that sorting in the background. When paired with existing POS technologies, payroll software or credit card processing programs, DAVO’s system “automatically impounds, files and pays the merchant’s sales tax for them.”

The money never goes into the business’s account, preventing usage on anything else. The idea is to allow merchants to focus on their day-to-day business and reduce the risk of non-compliance with the state.

Often business are collecting pennies in sales tax per transaction and owing thousands when it comes time to give that money over. The process is designed to move those pennies before they ever accumulate. It’s a complicated machine that ultimately comes down to dollars and cents.

“Once they [incorporate the software] they’re done, they wipe their hands of it,” Brown explains.

While that’s attractive to small merchants (population of six million businesses in Brown’s estimation), DAVO believes the simplicity of the process could translate to other markets as well.

Targeting the franchisor/franchisee relationship and exploring applications for utility companies, Brown sees a wide range of possibilities. But the biggest market DAVO is targeting has only 50 members.

“Our ultimate goal is to have states white-label the product” he says.

With that in mind, DAVO has set lofty goals for 2016. They hope to have 10,000 businesses on board, and be in beta with at least one state as a collection tool for merchants in arrears.

The world they’re operating in is complex and diverse, but DAVO is hoping simplicity will drive success. After all, FinTech doesn’t have to be complicated, it just has to solve a problem.