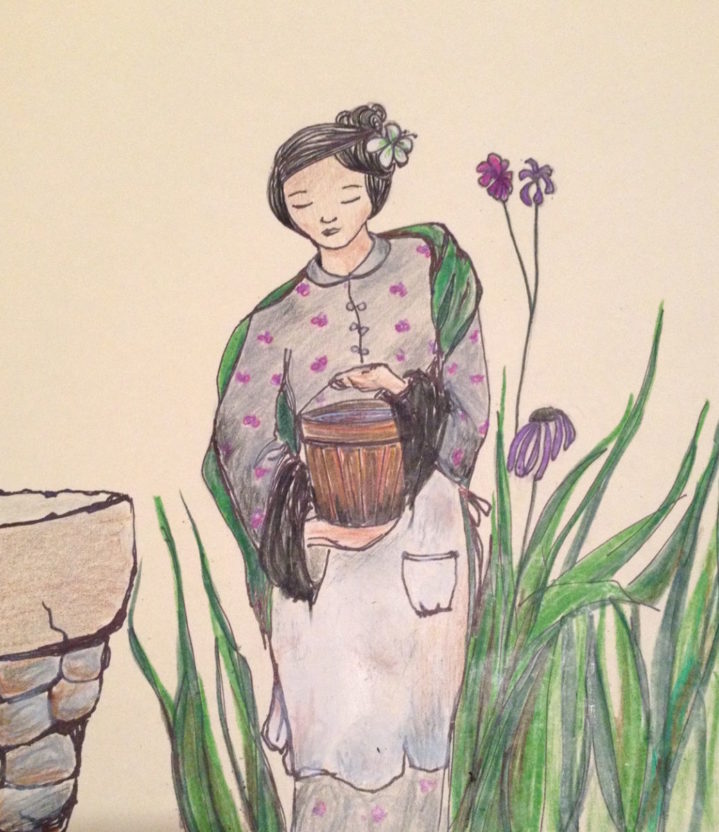 Hugmonster Sound founder, Adam Frick, is launching a Kickstarter campaign to produce a podcast for children’s stories, called Fablist. Essentially produced as audio books, but delivered for free to parents and children via podcasting, Fablist will tell old fables from all around the world, re-invented for a modern setting.

Frick and his sound design team are looking to raise $12,500 to develop the very first episode, called Pear Blossom, which is the Korean version of the classic Cinderella story. To kick start the Kickstarter campaign, a fundraising event is being held this weekend, on Sunday, August 13th from 1-3pm, at Magnolia Cafe.

At the event, you’ll be able to hear an exclusive excerpt from the pilot story, read aloud, live as a radio play. You’ll also be able to grab a bite to eat, and enjoy kid-friendly activities like face-painting, balloon artistry, and mini magic shows with Circus Kaput.

The prototype podcast promises to make a couple of significant changes to the typical kid’s audio books format and the content of them too.

Speaking with Frick, he told me that most audio books which are aimed at children, tend to have a single narrator who not only tells the stories, but does different voices for all the characters too. With Fablist, he intends to create a richer sound design experience at a level akin to Hollywood Studio production values, and bring in other voice actors and songwriters, as you might experience in an adult radio play.

By delivering the stories as podcasts, they’ll be free to parents and easily accessible on their phones, without needing to download an app. The episodes will be serialized into 3-5 segments of around 15 minutes too, meaning they can be played easily in the car, on the school run, or enjoyed all together on a road trip.

As it stands, delivering radio plays as serialized podcasts is pretty much as ‘on trend’ as you can get right now, in the world of podcasts. Shows like Serial and now S-Town, have reached blockbuster status, so much so that competition is heating up to produce the Netflix of Spoken Word.

But, with Fablist, there is an even bigger kicker to get involved, and that is due to the growing concern of children’s screen time. As a parent himself, Frick admitted to lamenting the fact that streaming video seems to shut down kids’ imagination.

“I’m at a point in my life and career, where if there is something I think should be done, I just do it.”

His thesis is that removing the video component and bringing rich sound design to the audio component, will engage their imagination more.

And he’s not wrong. A teacher, writing for The Atlantic, argued that the blockbuster radio-play-as-podcast that started the trend, Serial, encouraged his students to reach more. To quote an extract from Michael Godsey’s article:

“[The article quoted] Emma Rodero, a communications professor at the Pompeu Fabra University in Barcelona, as saying that “listening, unlike looking at a written page, is more active, since the brain has to process the information at the pace it is played.” My student Roberto offered similar insight: “I think it helps me out with my reading since I have to keep a pace up.”

Another strong case for audio formats that Fablist makes is that the absence of the video component, also intentionally foregoes prescriptive visual elements in the story, meaning the child can imagine the universe of the play, exactly as they want.

Frick elaborated on the potential of the radio-play story format for children, “every kid can create the environment and hero that suits them. The kid creates the world the world that matters to them.”

This means that the audio format can also play a social role on top of the lessons delivered by the fables told. The team has deliberately chosen to curate stories from all around the world as the visual stereotypes no longer come into play. In that sense, Fablist is guided by these broader goals to create content that focuses on what ‘the user,’ namely the parent, wants (for their kids) as opposed to what the content producers and streaming media networks need to monetize.

So, as the world is completely imaginary and unique for every listener, Fablist can gently introduce a meta narrative of diversity and friendship. For instance, Brooke Foster, also on the Fablist team told me over email, “our second episode focuses on Pear Blossom’s best friend, an Ethiopian boy named Sam, and shares the East African fable The Enchanted Flute, which is a story about our actions meaning much more than our outward appearances.”

So, join the kickstarter launch party on Sunday hear a sample of episode 1, Pear Blossom, and fingers crossed that they can beat their target and hit a major stretch goal to make that second episode and fully realize the vision.

Personally speaking, I just really like how joined up all the thinking is around this product – good luck, guys!