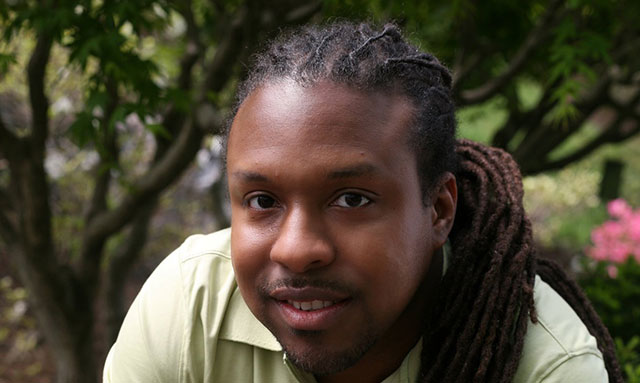 Kevin Taylor is co-founder and chief technology officer of Hey Let’s Train, where they’re building a platform to connect people to professional athletes they admire, so they can train exactly as they do.

What preparation did you have in launching Hey Let’s Train?

I’ve been building web-based applications for 18 years and have a degree in computer science from UMSL. I’ve been a hardcore coder since 1998 and I do a lot of reading and research to stay up to date with current and new technologies and methodologies in development.

What were you doing prior to starting the company?

Aaron Mottern (Hey Let’s Train’s co-founder and CEO) and I met through a mutual friend. We started a small digital agency that focused on developing websites and applications for clients. I was developing the technology, while he handled the business side of things.

What was the impetus in launching Hey Let’s Train?

While we were building our digital agency, we would talk about living healthy and thought it would be interesting to merge the mutual interest between the need and the desire for a healthy lifestyle. This evolved into an idea to marry social media, sports and a healthy lifestyle together into one cohesive system.

Gradually we started defining a product and building it out. Interestingly, from our initial concept through pivot we were able to carry the business logic over to our new direction in a pretty seamless fashion.

We never stopped building websites and applications, however we gradually increased our time [spent] on Hey Let’s Train and it became our full-time focus and priority. In bootstrapping though, you always keep the other thing, the client work in our case, on the back burner for when you need cash.

What kind of investment and support have you received?

We have self-funded the majority of the company with additional investment from friends and family, the Billiken Angels, celebrity athletes and high net worth individuals.

Why does Hey Let’s Train matter?

We provide access into the true performance training that’s usually only accessible by professional athletes. This helps people build healthier lifestyles from a young age into the rest of their life.

What kind of traction are you getting?

We have launched the initial product with paid users, we’re expanding our celebrity athlete channels and increasing our college, high school and sports camp verticals.

What pivots have you made?

We started as a telemedicine product. We launched the product in closed beta and we started realizing that the asset we had built could be better differentiated and have more market appeal in sports performance. We could reach a lot more people that would value us, so we pivoted toward a much bigger market.

What’s been the biggest surprise since starting Hey Let’s Train?

That we didn’t face a bigger hurdle in gaining access to professional athletes.

Describe a moment of doubt—what did you do?

It wasn’t so much doubt as adversity. When you’re bootstrapping like we have been, you have to have faith, patience and keep pushing on.

If you weren’t doing this, what would you be doing?

I think in one way or another I’ve always wanted to be an entrepreneur. Even when I was a kid cutting grass, I always thought about it as a business instead of just a side job.

When I was first beginning to evolve as a developer, someone took me out of the mindset of just sitting down and coding to becoming a developer that would sit down and study the business model I needed to architect before writing any code at all.

What do you need these days?

As with any startup, we need additional funding to expand our talent pool, increase market share and platform functionality.

What’s your vision? Does it go beyond Hey Let’s Train?

Facebook started out just serving college students at elite colleges. Today it’s for everyone, for businesses large and small, for community groups.

Just like that, long term I see Hey Let’s Train as growing from the product we have to creating a global culture for health and wellness.

Who do you hang out with—for fun, for mentorship, for working together?

I’m a family man, I have a wife and two kids. Outside of that, I may hang out, go see a movie, travel, play video games—regular stuff. We also have a technology advisory board that I tap for advice and guidance. My friends are a mix of people inside and outside the tech startup space.

It’s hard to pinpoint just one person—anyone in the startup community going through the growing pains. Yomi at Pushup Social and Mark Zuckerberg are both in different phases of the journey from idea to scale, but I admire people like them that are in the process, building strategic partnerships and achieving scale.

Where do you office and why?

T-REX. It provides a culture I feel is pretty conducive to the startup community. There are a lot of startups in the ecosystem and everyone is grinding, running top speed in their particular industry.