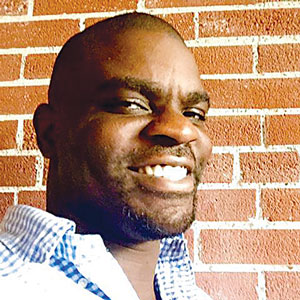 Nationwide, the need for increased diversity and inclusion in the startup space has (rightfully) gained more attention.

We asked local leaders from St. Louis’ innovation districts class to weigh in on what is doing right to build an equitable startup ecosystem and how the city can keep improving as we move forward.

Yomi Toba is co-founder and CTO of PushUp Social.

From your perspective, what is the current level of inclusivity in the tech/startup community in St. Louis?

I think Saint Louis ranks above average nationwide in its level of inclusivity. Efforts by Arch Grants, Prosper Women Entrepreneurs, and LaunchCode aim at introducing more diversity into the ecosystem, and they’re doing a great job at it. As a minority, I feel there’s a concerted effort to include us, and while it’s not a Silicon Valley in terms of inclusion, I believe Saint Louis is making the efforts to be an inclusive ecosystem.

I think a telltale sign of an inclusive ecosystem is diversity in all levels of the system. I would look for women, and minorities as employees, managers, executives, founders, board members and venture capitalists. If these positions are dominated by a handful of the same people, I would assume the opportunities are limited to them.

What are a few things that could be done to get there?

I think we’re doing a lot of the things we need to get there now. The first step is to provide opportunities.

We have programs to incentivize women and minorities to become founders, and programs like LaunchCode can now provide companies with skilled employees. The second step is to attract talent.

Arch Grants brings people from around the world to Saint Louis to build their company, and Stadia Ventures in a similar manner attracts entrepreneurs in sports. I think the combination of the quality and quantity of available opportunities for everyone will lead to a healthy inclusive ecosystem.

What are some wins that you’ve already seen that show we’re taking the right steps as a community?

The nationwide success of LaunchCode has been a big win, proving the long term impact when you open the funnel and give more opportunities. I think the investments in infrastructure and new co-working spaces are wins that show growing demand from new founders.

New collaborations like Maritz’s partnership with Capital Innovators show corporations are investing time and money in the growing startup ecosystem. These are all indicators that the land is fertile here in Saint Louis to grow a sustainable ecosystem.

In your role as a leader in the startup space, how can you use your influence to further progress and make STL’s ecosystem more inclusive?

I think my leadership role as a founder would be to deliberately create an inclusive company, and encourage other founders to do the same. There’s an abundance of talent from all walks of life, and I would capitalize on the unique insight each person brings to our company.

As a representative of diversity (being a minority) I would encourage other minority employees, managers, executives, founders, board members, and venture capitalists to continue the task of building this great city as all Saint Louisans do—with a lot of hard work and dedication.