Pipeline Entrepreneurs is now accepting applications for their 2017 fellowship from September 1-October 19.

A unique and rigorous yearlong business leadership development program, Pipeline blends workshop modules, advice from national experts, and a deepening of the relationships among new and current members traveling throughout the Midwest for modules as well as an inaugural module in Ireland set to take place in just a few weeks.

“Over the last ten years, Pipeline has helped 100 high growth founders in building global businesses, right here in the Midwest,” said Joni Cobb, Pipeline President & CEO in a statement. “We’re continuing to expand our network both nationally and internationally. There’s never been a better time to apply to Pipeline.” Pipeline has also rolled out a new logo and website to celebrate the anniversary.

Select fellows will be invited in for first and final rounds of in-person interviews with experts from around the region and the nation. The newest class of 10-13 entrepreneurs will be announced January 26 at Pipeline’s 10th annual The Innovators event. 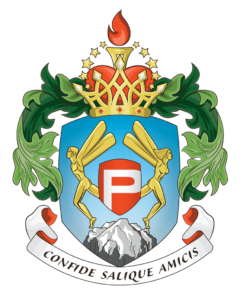 “Pipeline goes through a process to vet its entrepreneurs and has the filters with thought leadership to say ‘who are the most promising people in the future to lead,’” said Tom Hillman, Founder Lewis & Clark Ventures in a statement. “Those are the people that we want to support because the overall difference is exponential.”

For more information or to apply, visit pipelineentrepreneurs.com