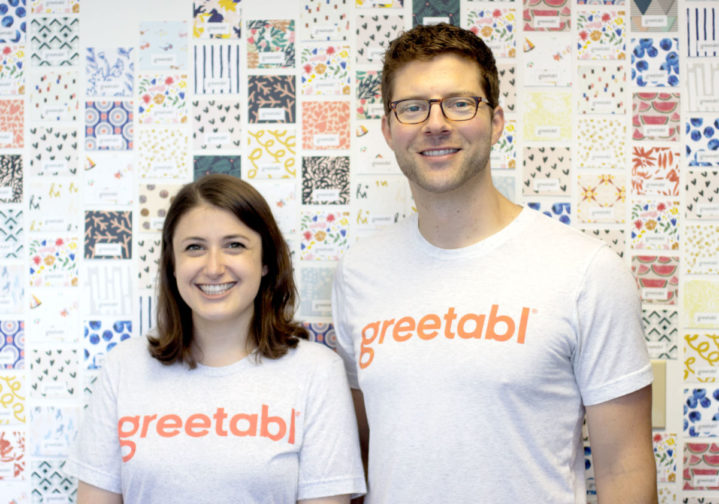 Greetabl Raises $1.5M Funding Round to Expand Platform and Break into New Markets

The round was led by PinPoint Holdings, a private holding company based in St. Louis that invests in emerging growth companies with a focus on St. Louis and the Midwest. Greetabl received additional investments from Lindbergh Technology Fund, Missouri Technology Corporation, and private angel investors, including Billiken Angel Network and Centennial Investors.

Greetabl says it will use the funds to launch new platform features, hire key employees, and expand its marketing, including breaking into new markets. “Greetabl is all about helping our users be the best possible friend,” said Greetabl Founder and CEO Joe Fischer.

“Today, we’re doing that for tens of thousands of customers by solving the Gifting Gap. Tomorrow, we’ll solve pain points around staying connected that are not currently being addressed in the market. We are rethinking everything, and couldn’t be more excited about the opportunity ahead of us.”

Greetabl is known for its patented greeting card that doubles as a gift box. Each package can be customized with photos, a message, and a small gift, which the company then sends directly to the recipient.

Prices range from $15-$30, what Greetabl calls the “Gifting Gap”; those instances when a greeting card is not enough, but flowers and other gifts are too expensive or not personal enough.

“The Greetabl team has developed a creative and innovative platform that takes the guesswork out of personalized gift-giving,” said PinPoint Holdings Partner David Christenson.

“Online personalization is a very compelling space and Greetabl has the combination of brand, technology, and execution to be a major player in gifts and greetings. We look forward to helping them continue their extraordinary path of growth.”

Since its October 2015 launch, Greetabl has significantly expanded its offerings and reduced processing time. Greetabl now ships its photo-customized greetings at an industry-leading two day turnaround. The company has collaborated with top tier brands, and sees a major opportunity in corporate gifting.

Greetabl is an Arch Grants recipient, a graduate of the Capital Innovators accelerator program, and is housed in T-REX Startup Incubator in Downtown St. Louis. In 2015, Greetabl won the TechCrunch Pitch-off Competition less than a month after launching.

“Capital Innovators is excited to be re-investing in Greetabl,” said Lindbergh Technology Fund General Partner, Judy Sindecuse. “Greetabl went through our Accelerator in Fall 2015 and has shown incredible revenue growth since our first investment.”

“We’re thrilled to be a part of their ongoing growth and helping them scale into the future. If you haven’t given someone a Greetabl, make sure you do so.  It is truly a gifting experience for both parties.”