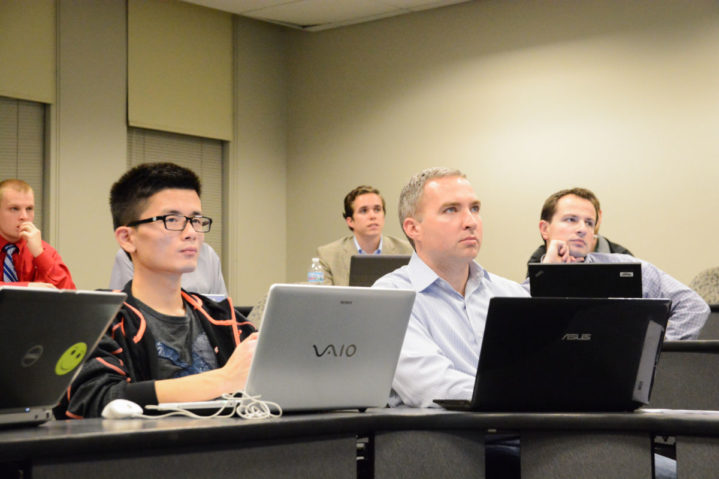 While St. Louis has been becoming more known around the country as an emerging hub for tech startups, Saint Louis University is a place where a focus on entrepreneurship isn't a new trend. 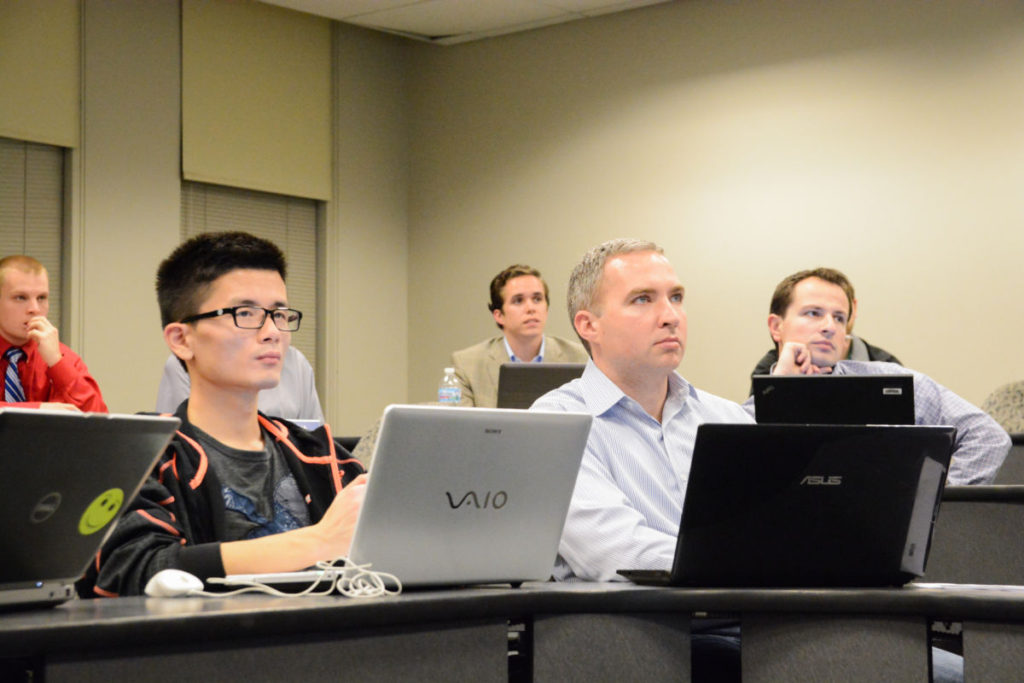 The History of SLU’s Entrepreneurial Leadership

Both Hayden and Dr. Katz are quick to acknowledge the leadership, guidance and standard set by Dr. Robert Brockhaus, whom they both call the father of entrepreneurial education, as the reason for the success of entrepreneurship at Saint Louis University. Brockhaus began teaching entrepreneurial classes at SLU in 1973. Previously, classes were taught only by business owners themselves “basically telling war stories of ownership” says Katz. “When Bob taught with a PhD, that was unusual.”

Over time, there was a shift from business owners as teachers to having professors lead the classes. “But Bob was very adamant about having a strong community engagement,” Katz says. “He wanted entrepreneurs and business experts alongside the professors to teach the classes.” Now, all entrepreneurial classes are co-taught with professors and entrepreneurs from the community such as Judy Sindecuse, CEO and managing partner of Capital Innovators; Kyle Welborn, co-founder and partner at Cultivation Capital; Marian Nunn, former COO and CFO of THF Realty and current executive vice president at TKG Management; and Ed Domain, CEO & Founder of Techli and “The Domain Tech Report.” And each year more than 300 other community members interact with entrepreneurial students every year as guest speakers in classes around campus.

According to Hayden, the average for students in entrepreneurial classes to community business owners in the top 25 entrepreneurship academic programs is four students to every one community member, but SLU’s average flips that average to have three entrepreneurs for every student. This gives students more hands-on time with business owners, and more opportunities to network and find mentors for students to grow and build their own business ideas. “This average is the cornerstone of our success,” Hayden says.

This average also means that many community members are seeing innovative ideas from students as well. In the early 2000s there were several co-teachers who were excited about the startups students were creating, but found it tough to find funds in St. Louis to support those ideas and keep the businesses in the St. Louis ecosystem. In other words, Saint Louis University was graduating these students with startups, but there was no pathway to keep them invested in the St. Louis community. These teachers came to Dr. Katz and asked him to create an angel network. “They told me if I created it, they would back it, but I needed university buy-in,” says Katz. So that’s just what he did.

In 2008, the Billiken Angels Network started with $1M of university endowment. The fund originally only supported businesses with “SLU DNA” (founded by a SLU student, alumnus or faculty). In 2013, the Angels opened up to include investments in St. Louis area businesses “that can make a difference in the economy of the St. Louis region, and in the lives of the people living in the region and elsewhere” according to Billiken Angels Network page. Prior to 2013, the Angels completed three deals, but since the charter opened up to the St. Louis region, the Angels have completed 16 additional deals. The 2015 Halo Report cited Billiken Angels as the #3 Angel group in the nine-state region.

Changes in Entrepreneurial Education Since 1973

The curriculum for entrepreneurship classes has also seen growth based on having more information about many different aspects of running a business. At the start, there were only four journals focused on entrepreneurship; now there are more than 150.

Perhaps the biggest change that SLU’s entrepreneurial education has seen is the expansion of entrepreneurial classes outside Cook School of Business with entrepreneurship classes being offered in every single school on campus. “There are hundreds of students working on entrepreneurship on campus any given semester,” Katz says. “You can start a business in any discipline,” and SLU aims to make sure that all entrepreneurial ideas are both celebrated and encouraged.

Some of SLU’s entrepreneurial alumni include the students who created Shipworks in the dorm rooms and sold the company for $22M 10 years later; Chris Sommers, founder of Pi Pizzeria and several technology companies; Jim Kavanaugh, who co-founded World Wide Technology and owns the St. Louis FC professional soccer club; and Mary Jo Gorman, who built Advanced ICU Care into the largest provider of tele-ICU services in six years to help create Prosper Women Entrepreneurs, where she serves as Managing Partner. In the local tech ecosystem, two notable SLU alumni include Robin Rath, cofounder of Pixel Press and Joe Fischer of Greetabl. “We have so many great alumni because of how long and how successful SLU has been doing this,” Hayden says. “It’s a good problem to have.”

If Dr. Robert Brockhaus is the founding father of entrepreneurial education at Saint Louis University, Dr. Katz is the godfather of the global entrepreneurship family, according to Hayden.

Saint Louis University has its finger in everything going on in the St. Louis ecosystem as well as a global entrepreneurial ecosystem, not only because of the tenure of its entrepreneurial program, but also because of its successful model for education with top-notch teachers and strong community support. “We practice what we teach, and we teach what we practice,” Hayden says.