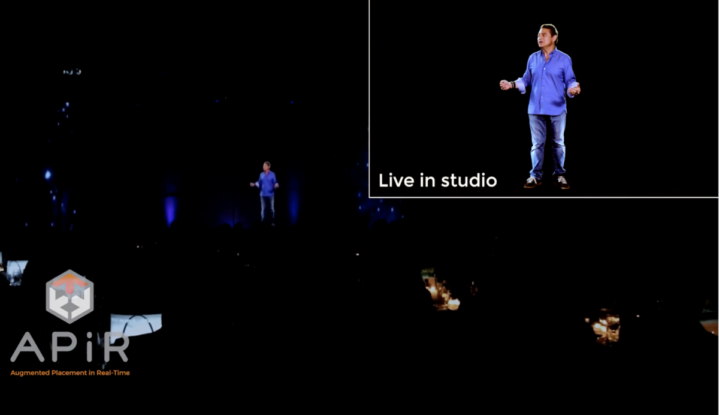 As a startup founder and business owner myself, I have to admit to exhaling a sigh of relief when Keith Alper – the definition of a serial entrepreneur in St. Louis – levels with me at the Geniecast offices downtown and says, “Nothing is easy. Everybody thinks business is easy, but everything is hard!”

The founder of the Nitrous Effect (which itself is seven different enterprises that function independently and yet collaborate on key projects), is excited because his latest venture, Geniecast, has crossed the two year line. That’s a milestone for any business, and especially for a startup, so Alper is naturally ebullient about sharing his new business plans with EQ.

“Year over year we’ve seen 50% growth, which is a really big deal for any new company. We’re already generating revenue. We’re doing something nobody’s done before and just getting ready to do our next big raise.”

Geniecast is an online presentation broadcast through a two way live stream between speaker and audience, “anyone, anywhere, anytime.” Upon crossing the two year threshold, Geniecast is announcing a new product, called APiR, which stands for Augmented Presence in Real-Time.

Alper’s vision is to create the world’s first marketplace of thought leaders, experts and authorities.

“In 2015 we raised a quick $1m dollar seed round in two days. Which was from a three page deck like, ‘my crazy idea.’ We knew we were going to need significant capital, significant growth and outside investors, so we did that outside of CPG.”

Alper and the team at Geniecast rolled out the new business the following year (2016).

“There’s a lot you can do to create two-way live experiences with the current technology. Text, apps, mobile, AR/VR. We hate the word webinar, but regardless of the solution, you still have to send the invite and they have to click to register. Whether it’s 200 or 2000 people. It just doesn’t make sense to be bound to a specific platform.”

The technology behind APiR has already been deployed in St Louis, in the last 12 months. At the 2017 Arch Grants Gala, Peter Diamandis, co-founder of Singularity University (SU) and founder of the X-Prize (which led to Virgin Galactic), presented a keynote via a similar style projection technique directly from Los Angeles via DreamStore Media.

Similarly, at a small private event, generations experts David and Jonah Stillman appeared on the same stage while only one of the father-son combo was actually in the room.

Marketplace of Just in Time Speakers

Just as Uber and Airbnb are able to utilize idle drive time in a car or vacant time in an apartment, Geniecast offers the same ‘gig economy’ style options to their speaker network.

“We call them Genies, because they can be present to discuss anything,” Alper explains. The startup’s value proposition to experts and speakers alike is to join the platform to deliver talks virtually, in their downtime, or at their convenience.

Of the resident Genies, many are industry thought leaders who don’t have agents. Through Geniecast’s marketplace, authors, activists, experts, consultants, business leaders, and entrepreneurs, can offer their expertise for any kind of meeting, from boardrooms to book clubs, church groups to C-suite only conferences.

Airbnb and Uber didn’t just win on the supply side either. These gig economy platforms also inspired new types of consumers: a new generation of adventure travelers and even riders, who previously would never consider taxis.

Similarly, democratization of access combined with the utilization of down time could create a new market for just-in-time thought leaders. Geniecast hopes the ability to offer remote access to experts in a two-way virtual meeting might also activate a new type of conference and events industry buyer.

“Appear (APiR) is our most expensive product and it shows off the possibilities the best. But ultimately, our dream is doing Geniecasts thousands of times a day. It’s in the mid-market of speakers where we see most potential for growth.”

To that end, Geniecast intends to adapt to an empowered buyer and prides itself in offering a whole different way to do a cast as standard. The presenters, referred to as ‘Genies’ on the platform, can adapt the cast into an interactive show format according to their needs.

Genies are advised to, “Think of these as conversations that you’re engaged in,” explains Alper. “We’ve really worked hard to learn what works and doesn’t. What’s cool is, some speakers change up the traditional presentation format.”

Specifically, one Genie was invited to speak for two full hours. Any presenter would fear that’s a long time to miss the mark with your presentation or risk being boring and irrelevant.

So, the speaker agreed to do it if they did an audience Q&A first. It was a strategy to help gauge the audience first, to see what they really wanted to learn about, “It informs me what the audience really wants.”

Offering the audience the ability to set the agenda is reminiscent of an advanced concept, called Open Space Technology, which was designed to host modern town hall meetings. They’re characteristically longer than a keynote presentation, but have proven to be extremely successful in activating audiences to engage in civic life.

Extending the analogy of a town hall to the boardroom makes the mind boggle with the possibilities of what types of remote working opportunities could be created should Geniecast rapidly expand their footprint. By monetizing down time, Geniecast offers an attractive deal to channel partners too, such as speaker bureau’s and training organizations.

The team has already proven they can match timely speakers to the biggest client questions of the day, and established their business concept as ‘live and two way,’ so now the goal is to expand the delivery network and chase the democratization of content opportunity.