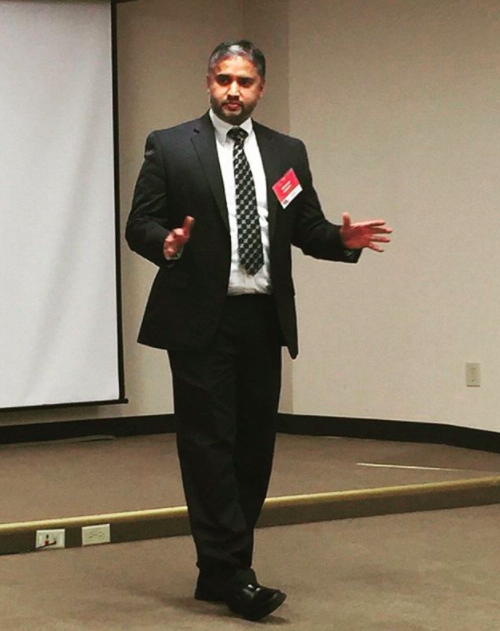 Want to overhaul a traditional industry? Take a problem, stir in technology and voila: Uber and Lyft upend standard transit options, AirBNB takes on the hospitality industry and Square revolutionizes how both small and big businesses make transactions.

We can easily reference the game-changers above because they’re companies that often directly affect us; we use the apps and reap the benefits. But there are still plenty of issues buried away waiting for startups to take them on with technological improvements.

Hexanika, one ofSixthirty’s Fall 2016 companies for example, is looking to overhaul an aspect of another traditional industry: Banking. Specifically, using Big Data to tackle burdensome compliance and regulatory issues.

A leader in the emerging Regulatory Technology space, (RegTech; think of this area of focus as FinTech’s younger sibling) Hexanika is taking aim at a sector ripe for improvement.

As banking regulations have evolved and increased significantly over the last decade, impacted in large part by the Dodd-Frank legislation following the ’08-’09 financial crisis and the significant amount of data now available, the process of data collection and reporting as well as the overall operational impact of financial firms has been mired by the requirement of a manual workforce that works tangentially with lengthy and costly audit systems.

Yogesh Pandit is CEO and Co-founder of Hexanika, based in New York City. Prior to starting the RegTech company, Pandit was senior vice president at Citibank, responsible for sourcing and collecting data focused in the area of regulatory and compliance.

He admitted that though he was working with both a large budget and workforce, there were many sleepless nights, leading him to realize the need for change. “It was a slow process,” he says, referring to traditional data sourcing and reporting.

“We had the data, it was ours, why couldn’t we handle it ourselves? And just adding people was not going to solve the problem—we needed innovation.”

So he, along with his co-founder and CMO Huma Usmani (also formerly of Citibank) and CTO Makarand Gadre (formerly of Microsoft) created Hexanika, offering solutions to mid-size to large financial institutions, with two different products:

As Pandit and his team were entering the market with Hexanika, he says there was no program or software that offered data collection and reporting from end to end, which is what is required of financial institutions.

“We didn’t want to just take care of one piece of it,” he says. “We wanted to take care of it all, from end to end, explaining how a number was built, the changes made and the original source.”

The regulatory and legacy software that was available, Pandit says, had the goal of optimizing the technology. But now, pointing to the increasing data available at lower costs to everyone (think of how much data space is on your current laptop versus the one you owned five years ago) that goal should pivot.

“Now what is important is to optimize people, not technology,” he says. “Our focus should be to use innovative technologies such as machine learning, robotics and Big Data to automate this. So if I have the data, the technology should do all of this sorting on the backend. If there are automated cars, why can’t there be automated data sourcing?”

Overall, the Hexanika mission is to create products that make data sourcing and reporting for financial institutions simple, smart and effective.

“If you talk to the C-level executives at the bigger banks and ask them, “What is top of your mind? What is keeping you awake?” they will probably speak about regulation and compliance,” he says. “For example, banks in this region have been asked to reduce their operational costs and improve efficiency, and while they are cutting expenses in all of the areas, expenses in regulatory and compliance is only going to go up, because everything is changing so rapidly.”

That’s not to say all regulations and compliance rules are for naught, Pandit is quick mention, pointing to the Wells Fargo scandal this past fall as a prime example of the need for accountability and trust in financial institutions big and small.

“If you know that one of the most reputed banks is cheating people not just for a month or two, but seven years, that’s a systematic problem and people want to identify any with other banks too,” he says.

Hexanika’s involvement with SixThirty this past fall helped the RegTech company make critical connections to financial institutions with bases in the city.

Prior to the program, Pandit and the Hexanika team’s streamlining software has attracted big name partners like Microsoft and IMB, as well as large institutional clients. Their work has also gained them an advocate in Congresswoman Ann Wagner, who represents Missouri’s 2nd district and serves on the House Committee on Financial Services.

Looking ahead, even if Dodd-Frank is repealed, Pandit estimates that 90% of banking regulations not associated with the Act would remain. And as the amount of data is only growing, he argues so innovation in RegTech will need to continue, despite banks’ overall weariness to change.

“The complexity is only going to grow,” he says. “We need to look at the issues holistically and efficiently.”

Investment POD is Bringing Wealth Management to a New Generation