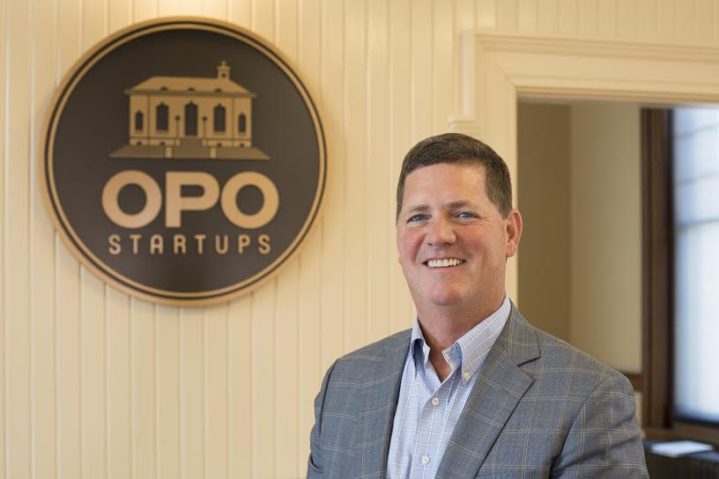 We sat down to talk with Randy Schilling and learn more about his road to entrepreneurship and how he used his own journey to build a startup community.

We sat down to talk with him and learn more about his road to entrepreneurship and how he used his journey to build a community that helps other startups find success.

Main Street St. Charles really seems to be becoming a destination for entrepreneurs. Why do you think that is?

I think there are at least three reasons. One is that the people are already here. It goes back to 1992 when I started my first company, Quilogy.

At its peak we had well over 500 employees, and it was headquartered right next to the old post office, where OPO is now. I sold that company in 2010 to Aspect, a large software company. They were across the street. And there were several other IT companies and a variety of creative shops popping up around the area, primarily focused on startup related activities.

Then you add to that the ambience of Main Street and the fact that it’s a historic destination. We have our coffee shop on the corner, our pizza and our beer—the three main ingredients of all startups right here!

Picasso’s Coffee is right across the street. Llywellen’s has the beer. And Frankie Tocco’s has some of the best pizza I’ve ever had. There are so many great shops and restaurants. It’s just a great environment.

And the third piece is the education side. We have great proximity to Lindenwood University, where there are about 60,000 students that we have access to. It goes back to the people thing—interns to draw from and graduates who now actually have startups at OPO, like Liviara and Snipe. And I have two Lindenwood grads working on my staff at Boardpaq.

On top of those three things, we’ve had incredible support from the city of St. Charles, the county, the state, St. Charles Economic Development Center and Partners for Progress. The community has really gotten behind our efforts here.

What did the beginning days of your career look like?

My first job out of the University of Missouri was an electrical engineer at Illinois Power. That was around the time when they came out with the ability to start networking PC’s, and IBM came out with the Token Network.

I was kind of a lazy engineer. So, I started playing around with these ideas in technology, always thinking of new ways to do things that would make my job easier.

I left Illinois Power and went to work for Grant Thornton to help build an IT practice around what was then called Client Server Computing, the ability to network computers versus using a mainframe. Quilogy got started on the back of that, but then later in 1995, you have the explosion of the internet. And that’s really how Quilogy grew.

What are some of your successes that helped shape your thoughts about entrepreneurship?

The iPad came out around that time, and I was sitting on all these boards carrying around these huge 3-ring binders. I thought, wouldn’t it be nice if I could get this stuff all in one place on an iPad?

And that was the creation of my current company, Boardpaq in 2011. Now we have 800 customers and 24,000 plus board members using this technology.

But it goes further back. I’ve always been fascinated with any type of technology, even as a young kid. I remember being in science fairs and building an elevator using electronics that were in my basement.

My dad was an engineer with McDonnel Douglas and was always tinkering with stuff. But before that, he was a door-to-door television repairman. So, he had all these electronic components on his workbench. We’d put old lights on a go-kart, create switches with parts and just enjoy experimenting with electricity and electronics.

That was a big driving factor for me, seeing how my dad and grandpa were always figuring out how to put things together and make them work. Both my grandfathers were farmers, and when you’re on a farm, you aren’t always able to call up somebody to come out and fix a broken down piece of equipment.

You figure it out and take care of it yourself. I’ve held onto that policy, and I think that, along with curiosity and a desire for life-long learning, is something that serves entrepreneurs well.

How did you leverage that entrepreneurial spirit into building a community?

Selling Quilogy provided me with some resources that I could use to start Boardpaq, but I also wanted to give back to the community.

These historic buildings in St. Charles are built to last. Taking on the project of restoring the old post office and using it in a creative way has really brought this part of Main Street alive for startup communities.

But there was also the desire to create an opportunity to hang around really bright people, to attract and retain talented people. And I thought it would be really cool if we had a place for startups and entrepreneurs to share ideas.

Who knows if there’s another Quilogy or Boardpaq that comes out of it and becomes a great success? What a great way to have spent this time of my life!

What is your best piece of advice for someone just starting out on their own entrepreneur journey?

Surround yourself with great people—talented people you can learn and grow with. At OPO there were people working out of their homes or a restaurant, and they came here because they were looking for other people to collaborate with. Take the opportunity to learn from others.