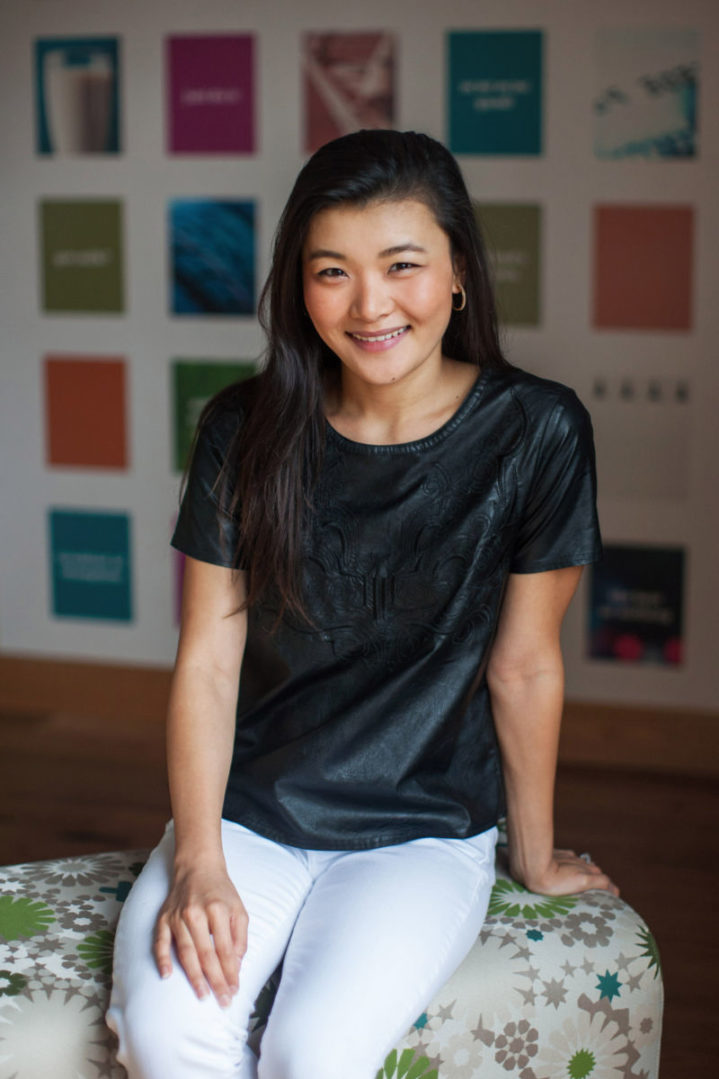 Diana Zeng chose to move to St. Louis— she just didn’t intend to be here longer than four years. A Boston-bred WashU student pursuing business, Zeng had always planned to return to the East Coast after her graduation in December of 2014—but a Skandalaris Center internship with Chris LeBeau, who at the time was with Gateway Venture Mentoring Service, made her rethink her next move.

“Chris opened my eyes to the different neighborhoods in St. Louis,” she says. “We‘d work in different coffee shops in Shaw, or we’d go to Cherokee Street and see all these different places. He was such a St. Louis advocate. I was like, ‘Wait a minute, this place is amazing, and I didn’t even really know about it.’”

After graduation, Zeng stayed in St. Louis working remotely as the director of marketing and development for Michigan-based startup DijiWise. The hardest part for her—and many other post-grads— was building meaningful relationships.

“I have a lot of friends in other cities who arrived after college and felt like they had a tough time getting to know people,” says Zeng. “I don’t think it’s a St. Louis-specific problem—I just think everyone’s moving. It’s tough to make friends because no one feels stationary.”

The 20-something desire for more meaningful connections was the impetus for Full Circle St. Louis: a nonprofit startup that connects young talent to St. Louis to build a more economically vibrant city. Zeng–Full Circle’s only full-time staffer–along with Tyler Sondag, Andrew Pandji, Seiko Shastri, Samir Adrissi and Kyle Knoke, made up the global group of founders who fell in love with St. Louis and wanted to help other young locals feel the same through professional, social and civic opportunities.

“What we’re trying to build is a channel for people to get to know the city and build a network of relationships here,” says Zeng.

Full Circle’s current programming does just that: CityTrek events combine social gatherings with cultural tie-ins, like a scavenger hunt under the Arch, while Beef and A Toast gatherings allow small groups to openly discuss of-the-moment local issues and then toast to being a part of the change. Plans for more professional programming is in the works, as well as a campus ambassador program starting this fall.

Working for—or creating a startup—can be a 24/7 focus, but everyone has to step away. We’re always curious about where our city’s innovation class heads when they want to eat, relax and hang out, so we asked Zeng some rapid-fire questions to see what she’s up to when she’s not in Full Circle mode.

What’s your order?
Iced green tea and a chocolate-chip cookie

Which book would you most recommend to someone? “Tiny Beautiful Things: Advice on Love and Life from Dear Sugar,” by Cheryl Strayed

What’s one show you recently binge-watched?
“Game of Thrones”

What are you currently listening to?
Hozier, The Lumineers, classical piano music

Where was your best meal in St. Louis and what did you have?
Lona’s Lil Eats—their five-star platter and a coconut cookie

What’s your hidden talent?
People are surprised that I was a competitive swimmer for 13 years.

How do you de-stress?
Drawing and art definitely calm me down.