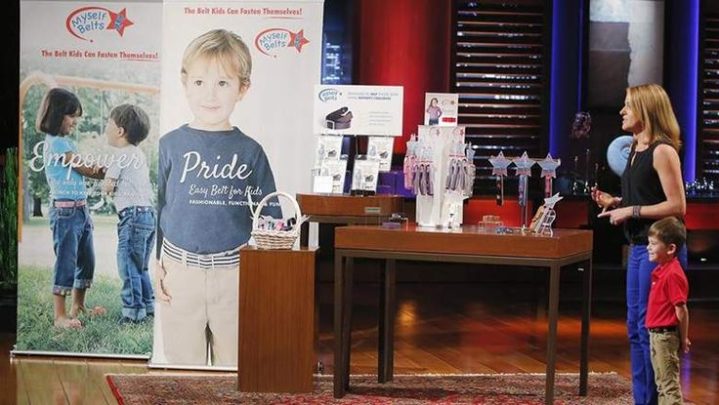 Myself Belt's Talia Goldfarb shares how she knew when she needed to ask for more mentorship.

I am a big fan of the show “Shark Tank” and find it both entertaining and educational. It’s also the the one place on network TV celebrating entrepreneurs. Over the years, the show has funded many ventures some that have become quite successful. One venture I’ve followed even before it swam in the Tank is Myself Belts.

Myself Belts is a St. Louis company started in Talia Goldfarb’s living room as a direct result of having to help her toddler make the move away from diapers. What Goldfarb realized in caring for her son became the genesis for a one-handed self-tightening belt that could make it easier for kids to keep their pants on. When the founder appeared on the show, she received an investment from Daymond John and has been closely involved with him ever since.

What I didn’t realize, until I interviewed her recently, was how the continuum of mentorship changes as the founder acquires new skills and new challenges. The choice of your mentoring team is important, but just as important is understanding when you have outgrown your mentors and when you must seek out new advisors.

But I am getting ahead of things. Myself Belts has been in business for 11 years, and while it only employs a few people, the company has seen success with revenue continuing to increase. But about halfway through its existence, Goldfarb knew she needed help. At the time there wasn’t a “Shark Tank”, and there were few resources in St. Louis offering mentorship for entrepreneurs. Still, Goldfarb tapped the Gateway Venture Mentoring Service for guidance.

“It was a great first introduction to having outsiders look into my business,” Goldfard says. “Our mentors were helpful to talk through our partnership with what my sister—who isn’t actively involved currently with the business—and I should have done when I first created my business. They gave us advice on how our books were kept and how we operated. We met with them several times a year for two or three years.”

After working with Gateway’s mentors, she moved on to the Entrepreneurs Organization (EO) and their Accelerator program.

“When I first opened my business, I wasn’t able to spend [monetary fee]. Later on, I realized that this investment was worth it, and I got a lot of great suggestions and really appreciated their support system.” 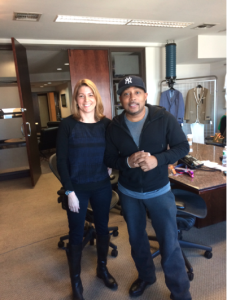 While she was with EO, the idea of applying for Shark Tank was brought up and it seemed like the right time.

In doing the extensive preparation and application work for the show, Goldfarb honed her business skills even further.

“They have a very long questionnaire and in the process of filing it out I realized I had to streamline my business practices and potentially look at ways to be more productive with customer service,” She says. “The process really made me look at my business through very different eyes—improving and changing almost everything we were doing. It made me think bigger, and try to understand my goals and how I want the business to grow and change.”

Part of her preparation before appearing in the Tank was getting a lot of practice in front of people she knew were going to be critical of her presentation.

“I was prepared for every question that they asked me in the Tank,”she says. “In the real world of pitching, no one is trying to screw with you for the sheer entertainment value. But the show is so edited—I was in the Tank for 50 minutes and it was edited down to just six minutes.”

Though it was a long process, Goldfarb’s preparation and paid off.

“Be comfortable with getting your work marked up with a red pen and have an attitude that you are going to listen and incorporate feedback,” she says.  “It isn’t just a thick skin, but fine-tuning what you are doing, and using this feedback to get better. You need that mentality if you want to improve and present yourself in the best way you can.”

Since appearing on the show her business has grown, in large part due to John’s assistance, which occasional came in unexpected ways.

“He has many people who I work with either daily or weekly on issues like licensing, web work, product development, buyer relationships, as well as expert designers and manufacturing,” she says. “The list goes on and on. For me, it’s been surprising how helpful and how focused his staff has been and how they all sincerely want to support my business.”

“There are a lot of creative and cheaper ways to get press, for example,”she says. “You don’t have to hire people if you can do it yourself and have a more strategic impact. And don’t forget that partners; leveraging their relationships holds tremendous value.”

Overall, Goldfarb looks back on the growth of her business as well as her own knowledge and says she finds it hard to believe how far she’s come, although there is always so much more to learn.

“I didn’t realize how much I’ve learned in those 11 years, because you are just in your own little bubble,” she says. “So it feels good to be able to help someone else along their own startup path. It’s amazing how different the St. Louis startup scene is now, and how much more information and mentoring are now available to entrepreneurs. Today’s entrepreneurs are very dialed in to what resources are out there and how to best tap into them. Startups are much more top of mind these days!”