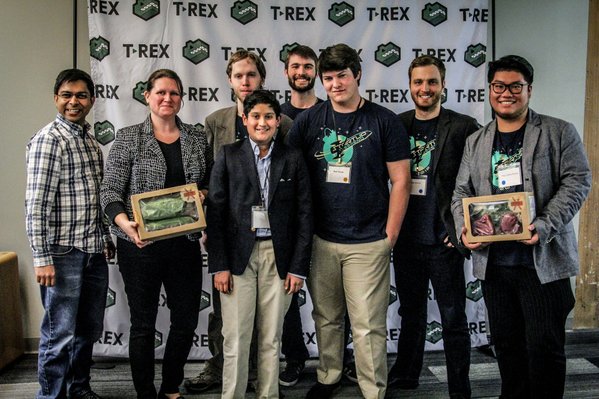 A lot of young professionals like the idea of cooking for themselves after a day’s work, but many don’t want to go through the hassle of an hour-long grocery trip and many more don’t have the foresight to order a ready-to-make meal a week in advance. Enter Startup Weekend 2015 winners: Dinner Kits.

Talk a little about your team and how you all came together last weekend?

Martha Valenta: We came together through the magic of Startup Weekend. Brian pitched this idea, the rest of us chose to develop it.

Turns out, we were quite the eclectic bunch. We even had two high school wunderkinds (who ended up being our secret weapons) and a SLU student who had pitched on Shark Tank, sold her company and started two more.

Other team members included a nutritionist who had worked for six years at Schnucks, an exchange student from Australia who had pitched a similar idea at a pitch competition there and a SLU B-school student who was close to graduating.

Brian Nichols: I’ve been thinking about the idea behind Dinner Kits for months now. I’m the target demographic for our competitors, but I’ve never bothered trying them because I have no idea if I’m going to be cooking dinner at home in a couple of days, let alone in the week or so I’d have to wait to receive a shipment from Blue Apron. At the same time, I could see myself stopping by the grocery store and buying a ready-to-cook meal with the same frequency I get carry-out.

Speaking of companies like Blue Apron, how do you plan to differentiate yourselves?

Brian: Our main differentiator is the added convenience of being able to pick up one meal at a time at a nearby grocery store versus ordering multiple meals a week in advance. Our customers will be able to plan dinner in just a few minutes by checking our app in the same way they check Grubhub for takeout or Yelp for a new restaurant.

Give us a little rundown of your weekend:

Martha: The weekend went fast! Friday night we chose our teams, tossed around a lot of ideas, and, of course, introduced ourselves. We may have spent a little too much time talking about how much we loved the idea, because we ended Friday night without much getting finished!

Saturday we planned and sent out the survey. We went to various stores around town to talk with store managers and shoppers. We developed our packaging prototype.

And, in the wee hours, we had about an hour-long giggle meltdown. We were definitely the team that was having the most fun. People from several other teams came by our meeting room to find out what all the laughing was about.

On Sunday we were back to business. (I) connected with (my) cousin, restaurateur David Bailey, to price and acquire food for a particular recipe. Ehan and (I) portioned out the food, vacuum-packed it and neatly filled the Dinner Kits prototypes. (We) then set up a makeshift kitchen on the sidewalk and began to prepare a meal. Jacky was taking great photos the whole time.

In parallel Brian, Bob, and Satya were putting the presentation together. It was crazy. I don’t think anyone knew what was actually going to happen in the actual pitch—but we had survey data, a prototype and a delicious meal to place in front of the judges!

What was the most enjoyable part of the experience for you all?

Dan Palkovic: For me, it was watching the prototype come together on Sunday. Seeing the results so soon was very satisfying. Cooking for the judges so we could show them the before and after almost felt like cheating.

Brian: For me it was watching a group of strangers with completely different backgrounds and skills come together to build something that had previously only existed in my head.

Martha: The camaraderie was fantastic!

As the winning team, you got the chance to pitch at TechCrunch Pitch-Off on Tuesday night. How did you prepare so quickly?

Martha: We met up on Monday afternoon to plan it—the team needed sleep! Monday afternoon we realized that we had so much work to do over the following 24-hours. (I) started planning the video, Brian started working on the pitch, Satya assisted Brian, Ehan joined Martha and Brian at Brian’s apartment to film the video GSM2015 video pitch Monday night.

Brian focused on the TechCrunch pitch when he wasn’t attending to his day job Tuesday while Martha produced the GSM pitch video on the iPhone. Really, the break-neck pace of Startup Weekend didn’t stop!

And what’s next for Dinner Kits?

Brian: Only a small fraction of Startup Weekend teams move forward with their idea, we don’t have any intention to stop the momentum! We’re already working on setting up a test market!