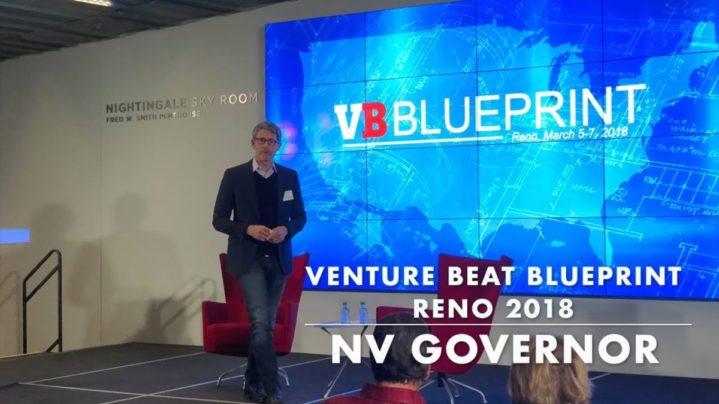 A Key Goal for Nevada’s Entrepreneurial Blueprint: Resilience in Tech

At the Venture Beat BLUEPRINT conference earlier this year, EQ contributor Luke Babich conducted a short interview with the Governor of Nevada, Brian Sandoval. We discussed his vision for a “New Nevada” based on tech growth and Nevada’s rebound from the recession since record-setting job loss around 2012.

A New Nevada Based on Tech and Quality of Life

“Of course we’re very proud of our history in our gaming, entertainment and hotels. Nevada is the entertainment and meeting capital of the world…but at the same time we knew we needed to diversify our economy,” the Governor says.

The state of Nevada and, in particular, Las Vegas, were at the epicenter of the 2008 mortgage crisis and the great recession that followed. Discussing the regeneration strategy, Gov. Sandoval pointed out that, in 2012, it wasn’t really an option for Nevada to sit back and depend on tried and true employment channels like gaming and hospitality, “[Nevada] had a 14% unemployment and we had lost 175,000 jobs, so there truly was a sense of urgency that we had to do something different.”

This effort to diversify the economy is a statewide priority built around the concept of job resilience particularly in the tech market. Nevada was vulnerable to recession in part because tourism was the state’s largest job creator, so when tourism dollars slowed, so did job growth.

According to recent job numbers, the State has since grown more than 230,000 jobs since then, 100,000 of which were in small business. “We are now a hub for technology,” Sandoval explained. “We’ve invested in our universities, we’ve invested in our K-12 system, and we’ve created a business environment unlike no other.

The vision for a New Nevada, according to Sandoval is to have “an ecosystem where the big guys and the little guys can be successful and they complement one another.”

Part of this effort is bubbling up from the existing business and tech community. One example is the Innevation Center, a technology co-working space founded in 2015 by Rob Roy, CEO of Switch, a data center and technology infrastructure corporation based in Las Vegas, NV. The center boasts a state of the art data center and hi-speed connectivity, a hi-tech makerspace, and currently houses over 70 small to mid-sized companies.

Another key in Nevada’s plan to build a resilient tech ecosystem is a trained talent pool. In April of 2018, the Governor’s Office of Science, Innovation and Technology (OSIT) announced over $2,000,000 in statewide grants for short-term STEM workforce training.

“One of my top priorities is providing Nevadans with the opportunities to acquire the STEM skills they need to embark on a career pathway toward success,” says Sandoval. “A highly skilled workforce will help Nevada’s economy continue to grow and prosper.”