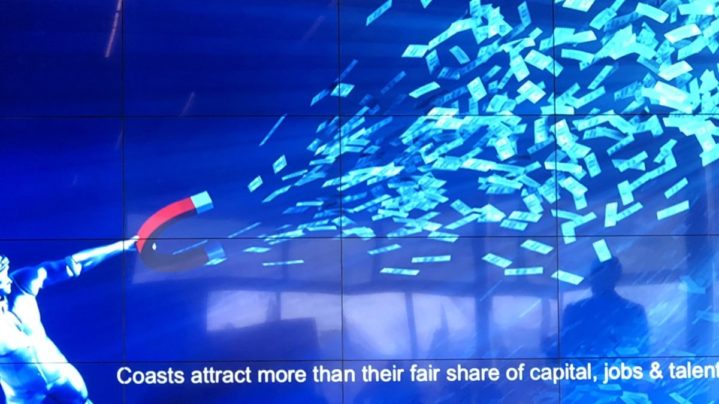 With venture capital funds such as Rise of the Rest standing by, there's no reason regional cities and local startup communities have to go it alone says Revolution partner David Hall.

When political leaders, corporate executives, and startups founders poured into Reno, Nevada for VentureBeat’s BLUEPRINT 2018 Conference, they were congregating to discuss burgeoning economic opportunity in America’s Heartland. One of those attendees, David Hall, serves as a partner at Revolution, a VC firm that’s raised a seed fund of $100 million called Rise of the Rest. 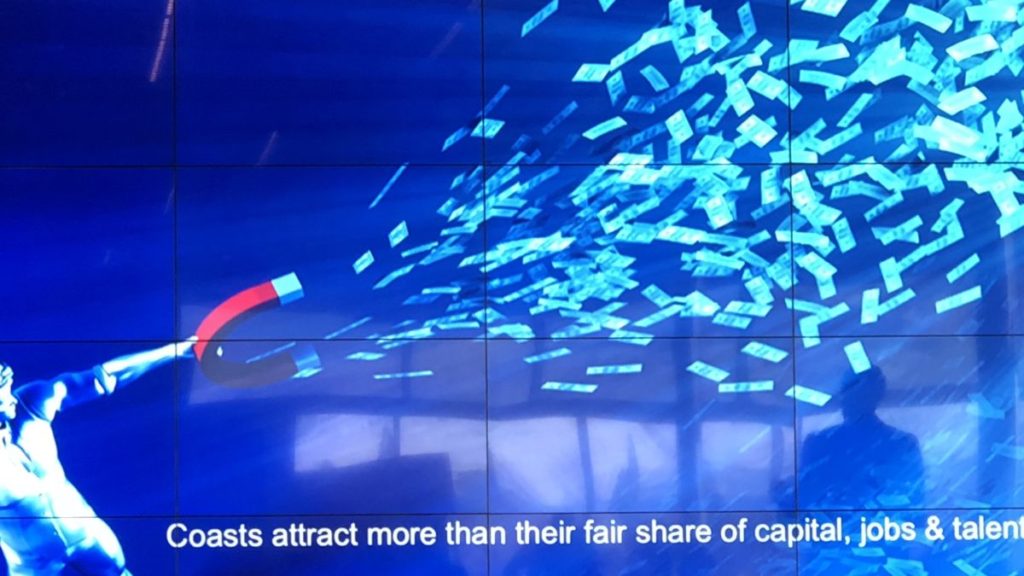 With 75% of funding capital going to New York, Massachusetts, and California, Rise of the Rest is changing the game by investing in startups based in emerging regional hubs. Entrepreneurial communities in places like St. Louis, Indianapolis, and San Antonio promise to do more than guide early-stage companies from adolescence into maturity; they have the means to empower cities that want access to the growth potential of the new economy.

According to Hall, regional cities can attract top talent and promising startups by fostering dynamic entrepreneurial ecosystems. For Rise of the Rest, the three core factors of Catalytic Capital, Network Density and Ability to Embrace Failure help determine what an encouraging startup scene looks like — and where the seed fund can best allocate that $100 million in capital

Unlike VC funds that demand board seats in return for their capital, Rise of the Rest makes its investments with the goal of bringing local investors and entrepreneurs on board.

“We’d prefer our capital to be catalytic,” explains Hall. “We want it to help these companies build a local, critical mass and critical infrastructure so they can scale quickly. The best way to do that is to work with local investors who know these companies and know these entrepreneurs through previous exits and activities so that we have a seat at the table as they begin to grow.”

This core idea is essential for Revolution’s model. They look for regions with an experienced community of local VCs who can act as a clearing house for area talent, helping Rise of the Rest keeps tabs on promising opportunities in addition to guiding selected startups out of their infancy.

This approach empowers locals Angels and VCs to foster thriving entrepreneurial ecosystems themselves with capital that catalyzes broader regional growth. To Hall, that’s worth much more than one seat on a board.

“It’s attractive to investors in Silicon Valley and New York who see a lot of opportunities,” says Hall. “If I don’t just look at Raleigh, but I look at Raleigh, plus Durham, plus Chapel Hill, I can fly there and I can fill my day with meetings.”

Mid-tier cities need to think regionally when working to develop the network density needed to entice funding. By supporting forums for business leaders and political figures to meet with startups, regional entrepreneurs can propel the ecosystem forward. This empowers them to bring in bigger VCs and larger companies, creating a snowball effect of economic growth.

Take St. Louis, for instance. A VC can do more than set meetings at T-REX and Covo downtown. They can also meet companies at Cortex in the Central West End and 39 North in the county, or visit OPO Startups and the growing entrepreneurship scene in St. Charles just 25 minutes away.

Teach the Ecosystem to Embrace Failure

Regional hubs investing in their startup communities need to learn how to accept failure. Otherwise, VCs may be skeptical about getting involved.

According to Hall, “Failure shouldn’t be seen as a bad thing, but as a positive thing. It helps progress the company and the idea and, by default, the ecosystem two steps forward.”

Valuing the instructional potential of failure is the marker of a vibrant, mature startup scene for Rise of the Rest. As Hall says, “You can make a mistake once, but as long as you don’t make it again, that’s progress.”

As Rise of the Rest works to support emerging startup communities between the coasts, entrepreneurial ecosystems that can confidently handle crises and learn from missteps are the most likely to attract critical VC support. After all, many VCs won’t consider investing in a startup whose founder hasn’t had at least one previous failure.

Fueled by catalytic capital and combined with a critical network density, an entrepreneurial ecosystem that takes risks promises to generate short-term gains and long-term growth for its startups, its community, and its wider region.