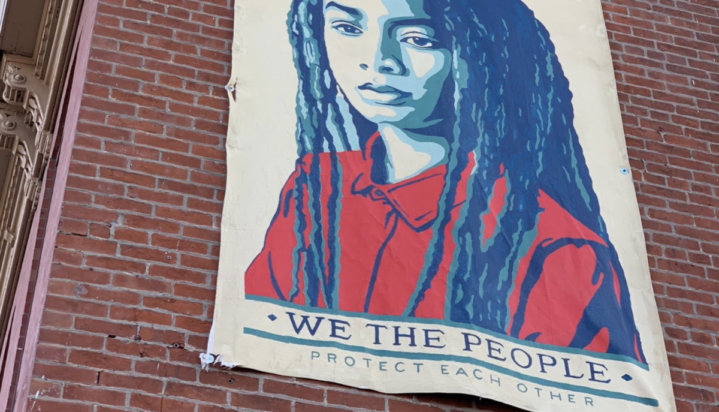 Two prominent figures in the Silicon Valley tech scene recently made public displays of affection for our city.

HuSTLing from Day One might just be paying off as it’s been a summer of love for The City. Or at least really heartwarming publicity around the startup scene here.

Not only did St. Louis get a massive shout out on stage at TechCrunch Disrupt in August, but a recent editorial in Southwest Airlines Magazine dubbed the region a laboratory of dreams.

What’s more, just yesterday, the man behind the Rise Of The Rest venture capital fund, Steve Case, Chairman and CEO of Revolution announced the first ever Forbes list of rising start-up cities nationally.

According to his rankings, St. Louis came in at number two!

From one hustler to another, we’ll take it. Second best is really best.

This past weekend, the CEO of Twitter and the CEO of Square, Jack Dorsey, returned to his hometown. Said hometown being St. Louis, obviously.

Back home in STL pic.twitter.com/H2iSqoV0iI

There was something whistful in his tweet that said, “Back home in STL.” The absense of any major landmarks in a shot of the golden hour over the city, seemed to betray an intensely personal connection as, to anyone else, that photo could have been of anywhere.

But to Dorsey, it was home. And he was happy to share that feeling with his more than four million followers.

EQ doesn’t actually know why Dorsey was in town, but it may have been to promote hiring at Square, as he tweeted about it the next day. Again, the hometown pride was on display, as he hashtagged the 314 area code.

Square is starting to hire engineers in my hometown of St. Louis. Excited to build this up! #314 https://t.co/jk11kQHDxR

It also looks like he attended the #SquareGames in Tower Grove Park.

For someone who runs one of the most public companies in the world, it’s actually fairly unusual to get to see things from Dorsey’s eye view in his Twitter stream. A selective tweeter, many updates are retweets, link drops or him simply sharing what he’s listening to.

But over this weekend a couple more photos revealed the workings of a private mind.

One was a photo of the Lemp Building, shot from an onlooking window. Perhaps a view from an office, or Dorsey eye-ing up a potentially new office space?

And the second, was just fundamentally more interesting, and suggested some care and concern for his hometown.

A photo of a public artwork hanging on the wall of a building, said We The People – a phrase from the U.S. Constitution which is often repurposed into conservative memes – but this poster intentionally disrupts those memes, by featuring a woman of color and the subtitle, “Protect Each Other.”

Perhaps he posted the picture simply as a reminder to himself, or a value he cherished for a moment, but it was especially poignant given some of the de-platforming conversations around Twitter that he’s been embroiled in this summer.

Who knows exactly what Dorsey intended to convey in sharing the photo, but what it did convey was that the billionaire hadn’t forgotten the struggles his hometown has faced, in both recent and ancient times.

In the vain hope-beyond-hope that Jack Dorsey himself might be reading this, I encourage him not to forget whatever personal meditations he had upon his hometown this weekend.

There’s definitely a lot more to love about St. Louis, these past few years. We can love the laboratory of dreams; we can love the opportunities.

But we have to love the reality too. And we must love who St. Louis is challenging us to be.

What I love about St. Louis is that there’s just so many people personally committed to working hard to make a difference here – they are not scared to face their own shadow.

The smoke is clearing. But division still persists. Just earlier this year, we just had to choose love and re-run the fun of opening the city’s most prominent national monument.

THIS is the beauty of STL. THIS is the #peoplesribboncutting! Looks like the Gateway Arch is officially open and expanded! Thanks to all that took these great photos, wasn’t me. Lol pic.twitter.com/e1DgxUbyWL

Thriving in any city can never only be about investment, jobs and startups. There’s an entire culture being built, one independent freelancer and artist at a time. I write simply to emphasize that people are rising – it’s all really happening. And, like Twitter’s tagline, it’s happening right now.

For example, Art Hackers are re-igniting interest in local historical heroes such as Buckminster Fuller and Marshall McLuhan. Just last week saw the Season 2 launch of a popular local web series called, Smoke City, by documentary film maker Cami Thomas. Her goal is to create windows into the different parts that makes the city whole.

To the city I love, the city that broke me, that built me, that impresses me every day: I love you. Hope this docu-series adds punches to our fight of conquering the work we have ahead of us.

If anyone can do it, it's us

So, Jack, thanks for sharing your bird’s eye view of your hometown. I hope you might have seen what I see too; which is “St. Louis is a city on a mission.” And that day-to-day bravery is what there is to really love about home.