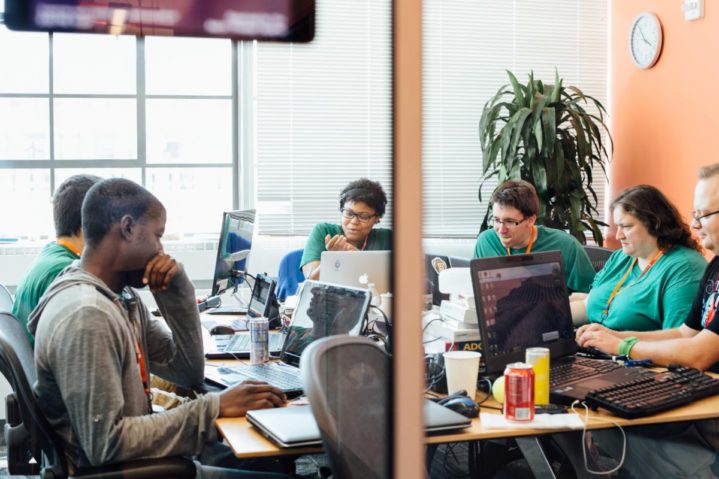 The sixth event for the St. Louis-based nonprofit will bring together developers, designers, technologists and entrepreneurs from all over the world to solve a single, massive civic technology problem to be revealed at the beginning of the hackathon by building software solutions over the course of the weekend.

Teams of up to eight people for the hackathon can be assembled beforehand or formed on Friday during the event. GlobalHack will be offering both online and offline opportunities for potential teammates to connect, including a recently launched Facebook group, a shared Google spreadsheet and team formation meetup events prior to the hackathon.

“We don’t want anyone who has the skills and appetite to compete to not attend because they don’t have a pre-made team. Several of our previous winning teams were composed of complete strangers who met for the first time at GlobalHack,” said Matt Menietti, GlobalHack’s Executive Director.

The organization expects 2,500 participants from around the world to compete in October through its Youth, College and Pro division, and has arranged for bus travel from a nearby cities and schools, including Chicago, Kansas City, Ames, Iowa City, Rolla, Columbia, Champaign-Urbana, and West Lafayette.

$1 million in cash prizes will be awarded to the top teams, including $250,000 in follow-on funds that will be used to take the most promising prototypes generated at the hackathon to market.

A limited supply of early bird tickets right now for only $10 . After those are sold out, ticket prices will increase incrementally until the event. For more information, head to the brand new GlobalHack website created by Enliven.