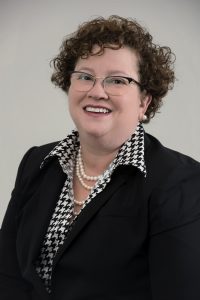 The fund’s investment opportunities will be primarily sourced from business incubators or accelerators associated with leading medical research institutions in St. Louis and elsewhere in the Midwest. Capitalizing on the strong local infrastructure for startup companies, including Cortex Innovation Community and BioGenerator, the early-stage development activities for most of these seed companies are expected to be conducted in St. Louis.

“With top research institutions like Washington University and Saint Louis University, communities dedicated to innovation, and an abundance of skilled talent, St. Louis is a magnificent place to grow early-stage biopharma companies,” said Dr. McKearn. “Archer will not only benefit from St. Louis’ assets, it will also accelerate and contribute to our startup ecosystem.”

Karen Gheesling Mullis, PhD, PMP, has been hired as a RiverVest venture partner and serves as president of Archer Seed Partners, LLC, which is the general partner of Archer Seed Fund. Tasked with sourcing and conducting due diligence on investment opportunities for the fund and then overseeing the development activities of the companies in which the fund invests, Mullis previously served as director of project management at Pfizer (previously Pharmacia/Monsanto/Searle), where she led the clinical development and registration of several breakthrough therapy cancer drugs.

EQ Staff
Stories published by EQ Staff indicate that the article has been produced by multiple authors or adapted from a press release that's been sent to the editorial team. Press releases are not paid for placements and are selected for publishing on a merit basis. If you'd like to submit a press release for consideration please feel free to drop us a line.