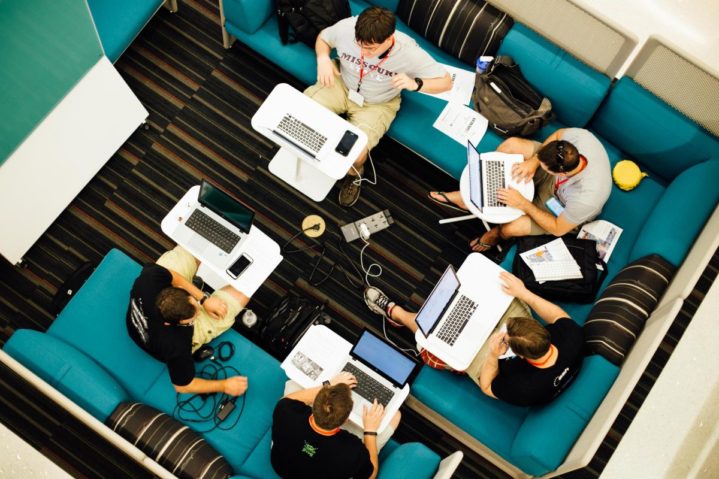 As a national research University with a strong emphasis on technology, research and entrepreneurship, hosting GlobalHack VI is a natural for SLU, said Provost Nancy Brickhouse, Ph.D.

With nationally-ranked programs in entrepreneurship and a commitment to helping others, participants will find a welcoming environment at Saint Louis University.

GlobalHack VI will bring software developers, designers, and technologists from all over the world to St. Louis to solve real-world, civic-minded problems over the course of an entire weekend. GlobalHack organizers expect more than 2,500 participants from multiple states and countries to descend upon St. Louis to compete for cash prizes totaling $1 million. Funding will be awarded to the winning teams and used as startup funds for the top products. In order to be eligible for cash awards, the software created must be open-sourced.

“We want to ensure that the prototypes created at our events don’t just sit on a shelf, so we’re providing cash incentives for teams to continue working and implementing their projects after GlobalHack VI is over,” said Matt Menietti, Executive Director, GlobalHack.

GlobalHack will divide the total prize amount across several tiers, including specific awards for Youth, College, and Professional divisions. With awards totaling $1 million, GlobalHack VI will be one of the largest hackathons in history. Registration for the event will open later this Spring.

The St. Louis tech scene has experienced an incredible amount of growth over the past few years. Business Insider recently ranked St. Louis as one of the fastest growing startup cities in the U.S.

“St. Louis is a city of doers,” said Menietti. “GlobalHack VI will serve as an incredible example of what can be built if you work hard, together.”

Over their past five events, GlobalHack has recruited 728 participants and produced 117 functional prototypes at their hackathons. The organization has awarded $275,000 in cash prizes to for its competitions to date.