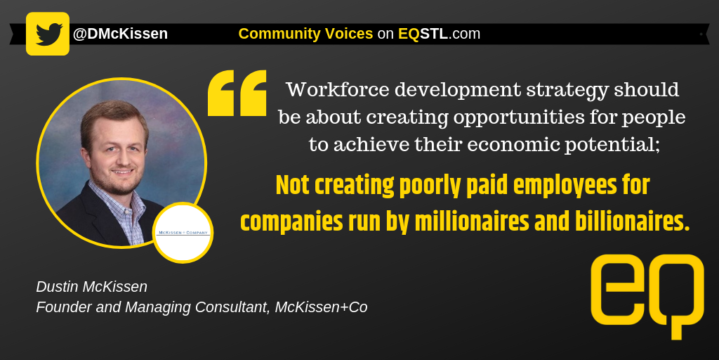 Some Kids Just Aren’t Meant for College (Just as Long as We are Talking About Your Kids, Not Mine)

A version of that statement has been uttered by countless participants in the countless number of workforce- and economic-development task forces and committees I’ve served on in my career. On the surface, a statement like that isn’t troubling — it’s the truth. 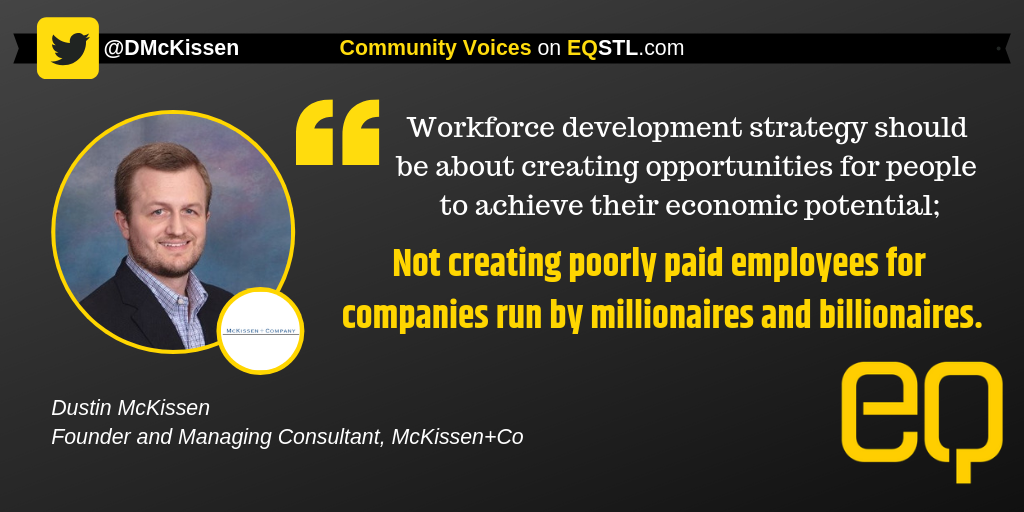 There are genuinely some people who don’t have an interest in or the ability to obtain a four-year degree.

The problem isn’t with the statement itself, or the reality that low-cost skills-based training alternatives need to be offered to students and adults who don’t have a four-year degree. The problem also isn’t a value-judgement on people who lack bachelor’s degrees. The smartest and most talented people I personally know are a former stay-at-home mom, a welder, a mechanic, and the manager of a Peterbilt dealership in rural Idaho.

Not a single one of those individuals has a college degree.

The problem is the hypocrisy and classism that drives much of the workforce and education discussion.

What do I mean?

Public sector workforce-development committees are usually stacked with the highly educated employees of local governments and other organizations with a stake in job creation and economic development. I once served on a workforce-development task force where the six participants had a combined eight graduate degrees. The irony of steering kids away from the educational opportunities that gave folks a seat at a table like that was lost on nearly every participant.

A few years ago, I worked as a consultant to a trade association of Midwestern plastics manufacturers. The owners of these companies created a task force focused on developing a qualified labor pool for positions that usually paid $10-12 an hour. It wasn’t long before this discussion became dominated by the perceived failure of the educational system to recognize that some kids aren’t college material and should instead be trained to use a plastic molding machine for $10 an hour.

It’s true: Some kids aren’t college material, and for some folks a $10/hour job is a good job.

However, when I asked those owners where they sent their kids to college, the answer was always the best possible college that kid could get into. When those owners talked about kids who were born to work on the plant floor, they were never, ever talking about their own children.

This issue is especially important to me, because I was once some kid who wasn’t college material. I graduated high school with a 1.5 GPA. I was—to any of the task forces I mention in this piece—a good bet to quit on. I will always be grateful that some well-meaning workforce- development strategy didn’t identify me as only having the potential to have the same career that left my father physically broken before he turned 45.

To a certain degree, a workforce strategy focused primarily on filling open jobs (or, worse, trying to attract the next Amazon headquarters) is morally troubling. Workforce development strategy should be about creating opportunities for people to achieve their economic potential; not creating poorly paid employees for companies run by millionaires and billionaires.

And it should never be about telling someone else that their kid’s destiny is a near-poverty-level job.

Too often the intersection of workforce development and education is framed as the failure to funnel low-potential 12th graders into low-potential jobs.

That needs to change.

A failing workforce-development strategy creates low-potential 12th graders. A failing workforce-development strategy is one chock full of career paths you would never recommend for your own child but are happy to recommend for children in the poor part of town. A failing strategy is one that views workforce development primarily through the lens of employers, and not the lens of the 7-year-old girl who could grow up to be a CEO, a teacher, an electrician, or a plumber. The choice should be hers—but it will only be hers if she has adequate educational resources and a community that finds the words “college material” deeply offensive to both the CEO and the electrician.

But addressing the complex educational and socio-economic factors that create a failing workforce development strategy is hard—really hard.

It’s much easier to say “Some kids aren’t college material.”

Just as long as we are talking about someone else’s kids.