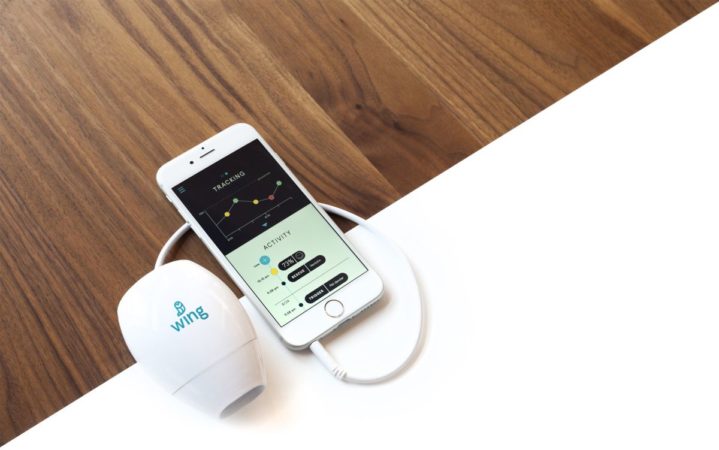 What’s Next for Sparo Labs

We speak with Sparo Labs Co-founders Abigail Cohen and Andrew Brimer about their innovative asthma-monitoring device Wing and what's next for this STL Startup.

The White House was the last place Abigail Cohen and Andrew Brimer, co-founders of the St. Louis medical device startup Sparo Labs, ever imagined they would end up. But on August 4th of this year, they joined more than 20 other startups from around the nation at the first-ever White House Demo Day, a promotion of entrepreneurship and diversity in tech and venture funding.

“Just being at the White House was a remarkable experience,” says Brimer.

“Behind our booth on the wall was the original portrait of George Washington, and there were all of these amazing relics. But what was really inspiring was the other people at the event. There were some pretty incredible stories, and it was great to get to know them on a personal level.”

So, how did these two Washington University grads end up at the White House? It all started their junior year.

Paired together at Wash U in a group called Engineers without Borders, they were tasked with finding a problem facing world health care and developing a concept solution in one year. We spoke with Cohen for a little insight on their device and how it came to be.

How did you choose asthma as the problem to solve?

After researching and interviewing physicians and patients, one of the conditions that stood out to us were respiratory diseases. About 30 million people in the U.S. have asthma, with 300 million worldwide, and those numbers are on the rise.

Asthma is the #1 reason for ER visits, hospitalization and missed days of school for children, costing billions of dollars in health care a year in the U.S. alone. And the crazy thing about it is that almost all of these are completely preventable as long as you know how you’re doing and are able to take proactive measures to manage your condition.

Unfortunately, asthma sufferers don’t have access to devices like, for instance, a glucose monitor for diabetic patients that would help them gauge their respiratory symptoms and issues accurately.

What solution did you come up with?

It’s called Wing, and it’s a device that plugs right into your smartphone. We looked at a spirometer, which is a large hospital-grade device used in doctor’s offices to diagnose and monitor asthma.

We thought what if we could take this technology and put it into every patient’s hands? How would that change how they could manage their asthma?

Instead of just reacting to symptoms, they could actually take proactive measures to prevent them. So, we created totally new technology from the ground up that measures what a spirometer measures, but we made it affordable (around $100) and easy for patients to use.

What makes it so innovative?

Where it really gets interesting is what you can do with the software. By using the smartphone as a platform, Wing provides a simple and seamless way to see how your lungs are performing.

And you can track that over time—the more you use Wing, the smarter the system gets, helping you understand what triggers your asthma. It tracks things like weather, pollen and environment so you can see how you responded to those factors on any particular day and understand how you may be able to prevent symptoms in the future.

Can this benefit more than just the individual with asthma?

One of the really exciting things is that we can create one of the largest repositories of asthma data that’s ever existed, helping physicians understand their patients as well as recognize how certain populations respond to certain medications and environments, even comparing cities and locations.

What’s next for Sparo Labs?

The first piece is that we are in the process of getting FDA clearance for Wing. And one of our long term goals is to take all of the asthma data we’ve collected and create a living map of how asthma is doing so that physicians and researchers can analyze that data and discover what it really holds.