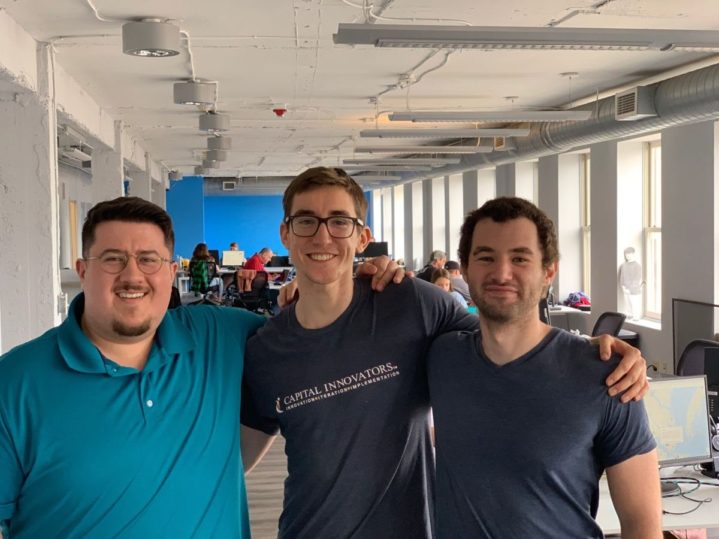 In just two years, Clever Real Estate has successfully tapped every cornerstone of the St. Louis Startup Ecosystem, to source $5M in funding from investors committed to midwest regional development.

Clever Real Estate, a nationwide tech platform that connects home-sellers with top local real estate agents who help sell their home for as little as $3,000, successfully closed a $3.5M Series A Funding Round, bringing the 2-year-old startup’s total funding to $5M.

Cultivation Capital, a Midwest based investment firm and long-term investor of Clever, invested $2M, while $1.5M was invested by inside and angel investors. Clever Real Estate also participated in the Capital Innovators accelerator program in 2017 and received an Arch Grant in 2018.

Founded in 2017, Clever Real Estate uses an algorithm to match homeowners with real estate agents who have experience in the customer’s neighborhood and price range — and who can help them save thousands on commission.

Clever recruits agents from trusted brokerages, and negotiates with them to work under Clever’s pricing model: any customer whose home sells for less than $350,000 pays a flat fee of $3,000 in listing commission, or 1% for more expensive homes.

“In the last year, we’ve grown from a small team of 5 to a team of 30, and we’re continuing to hire aggressively,” said Ben Mizes, CEO of Clever Real Estate. “Our nationwide Partner Network has grown to include over 5,000 agents across every major city and many rural areas.”

Clever plans to expand and densify its Partner Network to over 60,000 agents, finding the best talent from around the country and rating them on a multi-variable scale. These aren’t discount agents either; they’re top-rated agents from well-known brokerages. 25% of Clever’s partner agents come from Keller Williams, and 10% are Coldwell Banker agents.

“We envision a future where Clever’s pricing model is the new normal. Homeowners on our platform can interview 3 different agents who are intimately knowledgeable with their neighborhood, each from a different trusted brand, and decide which agent is right for their unique needs,” said Luke Babich, Clever’s CSO who oversees the engineering department. “We don’t think there’s one best agent in each city – but there is a best agent for each customer.”

Clever’s algorithm helps narrow the search down to agents with the right experience, and the platform guarantees that all of the agents home sellers interview work for best-in-market rates which previously were only offered by discount brokerages like Redfin. The algorithm prioritizes low-volume agent areas, recruiting hundreds of new real estate agents every month.

“Ultimately, we’re creating a frictionless process for homeowners to find the right agent without the headache of negotiating on commission. No one wants to lose their hard-earned equity. We’ve saved homeowners over $10 million in commission fees, and we’ve placed almost $100M in real estate under contract last month alone,” said Babich.

In addition to refining and expanding Clever’s Partner Network, the local sales team will grow from 15 to over 100 licensed sales reps by 2021. Headquartered in St. Louis’s thriving Delmar Loop district, the founding team asserts that the Midwest allows Clever to scale its sales team in ways that are unachievable on the east and west coasts.

“We’re attracting engineering, marketing, and sales talent from across the country, but our base is St. Louis. This city is young and vibrant, and there’s a massive talent pool we’re only beginning to tap into. Not to mention, being headquartered in the Midwest offers cost-saving benefits Silicon Valley start-ups cannot fathom,” said Mizes, explaining the startup’s plans for growth.

Clever Real Estate was founded by St. Louis-natives, and it’s funded by Midwest investors. Cultivation Capital, an investment firm based in St. Louis, has invested $2 million in Series A funding in addition to $500,000 in funds from Clever’s seed and bridge rounds. $1.5 million of Clever’s Series A Funding Round came from angel and inside investors.

Clever is headquartered in St. Louis and plans to bring even more jobs and energy to the area, while revolutionizing an outdated business model that’s ripe for disruption.