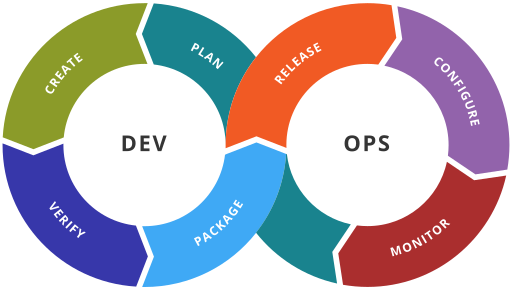 DevOps Driving Innovation in IT

In the tech world, the DevOps skill set is the Holy Grail that companies large and small are seeking.

DevOps is a portmanteau built from the merger of what used to be two distinct roles in the IT world: development and operations. While the former wrote the code and worried about the algorithms and data, the other managed code deployment, configured environments, and fretted over security.

Sketch Development and Savvy Coders are hosting the DevOps Midwest Conference at T-Rex on Sept 19-20. The event will be sponsored by Centene and Google.

“We saw a growing skills gap in the marketplace, so we wanted to run a different type of conference.” The conference will bring specialists from midsize to enterprise-sized companies together to share best practices and gain hands-on knowledge.

“DevOps isn’t a trend,” says Horrell, “it’s the direction the entire industry is moving solidly towards.”

“Traditionally,” Horrell says, “development teams would write code on their machines, check-in that code and then wait to see if it broke the build. They were throwing code over a wall.”

For companies practicing any form of agile development, like what Sketch Development Services provides, speed is paramount. Agile, a methodology which prizes speed and flexibility above all else, allows developers to rapidly iterate, failure fast and fix often. The traditional handoff from developer to operations represented a choke point that slowed everything down and increased the chances for miscommunication.

Shane Freeman, author of The SaaS (Software as a Service) Field Manual, remembers the pre-DevOps days, “Before Amazon AWS, Google Cloud and Microsoft Azure, people that wanted to build to build an application needed to invest tens of thousands in physical servers. Now anyone, anywhere can deploy to a server in the cloud.”

The hybrid DevOps role is facilitating rapid development and agile workflow at the enterprise level, reducing costs and reducing go-to-market time, but for large companies, the biggest benefit is more development and innovation at a faster pace.

For startups and smaller businesses, cloud computing is the only way to compete with larger competitors or scale to thousands of users quickly. The DevOps role reduces the barriers to entry, since if a single individual can write and deploy code, a startup can save even more money by reducing headcount.

CTO for MakersValley, Babajide Okusanya sees DevOps as one of the critical pieces in the tech startup boom including the success of his company. “A few years ago it would have been much more complicated to do what I do, not to mention prohibitively expensive,” says Okusanya. “In 2 months I was learning the tools and deploying our application into the cloud.”

“In the startup world now,” says Horrell, “you have single individuals who can work in the cloud across the entire stack. DevOps allows startups to develop enterprise-quality products with fewer people and less overhead.”

Freeman, who manages the application OkapiHQ.com, cautions against the idea that DevOps has become automated or “easy”. A core skill of DevOps is security.

“The reason why it’s a scarce resource is because you can’t teach it in a general sense. DevOps is specific to the platform you pick, the tools you use and the way you configure everything. I know a lot of people that can right decent code, but if you can’t configure a cloud server correctly, it’s like building a beautiful house and leaving the key in the door knob. If you think Amazon is handling all of your security, you’re sorely mistaken,” says Freeman.

CyberSecurity is just one of the many topics covered during the upcoming two-day DevOps event includes several workshops and speakers. Elaine Queathem, Co-Host of the event and CEO at Savvy Coders, says it’s not just a workshop, “The value of the conference is that it’s an experience share. There will be lots of the kind of dialogue and Q&A important in any developing field. We have 12 highly experienced DevOps engineers and managers giving talks and sharing knowledge.”

Savvy Coders trains developers in the fundamentals of code, but Elaine sees the need for DevOps training as a way to level-up a developer’s career. According to payscale.com, DevOps engineers earn on average almost 20% more than developers.

The Bourbon Friday Show with Michael Seaman from SwipeSum