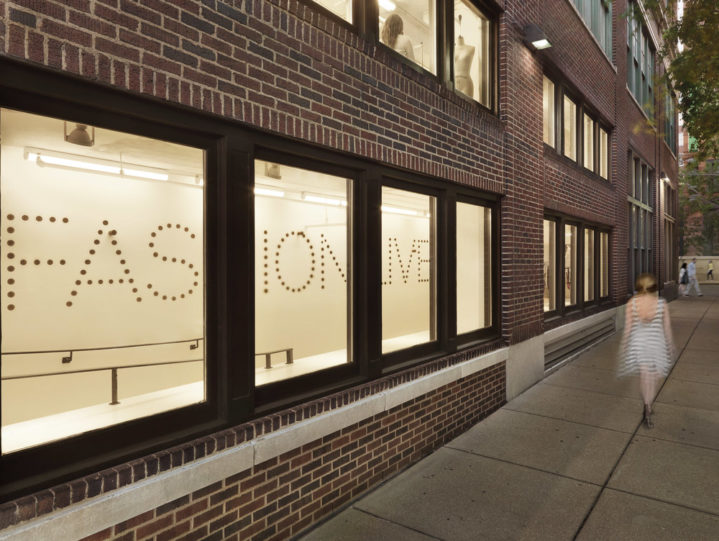 Significant investments in Downtown St. Louis over the last two decades have transformed former desolate areas like Washington Avenue into a thriving dining and entertainment destination. Now, In order to leverage opportunities for continued growth of the district, Downtown STL, Inc., in partnership with the Saint Louis Fashion Fund and others, is seeking proposals for placemaking services for the Historic Garment District in Downtown St. Louis.

Significant investments in Downtown St. Louis over the last two decades have transformed former desolate areas like Washington Avenue into a thriving dining and entertainment destination, blending historic architecture with modern style. The American Planning Association has even named Washington Avenue among the “Top 10 Great Streets” in America.

Already home to a booming innovative and tech ecosystem with a solid business base and new investments, the area is well-positioned to build on its rich history as an important apparel manufacturing and distribution center. Earlier this year, the St. Louis Fashion Incubator opened its doors at 1533 Washington Avenue, revitalizing creative industry and creating a strong anchor for future growth in the Garment District.

A lot of work has been done over the years to develop the economic and cultural potential of the Garment District.

In the late 1990s, the Downtown Now Plan began examining the area. Then came the Downtown Next Plan and the streetscape improvement projects in the 2000s with zipper-and-stitch paving patterns and strips of white “button” lights being designed into the median, giving a nod to the thousands of St. Louisans who labored in the mills and warehouses of the Garment District in the early 20th century.

Mobin Khan, COO & VP of Economic Development for Downtown STL, Inc, explains, “We are drawing from the past, from what has been done so far, and building on it. Everything that has happened in the area in the past provides a wonderful base to build upon. They complement each other and are part of efforts to build towards our greater long-term vision of a creative ecosystem.”

Effective utilization of opportunity, however, needs vision as well as strategy. In order to leverage opportunities for continued growth of the district, Downtown STL, Inc., in partnership with the Saint Louis Fashion Fund, the Planning & Urban Design Agency of City of St. Louis, and St. Louis Development Corporation, is seeking proposals from qualified consultants for placemaking services for the Historic Garment District in downtown St. Louis.

“The goal for the consultant,” says Khan, “is to develop a plan for built environment that helps establish a thriving ecosystem of creative businesses and entrepreneurs in the Garment District.”

By ‘creative’, he adds, “we, of course, include fashion designers but also include other related disciplines ranging from graphic designers and architects to advertising and marketing firms – more broadly, creative innovation.”

“If you think about the region from a business and entrepreneur standpoint, you’ll see that the majority of top firms in the regions such as architecture, interior design, advertising, marketing and PR are located in downtown. With fashion design and graphic design gaining an even greater presence, we have a creative ecosystem developing,” he says.

“We took a big step with the Fashion Incubator. Now, it’s time to keep that momentum moving forward.”

The next steps, which the new consultant will assist with, involve identifying and engaging stakeholders. The stakeholders, as Khan envisions, “are any person, company, business, non-profit, etc. who has an interest in the success of the Garment District.”

That includes anyone in the fashion design community and graphic design community, as well as creative entrepreneurs and innovators. It also includes property owners within the district, city planners, St. Louis development corporations, urban developers, and businesses within the district who may find connections to the scope and intent of what they are trying to do.

“This has come up very organically,” Khan elaborates. “There are a lot of businesses, property owners and residents that have shown excitement and interest in this project over the years. If you look at the incubator itself, there are many people from across the region that helped to establish that, and there are more that want to be involved going forward.”

With so many people excited about getting on board, the consultant that will be hired will help guide the stakeholder engagement process. “We will be efficient and effective to make sure it includes as many stakeholders as possible,” Khan continues, explaining how they plan to engage with stakeholders. “We will also look to draw on and learn from the work that has been done by those already involved.”

When asked about a specific timeline, Khan says, “There are a lot of components that will go into these projects before we implement the plan.” He explains further, “From timeline to funding, these things will be determined by the plan prepared by the consultant. Once that plan is developed, it could very well be rolled out in phases based on time or geography (i.e., block groups).”

“The ultimate vision for the Garment District,” Khan says, “encompasses a wide range of businesses, activities, people and uses that are related to the broader pursuits of design and creativity.”

“We’re hoping for a mix and variety of creative people and businesses that work together, combining all the surrounding elements to facilitate a thriving creative design ecosystem.”