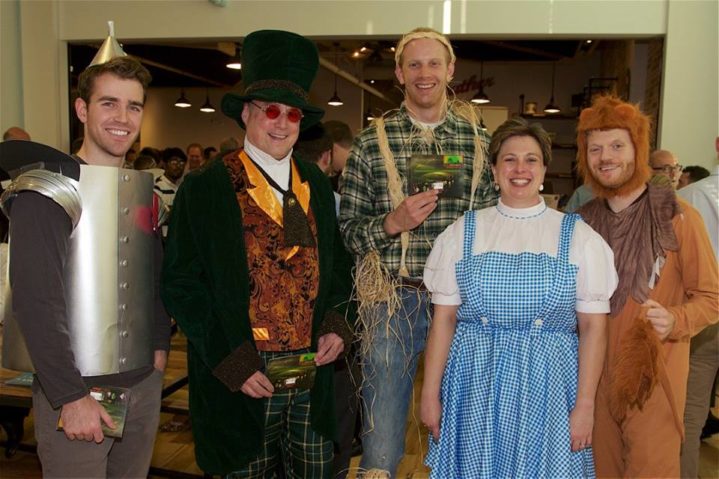 Why (And How) You Should Use BioSTL’s Roadmap to Entrepreneurship

Entering the startup space can be intimidating, no matter what your area of expertise or interest is in. For those in the life science sector, you gained a valuable resource last month when BioSTL launched their Life Science Entrepreneurs’ Roadmap.

Covering the basics of life science company creation, the Entrepreneur’s Roadmap is a great stand-alone tool, as well as a teaching aid for the BioSTL Fundamentals entrepreneur coaching and resource program. We spoke to Director of Fundamentals at BioSTL Harry Arader about why the document was created and how it will help the STL startup community.

It’s a valuable resource; not the wheel reinvented.

St. Louis is fortunate to have many support organizations, and Arader and the BioSTL team wanted to take advantage of that.

“The document was a community effort in the sense that I engaged the BALSA Foundation who had developed a “generic” roadmap for the entrepreneurial community,” says Arader.

“Knowing that life science startups have specific needs for deeper information in a couple of areas —especially regulatory affairs, and patents— I collaborated with the Foundation to adapt the general outline of the original Roadmap to the needs of our life science entrepreneurs.”

Another reason a life science-specific document was needed? The journey can often be a little messier. “Compared to IT companies, we’re working with life. And life is a lot messier than a computers,” says Arader.

“When you put things together in a wireframe for something you’re going to do for the web, you’re pretty sure it’s going to work. With us, that’s really not the case. When life is involved there are a lot of intervening variables and there’s a much higher frequency of technical failure.”

It’s user-friendly, both for quick questions and in-depth studying.

Arader knows there are different levels of involvement when it comes to entrepreneurship and working within life science technology, and he and BioSTL wanted the Roadmap to be useful to as many people as possible.

“We designed the roadmap to be used in two ways. First of all, if there is such a thing as anybody who reads linearly anymore, they can read it that way from introduction all the way through to the very end,” he says.

“But then we also recognize that we would be having a lot of different levels of skills where people might be familiar with one aspect of life-science and not another, so we also organized it as an FAQ. So the first two and a half pages are nothing but questions, all of which link internally to the corresponding answer in the document.”

BioSTL and Arader, who previously worked with the BALSA Foundation, encourage others to work with them too be it with feedback or more adaptation.

We were very purposeful, to build on what’s already happening in the community. Now I think we all really need to work on connectivity, and to the extent possible, working off the same playbook,” says Arader.

“I’d love to see someone take our life science roadmap and adapt it specifically for information technologies. We welcome anyone to do that.

We’re also interested in other people’s ideas and how the roadmap can be improved. It’s a slow-motion Wiki concept, this beta version, a downloadable PDF that can be marked up and we’re really encouraging anyone who wants to to give us feedback on how we can make it better.”

The Roadmap will download as a PDF by filling out the form here.