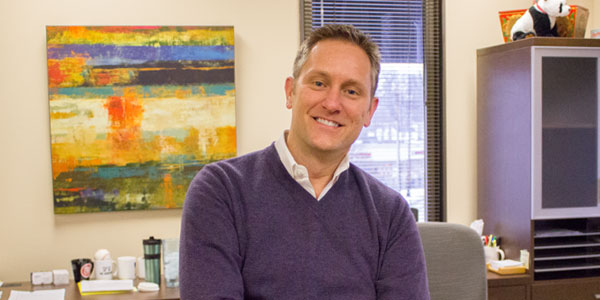 If you have traction but need to raise money to advance your technology-based company, then ITEN’s Mock Angels should be your first stop. A capstone of ITEN’s programming since 2009, the Mock Angel program is designed for companies who have developed a product, validated their business model and are showing traction in customers or revenue.

The Mock Angel program averages 6-8 weeks for each company, with the goal to graduate 10 to 12 companies each year.

“Our goal is to simulate the process of pitching to an angel or VC group, so the companies make all their mistakes with us and have a chance to perfect it,” says Melissa Grizzle, manager of operations for ITEN.

“We also prepare them for the due diligence process. When we make introductions to investor groups upon graduation, we know they are fully prepared to ask for money.”

Chris Deck of Deck Commerce is a February 2016 graduate of the program. His company had been providing e-commerce technical services and consulting since 1998.

In 2013, Deck and his team realized they were continually working on the same e-commerce issues. They saw an opportunity to create a product that would help businesses streamline order management and product management processes, but the decision wasn’t easy.

“The company was already successful. If we pursued this idea, we would be scrapping everything we built for something we weren’t sure we’d emerge from unscathed,” says Deck.

In 2014, the company developed their beta product, gained some early validation and started raising money. By summer 2015, he was introduced to ITEN and Mock Angels.

“They were exactly what we needed. I’ve never raised investment capital so everything was new.” Since graduation, Deck Commerce has enjoyed strong organic traction with customers and strategic partners.

“Thanks to Mock Angels, we are better positioned to have a meaningful impact on the e-commerce industry.”

“Visitors are a captive, engaged audience, favorable to reading while in the restroom. The idea developed into advertising opportunities,” says Brian.

Two years into the new company’s history, Brian and co-founder Kim Rohlfing realized it would be difficult to expand beyond a local audience if they maintained print advertising.

“We also wanted to provide real-time, accurate feedback on impressions. A digital format was the only way to obtain analytics and growth.”

The decision to pivot excited the team. Because of their early processes, they were able to gain fast growth, customers and revenue, while minimizing early risk. Their process began by seeking out mentors, and once they found ITEN and Mock Angels, everything changed.

“It was the perfect fit; the relationships, access to services, and the network were all a huge help.” During the program, they hired a technical expert and a prototype company which helped to create a cutting-edge, durable, beta model. “Because we decided to pivot, and through the help of ITEN and Mock Angels, we are now able to reach out to larger companies and expand nationally.”

Melissa Grizzle adds, “We’re looking for high-tech focused companies. Develop your business model, gather customers, and obtain a minimal viable product. Then come to Mock Angels for feedback and validation. We’ll get you ready for investors and growth.”