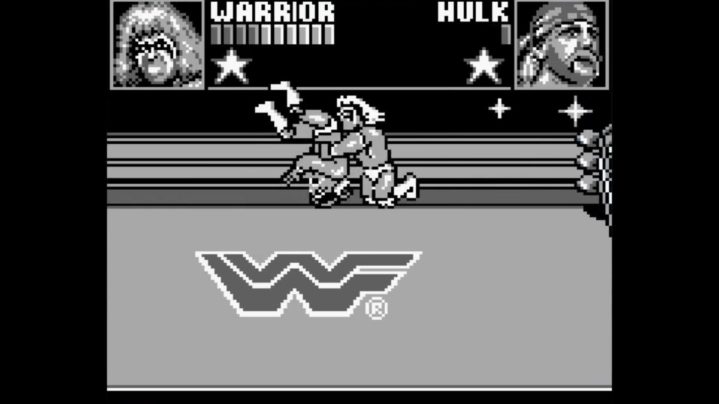 Stop Treating Your Failure Like it was the Ultimate Warrior

When I was a child, one of my heroes disappeared.

It was 1992, and The Ultimate Warrior left the WWF (now known as the WWE).

To me The Ultimate Warrior was more than just a wrestler. He was my hero. I would run around our apartment with my face painted with his signature mask, tassels tied around my 11-year-old biceps, trying to use all 70 pounds of me (50 of which was head, and 10 of that was mullet) to intimidate my brother before we wrestled on our parents’ waterbed.

When The Ultimate Warrior left the WWE, the organization immediately acted like he had never been there at all — but just because he wasn’t mentioned on TV didn’t mean that those tassels and face paint went in the trash.

That total disappearance followed by a commitment to never speak of the departed again reminds me of the way some founders treat failure. In the four years I’ve been around the St. Louis startup community, I’ve seen this happen more than once: A founder and his team invest a lot of blood, sweat, tears, and money into a new venture. Occasionally matching t-shirts are purchased. There is much talk of disruption and changing the world.

As forgotten as The Ultimate Warrior.

If the failure is ever spoken of, it’s reframed as a success—as though losing hundreds of thousands of dollars (or more) was part of the plan. And, in those rare instances when it is spoken of, it’s never, ever a reflection of the founder.

I have personally experienced failure. The first time I started a consulting business things didn’t go as well as I hoped. I had two employees, and was able to pay myself a decent salary, but ultimately I didn’t know how to grow the business, and I wasn’t making anywhere near the income I was able to earn as an employee.

(In the startup world, not being able to pay yourself your market value is viewed almost like a badge of honor. Things are a bit different in the slice of the real world I live in, where my three kids like to eat, and the bank prefers to get its mortgage and car payments on time.)

I failed, and I failed because I didn’t know how to balance growing a business with running a business.
Hopefully, this time it’s different, but time will tell. I know I feel better equipped to succeed specifically because of the lessons I learned from my earlier experience. Part of that learning comes from the advice and guidance I’ve received from people who know that I consider the first iteration of my business a failure.

That last part is important, because here’s thing: When you fail, other people know it.

Reframing your failures as successes or treating them like a departed Ultimate Warrior doesn’t somehow magically erase the failure.

It only prevents you from learning from it.

We live in an era where we have the ability to filter and document our own lives in a way that makes everything seem spectacular. We also live in an era where we are subjected to a never-ending stream of content that tells us entrepreneurship is easy. According to the thousands of articles published on other platforms (thankfully not on EQ), success is often just a matter of learning about and mimicking the “one thing” Elon Musk does every morning.

You will learn nothing from those articles.

(And if you’re writing them, please stop. You are actively making the world a worse place.)

Succeeding as an entrepreneur is incredibly difficult. Failure is likely, and a failure reframed or kept bottled up inside of you means that your failure was, at best, a complete waste of your time.

At worst, failure that isn’t honestly dealt with plants a very destructive seed inside of you, and that seed will eventually bloom, regardless of future successes.

Don’t treat your failure the way the WWF treated The Ultimate Warrior in 1992.

If you’ve failed at entrepreneurship (or even life), own it. Talk about. Deal with it—and deal with it honestly. Everyone knows wasting all that time and cash wasn’t part of the plan. You can only learn from failure when you own it, and hopefully learning from that failure will lead to future success.

Or at least teach you to spend less money on matching t-shirts.