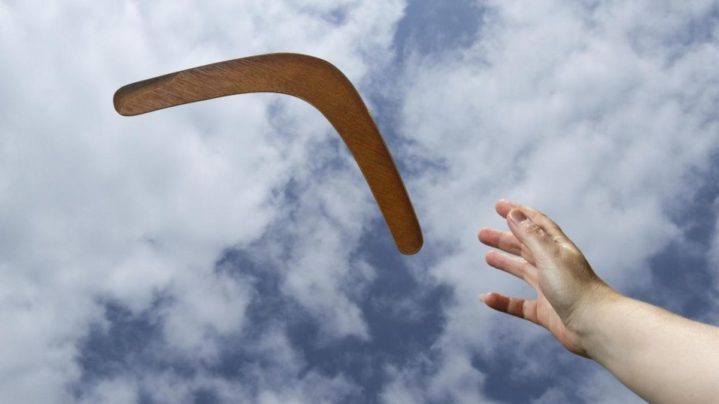 A boomerang, as defined by Webster’s Dictionary, is “a bent or curved piece of tough wood used by the Australian Aborigines as a throwing club, one form of which can be thrown so as to return to the thrower.”

In Patrick Sisson’s article “The New Magnetism of Mid-Size Cities” for curbed.com, he writes how over the past few years, American mid-size cities are having their own boomerangs return to them, although not in the form of an Outback hunting tool. These boomerangs, as described by Sisson, are the growing number of millennials returning to small- and medium-sized cities they left after finishing college, for myriad reasons.

What makes a mid-size city is loosely defined as one with a population under a million people that is not a regional powerhouse, explains Sisson. Some of the characteristics of these cities that appeal so much to younger Americans are reasons such as an easier commute, a lower cost of living, and being closer in area to friends and family.

It is also speculated that the more neighborhood-oriented version of the urban lifestyle, something that sent many millennials flocking to larger cities in the first place, has become more prevalent in the last few years in these mid-size cities, in turn calling natives back home. Sisson cites Colorado Springs as a good example of this, seeing it’s millennial population grow by more than 10 percent between 2010 and 2015.

Many of these mid-size cities have redefined themselves after experiencing the loss of industries that had originally defined them. Pittsburgh, for example, known for its steel production, lost nearly 60 percent of its population between 1970 and 1990, but has since turned the corner with advances in the educational, medical, and robotic industries.

Indianapolis, Indiana and Madison, Wisconsin have strengthened their economies with growing tech scenes and investments in public infrastructure. Louisville has invested millions in an expansion of its park system, adding a convention center, and new apartments and hotels downtown.

It also cannot be understated that a huge reason these millennials are returning is the ability to afford a home in their hometowns. Living in a big city means having a higher rent — the thought of owning a home there being out of reach for many.

In a mid-size city, they can become a homeowner and not have to worry about paying for monthly parking, either. And with the ability for many to be able to work from anywhere due to the coziness of the internet, proximity to a larger city is no longer a necessity.

Even our very own St. Louis returnee Max Wastler, travel writer and brand strategist ventured back after a 15-year hiatus. And while his work takes him far and wide, he’s found his hometown to be the perfect home base with the growth in the community culture as a whole, and it doesn’t hurt that there are also many events surrounding the growing tech industry thanks to CORTEX, House of Genius and Arch Grants.

All of this is great news for these mid-size cities and their economic health, writes Sisson. They might have let go of their millennial college grads for a little while, but eventually, the boomerang always comes home.