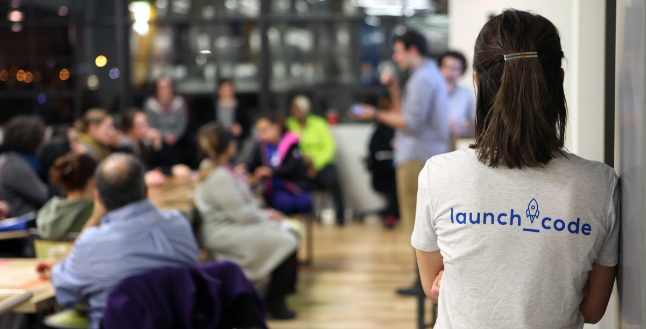 Gateway Media is an Answers Corp spinoff that owns a number of entertainment and culture websites including Oola.com, which won a 2015 Webby Award for Best Food & Drink Website.

LaunchCode has also expanded to Kansas City and Miami.

CORTEX further expanded its footprint in St. Louis’ central corridor on Tuesday with the purchase of 3.5 acres from Pace Properties. Cortex President and CEO Dennis Lower told the St. Louis Business Journal that Cortex paid $3 million for the property located on Vandeventer Avenue across from IKEA.

2014 Arch Grants winner WonderWoof landed BowTie, a wearable smart device for pets, on the shelves of Harrods in London this holiday season, including a £250 GBP gold-plated version available exclusively at the high-end department store. BowTie, received a glowing review in Forbes.

Arch Grant-winning startups are staying in St. Louis, according to a recent report by St. Louis Public Radio. Of the 55 startups selected as recipients of the $50,000 gifts, 80 percent have remained in St. Louis after the one-year that is required of the grant recipients. Of the remainder: six moved away, four folded and one, Obsorb, was acquired by Canadian company MetaLab.

New to the tech scene in St. Louis? Lumogram whipped together the ABC’s of STL Startups guide to help you learn the ropes.

The startup, which turns company logos into animated GIFs, launched its beta service in November and was founded by a team led by Tyler Kessler of Invisible Girlfriend and Goober.

A new women’s coworking space is opening this winter in West County. Carpe Diem Coworking, located in a Victorian-style mansion in Manchester, will give tours of the building in January and plans to open a month later.

Owner and CEO Jennifer Loeffel says the space will include a podcasting room, collaboration and conference rooms, desk space for 85 women and four private cubicles. Women will be able to rent space on a monthly or drop-in basis.