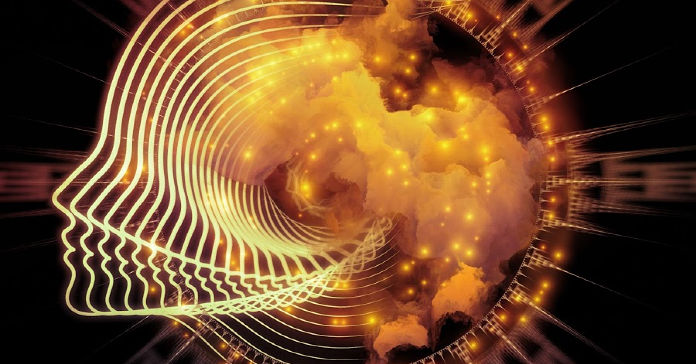 The Next Frontier in Leadership Development

Attend “Optimize Your Brain For Leadership” and learn Neuro-Activation techniques and tools this Friday, December 7th, at Return to Your Power’s small group intensive workshop in Downtown St. Louis.

A recent leadership survey showed that most CEO’s surveyed cited “developing Next Gen leaders” or “failure to attract/retain top talent” as their number one challenge in the coming year. And yet, more than 50 percent of HR professionals surveyed reported that their company did not have well-integrated and strategically aligned leadership development programs or processes.

If developing our next generation of leaders is a top priority then why is there so little confidence that we can do it effectively?

I believe the answer lies at the intersection of three things.

That means that to be effective, future leaders will need to be highly adaptable, without losing sight of the core vision. They will need to be emotionally intelligent and compassionate, without losing sight of the bottom line. They will also need to be extremely other-focused, possessing the self-awareness and self-possession to allow them to develop and retain high-potentials in the organization.

Leadership Is A Body Mind Challenge

Meeting these challenges will require more than the skills training or mindset shifts that leadership development has been centered around in the past. It will require a healthier nervous system and a higher functioning brain.

That is not to say that skills or mindset aren’t essential to developing leaders. But investing in them without addressing the neurological component of personal performance is like planting seeds in poor, rocky, and weed-infested soil.

For instance, did you know that stress – in the workplace or at home – can actually shrink higher brain networks and expand lower brain networks which can effectively switch the emotional set point to “negative.” How much stress are your leaders expected to deal with on the daily?

On the other side of the equation, neuro-activation has been shown to increase activity in the left prefrontal cortex, which is believed to be the seat of “positive” emotion. It also results in increased energy.

Also, much of what we ask of our leaders is counter to the brain’s default settings as well as to common mental conditioning, which becomes hard-wired due to what we call the “what fires together wires together” process of neuroactivity.

The brain is naturally designed for one primary purpose, and that is survival. So while we are seeing the value of traits like compassion and vulnerability in leadership, it requires new neural connections to wire those traits into our brain.

Likewise, biases about people, methods, and values are fired and wired into the subconscious. Leaders who demonstrate both inclusion and innovation will have to expose and reprogram those biases in order to succeed.

All training, but especially training designed to create the leadership of our future, must result in change. A change in behavior, habits, attitudes, beliefs, and abilities. All of those traits are related to neurological function. So to quickly and significantly accelerate the impact of any personal development, including leadership development, you have to be able to change the brain.

The fastest way to change the brain is through the nervous system. There are two proven ways to activate and impact the nervous system. The most familiar is probably mental training, which focuses on thought patterns, mindfulness and awareness, language framing, and visualization. The other is through the physical body – using movement and sensory stimulation. Of those, the second is the fastest path of access.

Combining movement (not just exercise, but targeted micro-movements that stimulate different areas of the brain) with sensory input, mental training, mindset coaching, and visioning exercises can awaken and activate the neural pathways and train the brain for heightened performance in any area, but especially in nuanced executive functions and interpersonal dynamics leading to better performance and stronger leadership traits.

The successful company of the future will be led by people who have not only mastered the skillset and mindset of fostering talent, inspiring innovation, and holding the vision and direction of a project, team, or organization, they will also have learned to optimize the way they use their brain.

To prepare our people for that challenge we need to engage their bodies and their brains as well as their hearts and minds.

Attend “Optimize Your Brain For Leadership” and learn Neuro-Activation techniques and tools this Friday, December 7th, at Return to Your Power’s small group intensive workshop in Downtown St. Louis. 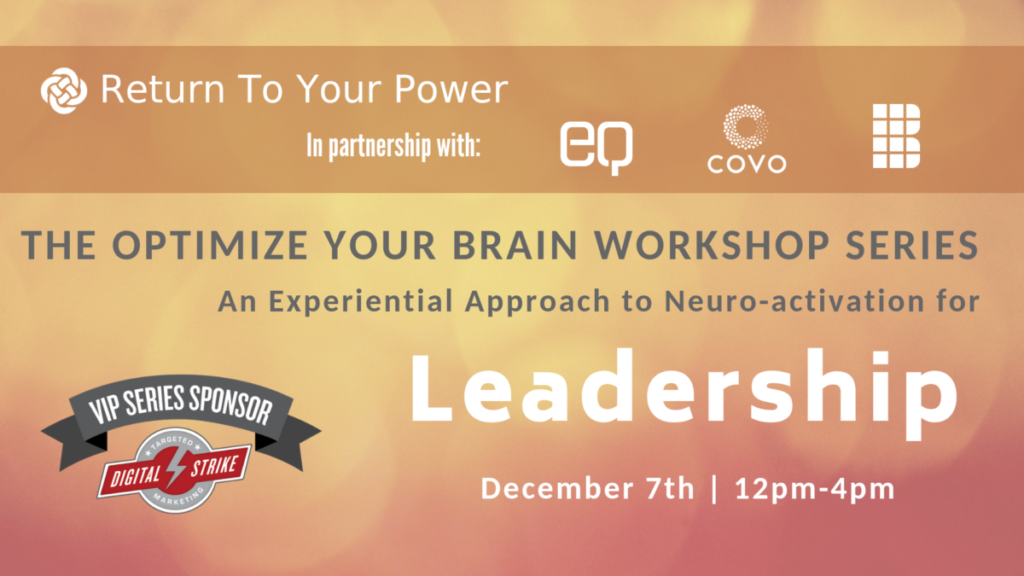 Philip Penrose
Philip Penrose is a coach, behavior architect, neuro-performance trainer, speaker, and co-founder of Return To Your Power. He teaches people to take a neuro-centric approach to body and brain performance and transformation. Writing about behavior and habit change, mind/body wellness, anti-aging, and performance on EQ as well as Thrive Global and the Good Men Project.