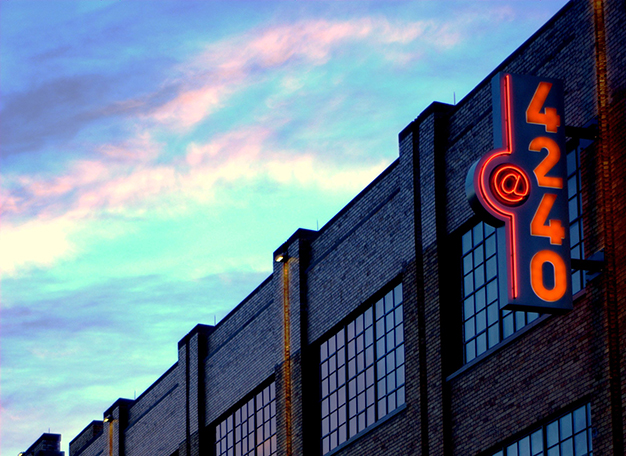 The Story Behind CIC

In late October, I was thrilled to be back in St. Louis for the opening of CIC @4240, a center that’s already welcoming many new startups and already-established companies in a fully-outfitted facility. I understand we had 1280 visitors that night. Wow. Thank you St. Louis.

CIC St. Louis is so much more evolved than what we started out with in 1999 in Cambridge, but the opening of CIC St. Louis (Missouri is only our second state) brought to mind the circumstances that led to launching the original CIC, so I thought I’d share that story here.

CIC’s origin was very organic. My wife Amy and I met at MIT. We had been working in jobs that had us mostly on the road, mostly in different countries. We decided it was time to come back home to Cambridge, and that the way to do that was to start startups.

So I said, “Look, I’ll help you get your startup going while I think about my startup idea. I’ll set up the office, and then we can share it once I figure out what I’m going to do.” We both quit our jobs.

First things first. We needed an office space, an Internet connection, some furniture, a copy machine, phones — basic things. I called around and found it was really much more complicated, and expensive, to figure this stuff out than I had realized.

Office leases required hiring lawyers and providing a personal guarantee for the entire rent obligation — an amount that can run into the hundreds of thousands of dollars. It also just didn’t make sense financially.

We wanted to be near MIT, but the landlords near MIT wanted three to five-year leases, minimum, and their smallest spaces were too big for us. If the startup didn’t work (and we knew the odds weren’t in our favor), we’d still be on the hook for a five-year lease. We could literally be required to sell our house to meet our landlord’s obligation.

I said, “Wait, wait, wait. That doesn’t make sense. This is a startup — it’s probably going to fail.” And the landlords were, like, “Exactly. That’s the problem.”

This was crazy, but we still needed a place to work, and it was important to us to be in the center of the action near the school. So, in the end, we decided to go ahead with a traditional lease, and commit to three years.

Given that we thought the startup might not work — and indeed it did not work; it failed about a year later — we convinced a bunch of our friends from MIT who were also doing startups to share the space with us. We thought, “We’ll all share the space and maybe one of these companies will actually not fail, and maybe we won’t have to bankrupt ourselves paying off the lease.”

So, we’re working there on our company and our friends’ companies and somebody came to us and said, “Oh, so you’re an incubator.” We said, “What’s an incubator?” They said, “Well, you help startups and fund them and stuff.” So we tried that.

An awesome group of west coast VCs, Draper Fisher Jurvetson, and my old colleagues at BCG invested about $17 million. Along the way we expanded to a larger space, and to make that deal work, we needed (you guessed it) another guarantee. We ended up asking my Dad to help with that (he also had a dot-com at the time, which looked like it was pretty valuable, so this seemed like no big deal).

We turned around and invested the venture capital in a series of early-stage ideas that we were really excited about. One of them had some ideas in common with a company that didn’t exist yet, Facebook. Oh, if only we had executed better on that.

To make a long story short, all but one of these efforts failed. We figured out that we didn’t really know how to be an incubator.

This was the dark days of late 2001. The dot-com boom was now a bust, and there were acres of empty real estate all around MIT.

We were shutting down the proto-startups we had formed, mostly for lack of available additional funding, but also for sheer lack of success. And my Dad’s dot-com bit the dust.

All was not good in Camelot. It was starting to look like that guarantee my dad had signed, when things looked rosy, was going to be called on. Not good. It would have bankrupted my Dad.

And then we had this crazy idea that maybe we could go back to what we did in the beginning. Kudos to my partner Geoff Mamlet for pushing this particular hair-brained scheme. We started to invite friends from MIT to come, share our space, and do their own startups alongside what was left of the incubator companies.

It was just like back in the day. And this worked. Really well. We got out of the incubator business and went back to managing startup space for our friends.

Suddenly we filled the place up! Boom. We were still losing money, but not much. We saw a glimmer of hope.

And we started to discover some other things. We discovered that the community that formed around and between these startups was very strong.

People helped each other out. Really strong entrepreneurs started to move in.

Like the founders of Ember, the creators of the Zigbee standard, and Rich Miner, who was busy launching his little mobile operating system company Android. We kept adding floors, and a few years later, venture capital firms started to move in (today we count 15 VC funds and angels within our buildings).

Companies like Google (which had purchased Android), Amazon, Apple, Shell and Facebook started putting teams in our buildings. We had stumbled on something here. A special kind of community sharing a goal of innovating the world.

This was a place where if your first (or second or third) startup idea didn’t go anywhere, you could come back and try another, with the benefit of an amazing community around you (and without losing your house!).

Today we find ourselves in three cities. CIC Cambridge covers nine floors in two buildings, CIC Boston is getting ready to open its fourth floor, CIC @4240 in St. Louis is open and filling up, and [email protected] is deep in the throws of renovation, well on its way to an opening as a full-fledged member of the CIC family. We’ve spawned off-shoots and spin-outs like Venture Cafe, District Hall, Impact Hub Boston, and LabCentral. It’s been a whole lot of fun, and we feel like we are just getting started.

We feel that CIC St. Louis is unfolding exactly as we had hoped. Much like the venture capital folks who joined us in Cambridge, Boeing Corporation chose to move its venture capital group to @4240, an inspiring digital/creative company, Manifest Digital, has done the same, Nestle/Purina followed suit, as well as (so far) about 40 startups and small innovation-oriented companies.

We feel incredibly welcomed by St. Louis. If you haven’t been by, come over and visit CIC St. Louis. Ask for my friend and colleague since the very earliest days of CIC, Managing Director Dougan Sherwood. He’ll show you around and tell you his story of getting CIC off the ground in St. Louis.