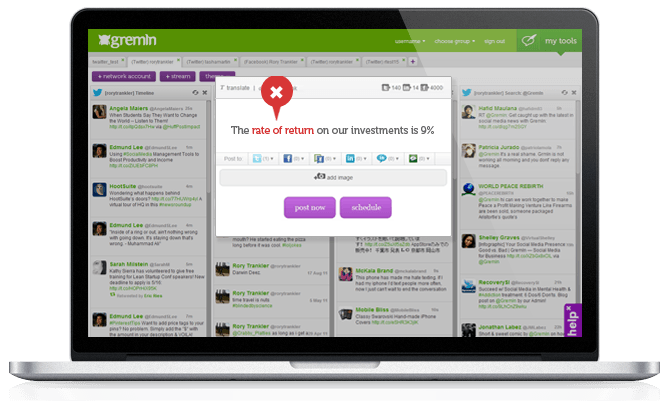 In 2009, Ryan Bell was looking for money. Working as an independent software consultant, he had built a social media scheduling and campaign management tool based on Twitter’s API in 2008 called Twaitter, and he really believed he was onto something.

“There was no application at that time for the purpose of managing your business through social media,” he says. “There weren’t any schedulers, reports on how you were doing, ability to manage your marketing campaign or monitor your brand.” 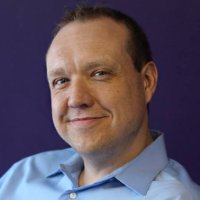 So, Bell took his idea and shopped it around. Yet like any idea sufficiently ahead of its time, it was treated as fantasy. Despite his product, a precursor to well-known services like Hootsuite, being used by companies like Northface, ESPN and Hilton Hotels, no investor bought into the potential.

“I just couldn’t get any interest. Early on, people said, ‘there’s no way that anybody is ever going to spend money on this social media thing,’” he says.

Down but not defeated, Bell and a few contracted developers continued to work on the product from 2009 to 2011, watching as competitors that are now household names entered the space and began to make money.

By late 2010, ITEN had begun pulling together a network of entrepreneurs and investors, and Bell took another shot. He attended an ITEN event on Delmar Boulevard, and made his first formal pitch to a room of potential investors.

Disheartened, he headed to the parking lot. But before he could drive off, a wave of entrepreneurial moxie crashed over him.

“Halfway to my car I decided, ‘I came here for a reason, I’m going to go back, corner one of these investors and see what I can make happen.’”

Pivoting Towards the Problem

Gremln started out offering the same services as Twaitter, but the intervening years saw the space flood with similar companies. As Hootsuite rose to the top, what Bell describes as an 80/20 dynamic developed.

“The market leader gets 80 percent, the rest of the companies fight for the remaining 20,” he says.

Unable to carve out enough business from the remaining fifth of the marketplace to be sustainable, Gremln took a look at what business they did have.

“We found the people who were paying us enterprise dollars were companies like banks, credit unions, a hospital group, a law office, a large pharmaceutical company,” he recalls. “We started asking them why was it that they loved our product?”

It turns out, the common refrain was “regulation.” Each of those industries are regulated by the federal government, and the instant nature of social media had thrown a wrench into their existing marketing protocols.

Gremln’s scheduling tools and campaign management options allowed companies to get approval from their compliance and legal departments before messages went out, saving them countless headaches. Many of those industries also require data retention in case of an audit, and Gremln allowed for a list of every post any account associated with a company ever made.

With a new market exposed, Gremln looked at heavily regulated industries and began tweaking their services to fit their needs. After consideration, they settled on the banking industry, beginning the transition in 2013, and fully switching their core operating principles in 2014.

Few industries are more conservative than banking. They move slowly and are heavily regulated, which makes social media the most improbable of bedfellows.

“If I go to conferences in various industries,” Bell says. “I always find the banking industry’s compliance and risk conferences, just by putting your hand on the pulse of that conference, you can see how furiously every form of bank communication, every action, every program and every offering they make is scrutinized by teams of people to make sure they don’t violate the rules. When you have that kind of atmosphere and culture, it makes you very reluctant to move forward with a technology as potentially dangerous as social media.”

And for banks, dangers are everywhere.

If the marketing department is posting content, every word needs to be compliant. If you’re a loan officer, your mortgage ID must be listed in your profile and associated with all your accounts.

If anything in your post comes with fine print, there must be an appropriate link to that content. Your profile bio must list your correct job title, and every bit of language used in outreach must pass a strict set of compliance guidelines.

It’s intricate and confusing, but despite the myriad complications of social media, banks can’t afford not to wade into the waters.

“You have to monitor your brand in the public space to make sure it’s not being misrepresented,” Bell says, referring to the regulatory requirements of the Federal Financial Institutions Examination Council (FFIEC). “You have to search the web at-large and social media to look for people talking about your brand and address whenever it might be misrepresented.”

So Gemln designed software to ease the pain. Banks use Gremln as a three-legged support system for the social media usage.

First, the company provides a post filtering system, auto restricting what can go live. Companies can add their own terms to the system in addition to the pre-loaded terms that raise red flags.

Secondly, Gremln’s software allows for moderation, meaning a post won’t go live unless compliance review team approves it. The third service is archiving and capturing every post that goes live.

Regulatory bodies require all communication be archived for seven years in case of an audit, and through Gremln, every bit of social interaction is documented. That third leg also allows for review, giving companies an in-depth look at how their posts performed and what strategies work.

The shift has paid off.

In 2015, the American Bankers Association endorsed Gremln as the product best suited for all the banks in the country. The company brought in a new CEO, Chris Moloney, former CMO of Wells Fargo Advisors, Scottrade and Experian, whose experience bringing social media to those companies provides Gremln an invaluable edge.

“He knows from the inside, what it’s like to bring social media to a financial services firm,” says Bell, acknowledged both developments brought tremendous success to the company. “Putting those two together led us to our best quarter, our best month and our best day.”

While admittedly on cloud nine, Bell says he has even higher hopes for the coming year.

Gremln is rolling out a monitoring service to its software, allowing banks to manage the task of brand observation without having to create a whole new department. And while they’re beginning to explore additional industries, Bell believes they’re just scratching the surface of banking.

“There are a lot of banks out there that haven’t made the move to social media as of yet, or they have and we believe they are using the wrong products,” he says. “You’re going to see a focus, a redoubling of our efforts, a growth of our sales team, a growth of our product team, and specializing our product for this space.”

That sounds pretty complex, and as someone who specializes in streamlined communication, Bell offers up a much more direct prognosis moments later. “I think 2016 is going to be the year of the banks,” he told EQ.

The Bourbon Friday Show with Michael Seaman from SwipeSum