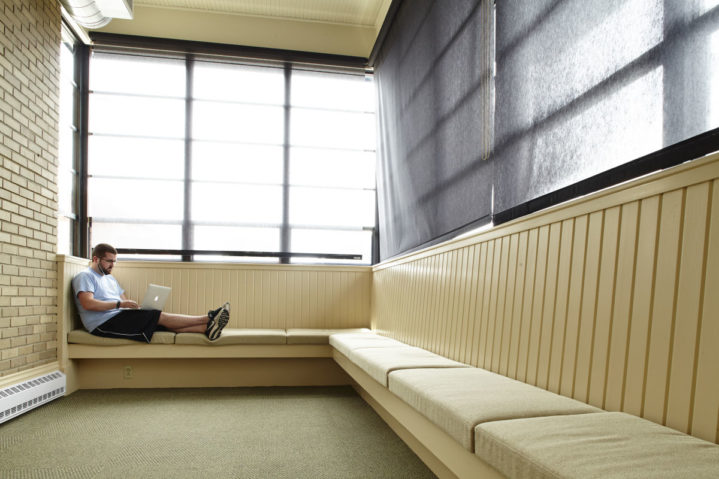 How Dustin McKissen Changed His Career Through Co-working

For most of his career Dustin McKissen worked with trade associations, lobbying legislators for the benefit of various industries. He and his wife moved to St. Charles in 2013 when he took a position as executive director for the National Christmas Tree Association, which is the lobbying trade group for Christmas tree farmers.

Now in 2016, he’s a LinkedIn stand out and is running McKissen + Company, a successful startup headquartered at OPO Startups, a coworking space in St. Charles. 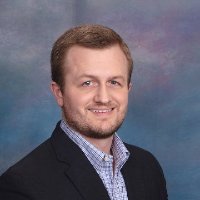 We sat down with him to learn more about his journey through two very different industries and how co-working in St. Charles played a big role.

People smile when they think of Christmas trees, and everyone imagines this lighthearted industry, but anytime there is legislation being passed it is not lighthearted for the people who stand to win or lose based on the outcome.

It’s taken very seriously. And there was a pretty intense piece of legislation that impacted that industry while I was there.

You were succeeding in your role and not really looking to switch industries. How did the transition to running a startup come about?

I had originally gone to college to be a writer, and half way through my master’s degree, I changed and ended up studying public policy and government. But that desire to be a writer was still there.

I was overseeing the Christmas Tree Association, then in early Summer of 2014 my mom passed away. She had always encouraged me to write. So, I wanted to give it a try again.

I had a Linkedin profile, and at the time it had a feature that allowed certain people to write posts on LinkedIn. I wrote one post that got about 900 views.

It was about what I’d seen through my work with trade associations in a few different industries. I wrote another post a few days later on beginning your MBA and the motivations for getting a master’s degree. That post got a little over 20,000 views.

Did you set out to be a “Social Media Guy?”

I had no intention of becoming that person. I had no Twitter page at the time.

I was just writing for the fun of it. But I saw the response and the way that it grew my network.

A few months later I wrote an article about what I’d seen happen with my dad when he was unemployed for an extended period of time. That article got 450,000 views, and one of the people who read it was a guy who worked at CitiBank on their corporate board. His dad had experienced something similar.

He came to my profile and saw that I had worked with trade associations. He was on the board of an association in the IT space that was just starting. So, we ended up talking, and he offered me a consulting contract to advise them on the marketing of their first trade show.

That was the first time I saw that platform become something more than growing your audience. It turned into an actual business opportunity, and I got a little better in proactively identifying people who engaged with my writing.

Then I got a few more consulting gigs, and it built up over time. So, last May when I got space here at OPO, I officially started my own company.

What does McKissen + Company offer?

We do a couple of different things. We still consult with and advise trade groups because of my experience and connections in that industry.

We also do general strategy and marketing consulting. All of the business I get on that side all comes from relationships that I’ve built through writing.

So I kept doing that, and at the end of 2015, LinkedIn has featured, out of the roughly 185 articles I’ve written, all but maybe 3 or 4 on one of their various channels.

I try to keep an eye on who is engaging with those articles and I reach out to them and start a conversation. For example, we’re working with a large Brussels based executive search firm that I connected to through LinkedIn.

Very little of what I write about is advertising what I do. It’s more general business and professional development articles that drive people to me and my business.

Would you say that the point of content marketing is to share information as opposed to selling?

Content marketing that is designed to make a sale, almost never sells anything. It needs to inform, engage and educate. You only have fractions of a second to get their attention.

What you hope to do is start a conversation. Then they see that you know what you’re talking about and are more likely to hire you when they need your services.

If someone is trying to grow their presence on LinkedIn through content marketing what advice would you give them?

If you’re looking to grow your presence and drive people back to either your business or maybe to get in front of more recruiters, whatever your goal is on LinkedIn, it can’t happen when you’re trying to sell them something. It has to be genuine.

How has being at OPO and having a business in the St. Charles area impacted you?

First, no one in my family has ever owned a business. I didn’t even know what that was supposed to look like.

Learning from people at OPO, even from very different businesses from mine—like several of the shops on Main Street—getting exposed to people like that has been very beneficial. We have some upcoming talks on pricing strategy, for example.

Figuring out things like that can be difficult for a new business, especially in consulting. So we’re adding some classes on that.

Second, in St. Charles, there is definitely a tendency to give local businesses a chance. One of the early clients I had was actually Randy Schilling, founder of OPO’s, business.

Another was a local software company that was willing to work with a fellow St. Charles company. At OPO there is definitely a feeling of giving people a chance.