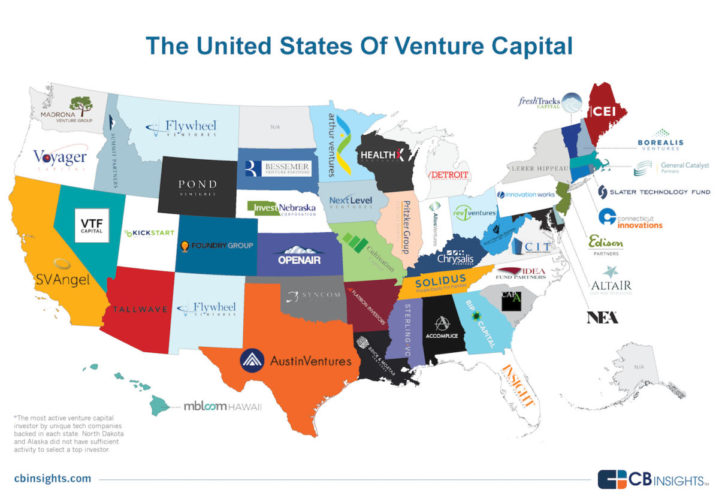 Startups based in Silicon Valley, New York, and Boston may account for most of the VC tech funding in the United States, but as we know, there are hotbeds of innovation across the country spurred by VCs.

CB Insights just released a report on the most active venture capital firms in each state by the number of investments into tech startups from 2011 to 2016 year-to-date (through May 9, 2016). St. Louis’ own Cultivation Capital was named the most active VC in Missouri.

CB Insights based its selection on investments in “unique tech companies based in each state (not counting multiple rounds to the same company),” excluding debt deals, and only considered venture capital, corporate venture capital, and super angel firms. When there was a tie across multiple VCs in a state, it used number and recency of deals to select the most active tech startup investor for that state.

Cultivation Capital has over 230 investors across its funds and almost 40 companies in its portfolio.