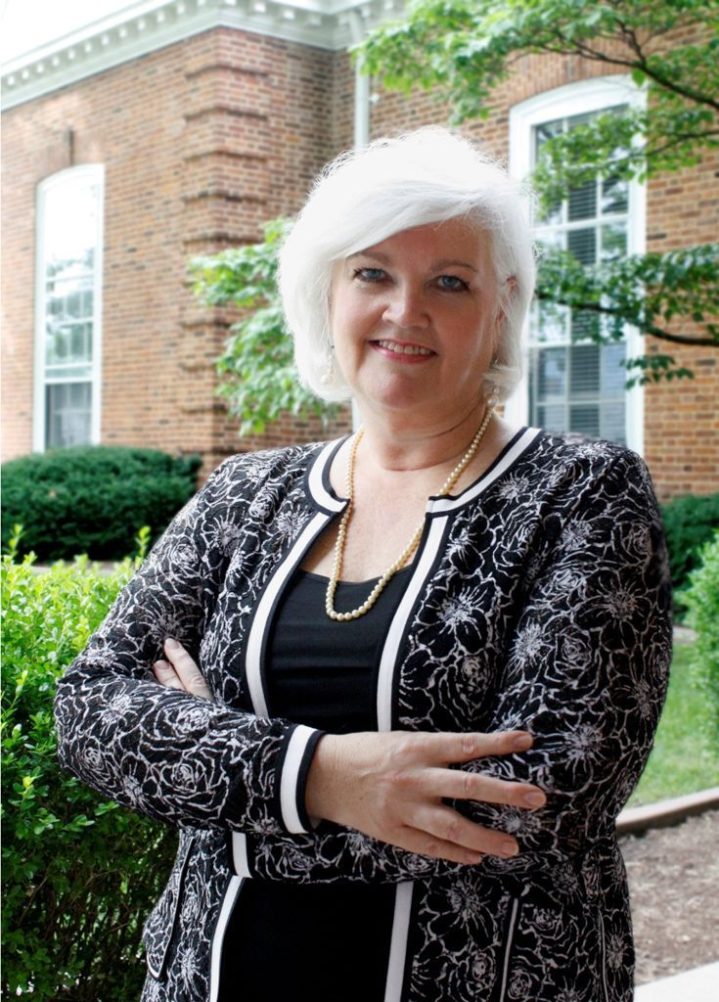 The CEO of St. Louis Economic Development Partnership on why St. Louis is the right place to build an Ag hub and other updates impacting the tech community.

It was one year ago this month when Sheila Sweeney took over as CEO of St. Louis Economic Development Partnership. The organization, formerly the St. Louis County Economic Council and officially re-established in 2013 as a collaboration between the economic development agencies of St. Louis City and St. Louis County, works to align regional efforts in business development, business finance, entrepreneurial support and international trade services.

Sweeney’s is not a small job, to be sure, and yet one that she has embraced since taking over the role from former CEO Denny Coleman, who led the St. Louis County Economic Council for 23 years and the Partnership in its first 18 months.

Going into the Partnership’s fourth year, Sweeney and her team have several ambitious projects in the works and some successes to celebrate. We sat down with Sweeney to get an update.

You’ve been in your role as CEO for one year this month. How would you describe your first year with the St. Louis Economic Development Partnership?

I am really happy with the direction in which we are going. We’ve added some really talented staff members. Our business development is really much more active and taking a lead role in reaching out to the business community. At the request of the County Executive [Steve Stenger], we’ve started working on the Ag innovation district, which we got through federal grant and have expanded to be a corridor from St. Louis to the University of Missouri in Columbia, Missouri, then connect with Kansas City. That is a really compelling story that a lot of businesses and certainly families that work in the Ag sector can appreciate and look forward to. I see the relationships that came out of the trade mission to Ireland in July as having an enduring effect and a positive move forward for us to be able to create more jobs and more opportunities. So I am happy with some of the things that in my first year I’ve either initiated or been able to continue.

The St. Louis Economic Development Partnership was created in August, 2013. What are the main priorities going into the organization’s forth year?

Continuing to work with the entrepreneurs, continuing to make St. Louis an innovative region, is of utmost importance, and it will attract people to St. Louis. So we need to do that. I think we need to work on the Ag corridor. It really is going to be a real economic driver for what we (St. Louis) can own and what we have and what we can really push forward. We are a great sports town, so I am focused on creating a youth sports zone so we can attract hockey and soccer travel teams to town and all the money those families spend. And, of course, growing jobs and investment is my top priority. We are seeing continued growth in our financial services sector and the explosion of IT jobs in our Downtown tech corridor. If I had to identify one strategic redevelopment, it would be Jamestown Mall in North St. Louis County. We are working hard with the county executive to assemble the property and find a developer for it.

Tell me more about the Ag Corridor.

Geographically, it started with our federal innovation grant in the district, where Helix Center, Donald Danforth Plant Science Center, BRDG Park and Monsanto campus are. The grant is to develop and grow that area and to make it a live-play-work lifestyle area. We have this district and at the same time, all of these other companies around St. Louis that are Ag industry companies, as well as associations like the Corn Growers association. We’ll work on formalizing something that brings all of these entities together with a common goal of creating jobs and making St. Louis known for AgTech. We’ll ask the Missouri Botanical Gardens and St. Louis Science Center, all of the varied companies around Nestle Purina, Bunge, the corn growers, soy bean growers, Bayer. We’ll bring all of them into what we will then call a corridor from St. Louis to the University of Missouri in Columbia. Kansas City already has a fantastic animal health corridor from Kansas City, Kansas to the University of Missouri, passing through Lawrence at KU and Manhattan, KS where Kansas State University, has a veterinary school. Our corridor can then be an Ag corridor across Missouri and it’s kind of the perfect economic engine to really create jobs and bring growth to St. Louis and all of Missouri.

The tech that is in agriculture now is exponentially growing year over year and we have that [tech in our region]. We have 750 plant science PhDs at the corner of Lindbergh and Olive Blvd and that is a concentration like nowhere else in the world. That alone is a tremendous opportunity for businesses; the available workforce that’s here will bring more people to St. Louis.

How did this project evolve from idea to where it is now?

I’ve known for years that Ag was growing, obviously with Missouri being part of the corn belt and all. It’s just natural for us to embrace. We’re an ag state and technology is introduced into ag way more now; it’s not just a farmer, his pitchfork and a tractor anymore. Then I started to read more about it and thought this really is what we need to embrace, because you can’t just be out there flailing and trying to offer everything to everyone. We’re not going to attract businesses and grow businesses by doing that, I don’t think, but if we have a focus and dedicated effort and unity going forward between business and government, then I think that’s what really helps startup companies in St. Louis. And it helps the major corporations as well. It’s good for everyone. I saw that as my responsibility and the county executive absolutely thinks that focusing on AgTech is the way to grow St. Louis County.

And you resourced it?

I went and talked to Steve Stenger about it and told him what I was thinking and he helped me fund a new position and add money to the budget for that so that we could have that as a focus. Janet Wilding is our brand new Vice President, Major Projects. Her focus all day, every day is building out the AgTech district in Creve Coeur and helping develop a statewide Ag strategy.

What’s the next step?

Where are you now with the project? What’s phase one?

We’re working on that now. We are visiting with folks and talking with them, asking for some financial support, to help us to brand it and market it and really formalize it as we need to.  And then I think we eventually use the Kansas City model because it’s worked so well. We don’t need to reinvent the wheel. Even though they may be competitors in the outside world, they come to that table and discuss how to make sure that agriculture and Ag Tech moves forward in that community. And then I think there will probably be a board for our half of the state. They’ve got theirs in place and it’s an excellent example for us to follow. It’s also something that we don’t need to view in terms of state boundaries. It could be a Midwest region thing. We don’t have the oceans, but then we don’t have the congestion and we do have better air and we’ve got water. All those things say Ag is our thing. Let’s do it.

So that might be a good segue to talk about the Ireland delegation. Many of our conversations with our peers in Dublin and Galway centered around our shared strengths, like AgTech.  What were your goals for the delegation before we went?

I didn’t really have one “this has to happen” thing, but what I did want was for our delegation to interact and to understand the value of that interaction and comradery that we came away with. It was tremendous after being together for a week. I think it was important because [the group] was [made up of] people in key positions in St. Louis that now are still in contact with one another. [It was also important] having those key people listen to what [our peers] are doing in Ireland, and to make the connections with companies, startups and innovation centers that were there.

Tell me about the Partnership’s role in the NGA decision.

We at the partnership certainly worked hard to make sure that NGA was built in the city of St. Louis. The real catalyst to enabling all of us to work together was the County Executive [Steve Stenger]. He believed the place for NGA on the St. Louis side of the river was in the city of St. Louis and not South County, not the old Chrysler plant, not to just stick with the county places. Instead, he had a bigger vision of what was right and what would help this area, and that was to put NGA on the Northside, in order to regenerate Old North St. Louis. It was the right thing to do. And when he decided that’s what he should do, it enabled us then to really work on it so that we didn’t have a conflict. We are on the precipice of the tech scene really blowing up in Downtown, along Washington Avenue. [The thinking was that] if we could keep the young workers that NGA is going to be bringing to town in the future, it would raise up everyone in the St. Louis region.

You mean that making the Downtown innovative district stronger will make the county stronger?

Absolutely. And the region. I think he had the foresight to look at everything and not just the lines that have been drawn.

On October 13 from 6-8pm, the St. Louis Economic Development Partnership will host a public forum to present and comment on its Draft Master Plan for the Plant Science and Technology Area in Creve Coeur. Get details at danforthcenter.org.