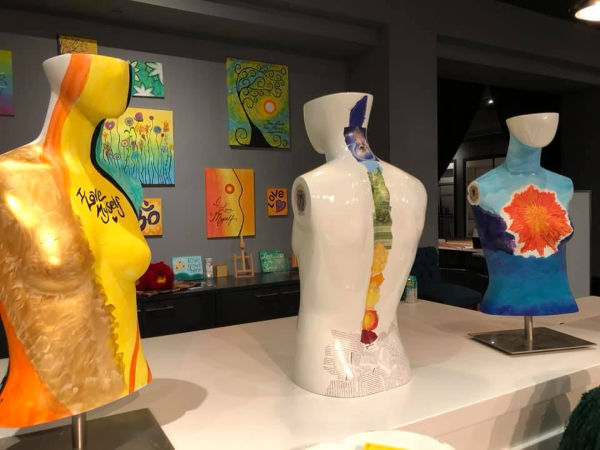 Retired Mannequins Get a Makeover to Benefit St. Louis Artists and Nonprofits

When Pooki Lee acquired the out-of-work mannequins she didn’t know exactly what she would do with them. But, being a long-time serial entrepreneur and artist she figured divine inspiration would come.

She originally planned to take on only a few mannequins, thinking that perhaps she would dress them in Hawaiian outfits and use them as décor in The Connection, an event space she launched in Chesterfield Mall. Which was a reasonable idea since Lee is Hawaiian-born. She’s been dancing hula since the age when most kids are still learning to walk and now teaches hula as one of the offerings of The Connection. 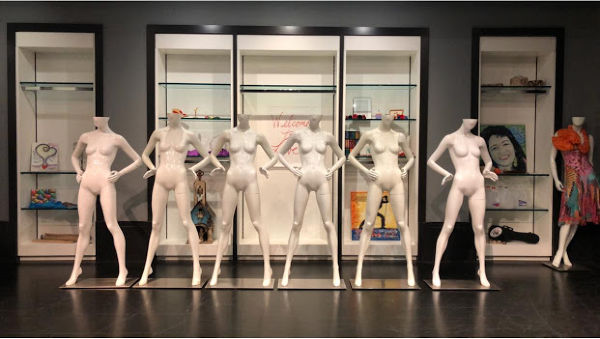 But there were a lot of mannequins that needed a new home and a new purpose. They’d been “retired” so to speak as retail clothing stores in the mall closed up shop and no one seemed to want them.

Lee’s friend, Becky Schoenig, co-owner of the SymBowl restaurants, persuaded her to grab dozens of the abandoned figures which were then relocated to The Connection where they sat (or stood) in limbo while Lee pondered what to do with them.

“I’m a big believer in community service, especially right here in St. Louis, which I claim to be the Love Capital of the World,” Lee says. “I also love to support visual and performing artists.”

She wanted to put the mannequins back to work in a way that would serve the St. Louis community, spread a little more love, and support artists. She and Schoening kept talking and finally hit on the concept for the Mannequin Project.

“The response from artists and the community has been remarkable,” Lee says. “With mannequins as their canvas, these artists are transforming them into unique works of art.”

It was an ambitious plan, to have approximately 20 local artists adopt a mannequin and turn it into a work of art, then stage a show and private auction where each of the newly transformed statues would be auctioned off to the highest bidder. Lee is no stranger to staging events or to pulling off ambitious plans and the pieces will be “posing” for you at the Mannequin Project Art Show and Silent Auction today at Medici MediaSpace between 7:00 and 9:30 PM. Proceeds are distributed to the artists and the nonprofit of their choice.