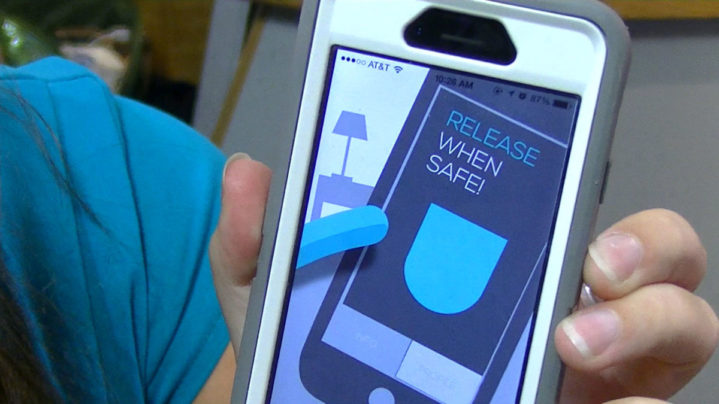 SafeTrek Provides Personal Safety at the Touch of a Button

Everyone can remember a moment they felt unsafe. Perhaps it was late and you were walking alone. Maybe you were waiting for a train or a bus and started feeling uneasy about the approaching silhouette. Maybe you were on your running route and realized someone may be following you. 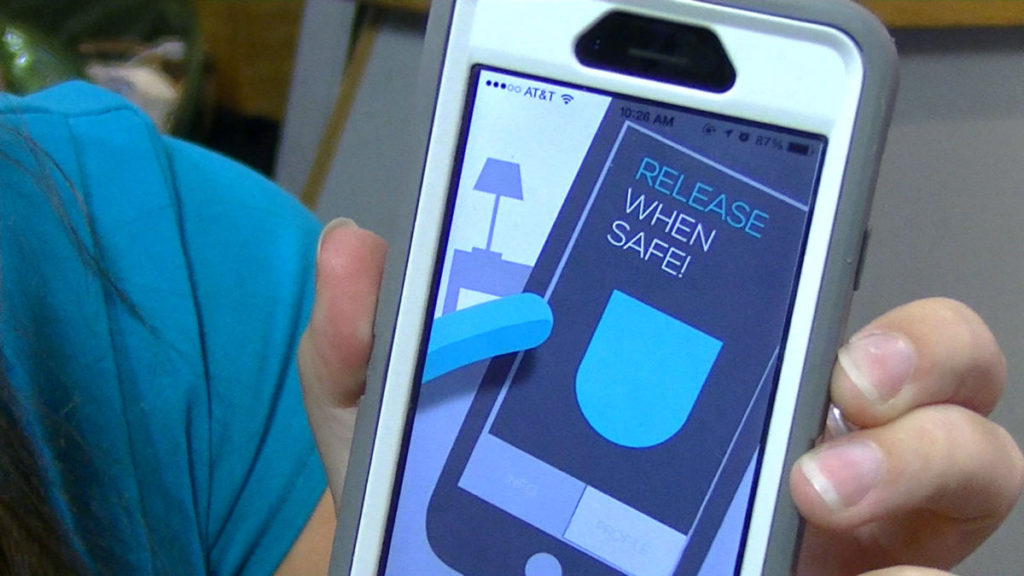 “What most people don’t realize,” says SafeTrek co-founder Zach Winkler, “Is 911 doesn’t know your location. There’s a lot of stories out there where people have died because of the inefficiency of the system.”

In fact, the system’s inefficiencies are many. SafeTrek, launched in October of 2013, attempts to eliminate the problems inherent in emergency response and effectively manage a simple challenge: Get help to those who need it, fast.

“We tried to take something that’s very, very complicated and stressful and make it simple,” Winkler says.

SafeTrek is a smart phone app that has just one button. If a user feels like they are in danger, they press and hold that button until they feel safe.

Once they release the button, they are prompted to enter a PIN. If the PIN isn’t entered in 10 seconds, SafeTrek’s emergency call centers dispatch police to the user’s location.

This takes a lot of the pitfalls out of the equation, beginning with contacting the right police dispatch center. When someone in an emergency calls 9-1-1, the dispatcher they’re routed to is based of the nearest cellphone tower.

The problem is, 9-1-1 call centers don’t base their jurisdiction on they way cell towers broadcast their signal. That means a caller could waste crucial time in an emergency being bounced to the right number. 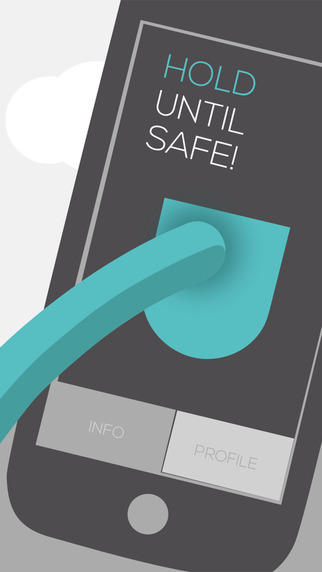 “You’re in a panic mode, you’re in an emergency, you explain your situation, you finally get to tell them your location and they say, ‘Oh, sorry. You’re in the wrong jurisdiction. Let me forward you to the right one,’” Winkler explains. “You’ve just added so much complexity.”

SafeTrek uses geofences to map out each of the 6,000 U.S. dispatchers’ jurisdictions and, by leveraging the phone’s location services, contacts the right responders immediately. This is especially essential in rural areas, where the 9-1-1 system may not be available.

In those cases, the company’s emergency call centers know who to contact. For example, the local sheriff’s office, when the user may not.

Once emergency services are en route, SafeTrek makes it easier to find the person in need. Under the standard system, it can take police up to six minutes to narrow a caller’s location to a radius of 300 meters. SafeTrek provides instant location, accurate to within 10 meters.

Why It’s So Important

Winkler, who began developing SafeTrek with co-founder Aaron Kunnemann the May following his graduation from the University of Missouri, says the system is used thousands of times per month. Each one of those situations comes with a story, and he seems to remember them all.

Some, like the story of a female college student who was contacted by one of SafeTrek’s call centers after she forgot her PIN, draw a prideful smile.

“She was able to verify her safety and a couple pieces of data, but on the phone the young woman said she was walking home from drinking with her friends. They had left her, she had just moved to that town for school, and now she had no idea how to get home,” he says.

“The call center said ‘no problem, I can see exactly where you’re at. Where are you headed? For the next 20 minutes they stayed on the phone with her and made sure she got home safely.”

Winkler says SafeTrek’s primary focus is safety for every user of their service, no matter what they need. Sometimes, it’s as simple as walking a user home over the phone. Other times, it’s more serious.

“Domestic violence is our number one real emergency scenario,” says Winkler. “They want to be able to get help without letting anyone know they’re asking for help.”

SafeTrek’s one-button, “no speech needed” system is crucial in such situations, and their response time and location accuracy are critical. “A girl, she called 9-1-1 because her boyfriend was being abusive,” he recalls.

“She waited 15-20 minutes, they never came. She remembered she had SafeTrek on her phone, she pressed the button, and the police were there right away.”

SafeTrek provided officers her precise location as they circled the block, and they intervened.

“That’s a big one for us,” Winkler says. “We really care about the safety of our users.” 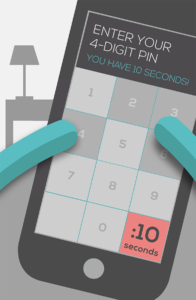 While half of those users are college students, many who feel the emergency towers that dot campuses are impractical or inefficient, the service is used by nurses, real estate agents and everyone else who routinely finds themselves in isolated areas or alone with strangers.

In addition to its real-world application, SafeTrek also provides peace of mind to those who have had it taken from them by trauma.

Dozens of testimonials have reached Winkler and his team from victims who finally feel safe enough to venture out into the world again. Many suffered PTSD from sexual assault or other violent encounters and have until recently felt unprotected.

“These people are sitting in their houses, afraid to leave,” he says. “Just downloading the application, knowing they have the ability to get help if they ever need it, makes them feel safe. That’s really powerful and keeps us building what we’re building.”

And they are continuing to build. While the app itself has remained unchanged since its launch, SafeTrek has been working relentlessly to improve the emergency response process.

Their Apple Watch app, for example, has a timer-based system for users aiming for more discretion or foresight. The user is notified when the timer gets low, and they can reset it, like a snooze function.

However, if the countdown reaches zero and they do not check-in, SafeTrek’s systems kick into place. In future, SafeTrek could also use the Apple Watch’s biometric monitoring capabilities to dispatch emergency services in a health crisis, cutting out the precious seconds of latency that can be the difference between life and death.

“If you’re having a heart attack, your Apple Watch can detect that and we’re already getting an ambulance dispatched to your location before you even have to do anything,” Winkler says.

Those dispatch capabilities are what separate SafeTrek from other personal safety apps, many of which are designed to notify friends or family. SafeTrek is endeavoring to provide those emergency response capabilities to similar apps in the space as a service, both to better serve users and increase their market reach.

SafeTrek costs $2.99 per month, which is how the company maintains their service and partnerships with their three emergency call centers. While users may balk at a monthly subscription, Winkler says the company has worked hard to keep their costs as low as possible to reach as many users as they can.

“The service we are providing is more powerful than a home security system, more powerful than ‘I’ve fallen and I can’t get up buttons,’ and they charge 50-60 dollars a month for that service,” he says. “The way we came up with our prices was, ‘what’s the lowest we can go before we can’t stay in business.’”