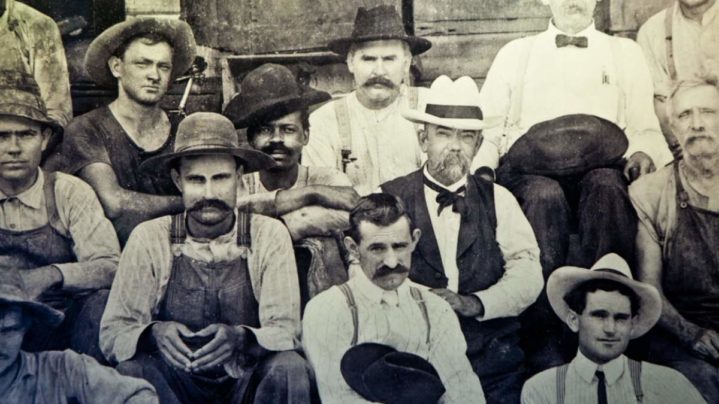 The Bourbon Friday Show with Dr. Cheryl Watkins-Moore from BioSTL

On this episode of the Bourbon Friday Show we had the opportunity to talk with Dr. Cheryl Watkins-Moore, Director of Bioscience Entrepreneurial Inclusion at BioSTL, about the recent Vision conference and what entrepreneurial inclusion looks like in the St. Louis startup scene.

Each week, we sit down with someone from the St. Louis startup scene for the Bourbon Friday Show.Today, we're interviewing Dr. Cheryl Watkins-Moore, Director of Bioscience & Entrepreneurial Inclusion at BioSTL. She is also the organizer of the Vision 2018 Conference.Tune in at 4:30pm!

Following the 2018 Vision conference we invited Dr. Cheryl Watkins-Moore to reflect on the impact of not only the conference, but what it signifies for St. Louis startup ecosystem.

Before we can look to the future, we have to look back to when the St. Louis startup scene began.

Ten years ago, BioSTL, along with a few other key players, began the arduous work of developing and cultivating the St. Louis entrepreneurial ecosystem. Fortunately, after several years, the hard work paid off and the once fledgling ecosystem came into its own, but with one obvious issue: “It was very male and very pale.”

While this is disconcerting for a number of reasons, it’s especially an issue for a community who claims to be all about innovation and progress.

“When we talk about innovation, you need everybody involved in that conversation—and that it’s not just race, but gender, diversity in thought, experience, all of that,” says Watkins-Moore.

After that revelation, BioSTL quickly got to work on a solution, and the Inclusion Initiative was born. The Initiative is broken down into three strategic tenants: increasing awareness around STEM in the entrepreneurial arena, providing training based on the CET Square One program, and the alignment of resources to entrepreneurs in the St. Louis community, with special emphasis on non-traditional entrepreneurs.

One of the main components of the awareness focused tenant is the Vision conference. According to Watkins-Moore, there was nothing in our community that focused specifically on women, immigrants, and people of color with regard to supporting their journey of entrepreneurship in a conference setting.

While the conference has traditionally focused on emerging entrepreneurs, this year they partnered with several St. Louis Chambers in order to better serve existing business owners who fall into those populations that are underserved by the current resources. Amidst this change, one thing about the Vision conference has remained the same: it continues to be a “beacon for celebrating, supporting, and educating diverse populations with regards to entrepreneurship,” says Watkins-Moore.

If you’re interested in getting involved with or learning more about BioSTL’s diversity and inclusion initiative go to http://www.biostl.org/about/inclusion/.

The bottle this week was Uncle Nearest 1856 Premium Whiskey. The story behind this bottle actually begins with one of the world’s most recognizable whiskey brands: Jack Daniel’s.

For over 100 years, it was believed that when Jack Daniel went to work on the farm of a preacher and distiller named Dan Call. It was alleged that he learned everything he knew about distilling whiskey from him, but it wasn’t until recently that we found out that is not the case.

As it turns out the person who taught Jack was actually a slave on Dan Call’s estate, named Nathan ‘Nearest’ Green. Though lost to history, it was well known locally that Jack always spoke of Nearest Green as his mentor.

After Nearest Green became a free man, Jack Daniel hired him as his first Master Distiller, making him the first known African-American Master Distiller, which in those days would have made him the most important person at the Distillery.

While it’s understandable that many people are upset about the erasure of this great man and his contribution to American history, Nearest and his story live on thanks to author Fawn Weaver. Weaver took it upon herself to research and write about Nearest. She continues to promote Nearest’s memory through the Nearest Green Foundation, and helps continue his legacy by providing scholarships for his descendants. To help fund the Foundation she started Uncle Nearest’s Whiskey, which is where this week’s bottle is from.