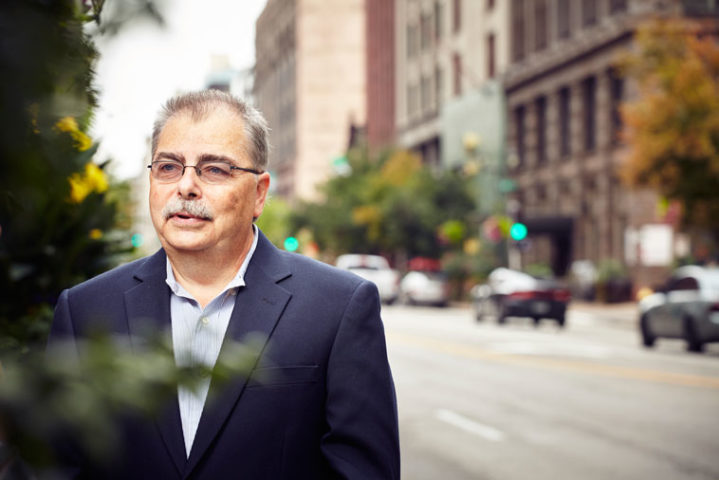 The State of Venture Capital in St. Louis and Promise of New Seed Fund

An afternoon chat with Brian Matthews of Cultivation Capital

Driving through Downtown St. Louis on an April afternoon when the Cardinals are playing, the America’s Center is hosting a conference and the Blues are looking for a playoff sweep later in the evening, parking is hard to come by, but the energy of downtown is in the air. As I walk up to the T-REX building to meet with Brian Matthews, co-founder and general partner of Cultivation Capital, that energetic vibe starts to hum a little more vibrant.

Inside these walls, one starts to understand how downtown feels even when the sports teams are quiet. There is something magical happening at T-REX, a not-for-profit coworking space, and home to Cultivation Capital.

Inside T-REX the entrepreneurial spirit is alive and reflects the hum of the startup ecosystem in St. Louis in general. Many young people working in the same space to turn their creative dreams into a prosperous business, and inside the walls of T-REX one sees the growth of companies moving from a one- or two-person show into a viable company that eventually “graduates” out of the T-REX space and into their own unsubsidized location.

But while there is energy and money in St. Louis to help boost these startup companies and capital for growing businesses whose revenues are between $500,000 to $2M and beyond, there is an underlying concern about the capital available for these startups to move from late seed to Pre A and stay in the St. Louis ecosystem.

It is this gap that has Matthews and others interested in looking for ways to fill this gap and keep these companies and their growth from moving away. On paper, Matthews explains, the trend in venture capital looks promising for St. Louis.

Even Cultivation Capital’s funding has grown exponentially since beginning in 2012 with $2M and now investing in more than $100M among five total funds: two software, two life science and one FinTech. However, as the St. Louis market continues to grow, the amount of capital going to A, B, and C round funds increases, so as the deal sizes increase, the amount of deals decrease, and the little companies are getting left behind even more.

“Cultivation Capital filled this gap when we first began in 2012, but as the companies we’ve invested in have grown, we are writing bigger checks,” says Matthews. But as St. Louisans the general partners at Cultivation Capital are cognizant about what is going on in the St. Louis ecosystem, and want to see this region grow as a place for entrepreneurs to create, build and flourish their companies.

This desire to help keep early-stage companies in St. Louis has lead Cultivation Capital to create a partnership with Twain Financial in order to fill this gap. “If we don’t nurture baby companies they will have to leave to find capital.” So the plan with this partnership is to be a St. Louis-focused seed fund that will continue to grow and nourish the early-stage high-growth companies that the current gap leaves behind.

Partnerships like this stimulate economic development and job creation and keep St. Louis thriving as a place for creativity and innovation; a place where great things will continue to happen if people like Matthews have anything to do with it. He ends our conversation alluding to “great things are coming in the next 30 days.”

So we will wait and see. And you should, too.