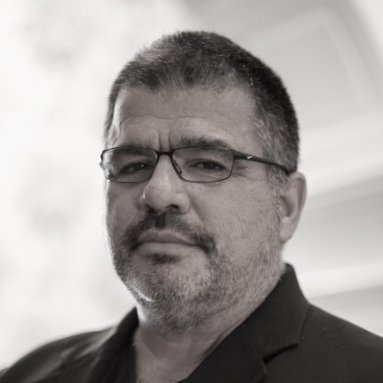 At the heart of every startup ecosystem is its entrepreneurs. Each with his or her own backstory, calling and mission, our city's founders are those charting a new path for themselves, their teams and their tribes. Introducing EQ's Founder Series, conversations with entrepreneurs from various industries and walks of life.

In 1991, Bob Lozano stood in a Southwestern Bell boardroom presenting ideas to a table full of high-level executives. Lozano and his team, part of the research and development arm for SBC modeled after Xerox PARC, had come up with their list of innovative technology products and were pitching them for funding.

A senior executive asked two questions to Lozano that would end up shaping his future. The first, much to the chagrin of anyone with an entrepreneurial spirit, was, “how do I know which one will work?”

The second, and the one that really put Lozano on his path toward becoming a serial entrepreneur, had to do with money. SBC had recently made a billion-dollar investment in a company whose growth netted them $1.5 billion within a year.

When Lozano told the room how much money he thought it would take to move his ideas into large-scale reality, the response was, “Why should I put any money into you? I put $1 billion here and got $1.5 billion back.”

“I knew then that the venture culture I had been sold on creating was never going to jump the gap and influence the mama corporation,” Lozano said. “I said you know what? Life is not long enough to just be told no because it’s inconvenient for some senior executive to try out the stuff you’re proposing.”

From there it was on to Paylinx, a payment processing software company that was eventually sold to a company called CyberSource and later acquired by Visa.

Tsunami Research (later renamed Appistry) followed, and Lozano was officially a serial entrepreneur. The wiring required to dive back into the world’s most demanding ecosystem time and again is rare, and understanding those demands is even tougher.

Providing clarity and guidance for those embarking on the arduous journey of founding a company is a gift Lozano and others who know the challenges have given the St. Louis ecosystem throughout the years.

But his motivations in 2015 aren’t strictly business. Six years ago, Lozano’s world changed when a brain tumor took his ability to speak, see and think clearly.

He fought back to health, regaining what he had lost and also acquiring a new perspective. He took three years off to pursue a theology degree and began viewing the startup scene as something greater.

“You start thinking about what matters in life. It goes beyond startups and business, but even in the professional world, it’s what I can do to contribute.”

“Is the area better if we have a more vibrant ability for somebody from a disadvantaged background to learn something, hang out with some people, and possibly create their own deal and help themselves economically—and more importantly—help themselves as a human being?” Lozano wonders.

“We as a region, we as startup people, can help others improve their lives. I don’t kid myself and think we’ll fix poverty. But I do think we can help individual people get better.”

That mission makes dialing the energy back up easier, and Lozano has begun a litany of new projects (which are not yet formally announced), as well as continued his role as an advisor within the ecosystem.

But even without the altruism and social responsibility, one thing is clear: The engine that drove Lozano away from that boardroom in 1991 is still churning, and the open road of the tech startup world will always call to him. That’s why, at 58, retirement isn’t on the horizon. In fact, it’s not even on the list of possibilities.