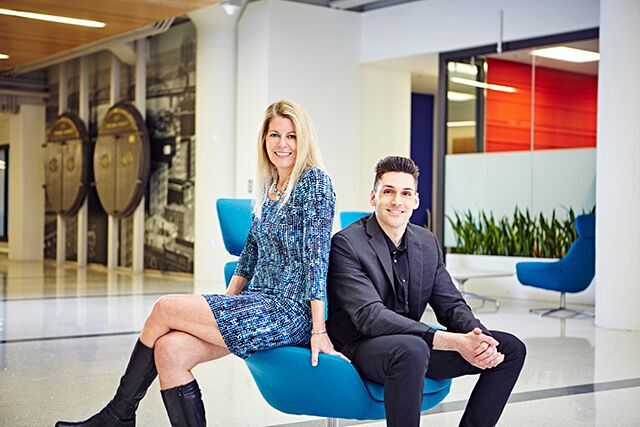 Capital Innovators’ Brian Dixon: The Best Is Yet To Come For Tech In STL

"In the coming years, tech positions will become the most sought-after positions in the city"

As the St. Louis startup community gains the attention and investment from outside the region, there is an electrifying hum of activity and energy surrounding the tech scene. But observing all the action from the ground floor can make it difficult to get a clear sense of the overall success.

EQ teamed up with Capital Innovators to tell you this story and reached out to the Program Director, Brian Dixon, to talk about the state of tech in St. Louis. Capital Innovators has been ranked as of the top 10 tech accelerators nationally two years running, and their focus on early-stage companies gives Dixon a unique perspective on not only how far things have come in the tech community, but where they need to go.

Given the momentum gained in the last decade in the startup community, how would you assess the state of tech jobs in the city?

New tech jobs in St. Louis have been growing faster than ever. As successful tech startups continue to experience rapid growth, the need for skilled employees increases.

We have seen an influx of investments being poured into tech companies in St. Louis in recent years. These investment dollars accelerate the growth of these companies, create jobs and boost economic development.

All in all, St. Louis is just beginning to see the massive potential in the tech sector that it will experience in the coming years.

What do you view as the region’s greatest strength when it comes to not only catalyzing but sustaining growth in that arena?

One of the region’s greatest strengths is how far a business’ dollars stretch compared to being located on the coast. The cost of living in St. Louis is much lower than on the coast.

This is great for tech companies, because their dollars can be utilized much more effectively within the business, instead of being spent on pricey office space and living expenses.

This is also attractive from an investor standpoint. An investor’s ultimate goal is to make a return on their investment. The more their investment is being used to directly facilitate the businesses growth, the quicker they are likely to experience a return.

Also, top-ranked accelerator programs, such as Capital Innovators, continue to attract top-level tech companies and cultivate them into successful startups in St. Louis.

How do you define success for the tech community in the St. Louis region? Is there a singular finish line or are there multiple tiers to be achieved along the way?

There are multiple tiers to define success. One of the next steps to success in St. Louis is to get more investors interested in the space.

As of now, companies can usually raise investments in St. Louis up until they need to raise their Series A. At that point, they often need to visit larger cities on the coast that have larger funds to write those size checks.

In turn, the new investors usually want their investments to remain close, which causes great companies to be forced to move their operations out of St. Louis, taking away from the economic development and job creation here.

The solution to this is having more interested investors realize the value of these early-stage tech companies and wanting to contribute to their success and the overall success of St. Louis. This way, great companies can continue to flourish in St. Louis, keep the loyal tech talent in the area, and boost economic development.

Another tier to success is to get more support from enterprise corporations in St. Louis. Enterprises can pilot the products and services of these early-stage companies and help guide their growth. They can integrate new innovation into their companies to help them stay at the cutting edge in the tech space.

It’s also beneficial for enterprises to support these tech startups because they are helping develop St. Louis-based tech talent. The better the tech talent in the area, the better the quality of employee that enterprises will potentially have in the future to join their company.

St. Louis-based universities and colleges can also become more involved. They can encourage and assist with placing talented students in internships and jobs so that they can get hands-on practical experience in this growing sector. This will allow talented individuals the opportunity to build quality relationships with great companies that may offer them jobs upon completion of their schooling.

Another important step is to raise more awareness of the tech revolution occurring in St. Louis. Organizations like Capital Innovators are fueling this revolution and their top 10 accelerator ranking in the country the last two years in a row is giving St. Louis positive worldwide publicity in the tech space.

The ultimate goal is to make St. Louis the “Tech Mecca of the Midwest”. We’re definitely heading in the right direction and we will reach this goal in the coming years.

If you look five years into the future, what do you see for the tech sector in St. Louis?

In five years, the tech sector in St. Louis will be more influential than it has ever been. We are seeing amazing leaps in innovation and steady traction with the tech companies in town.

In the coming years, tech positions will become the most sought-after positions in the city as technology continues to improve our lives and grow at an astounding rate. This sector will be one of the leaders in job creation and a primary source of economic development for St. Louis.

We also have an amazing tech ecosystem that is developing and facilitating this growth.

Supporters such as Capital Innovators and other accelerators such as Arch Grants, Cultivation Capital, ITEN, T-REX, CIC, and more, are making a huge impact on the tech space. As these organizations continue to work together alongside investors, enterprises and universities, St. Louis is on pace to become a frontrunner in innovation.