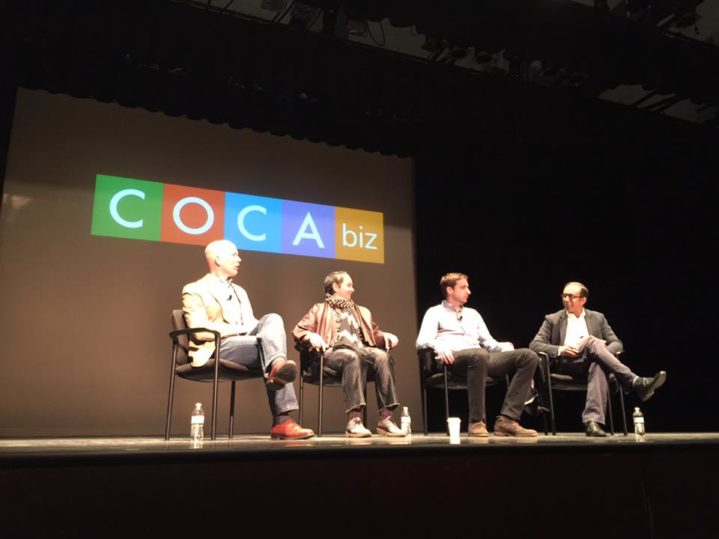 Artist and financial planner Carl Richards spoke at COCAbiz last week about both his work as the New York Times’ Sketch Guy, breaking down financial planning concepts into Sharpie-and-cardstock drawings. He also touched on the challenges both entrepreneurs and artists face: fear of creating and judgement, imposter syndrome and having (seemingly) nothing left to give creatively. 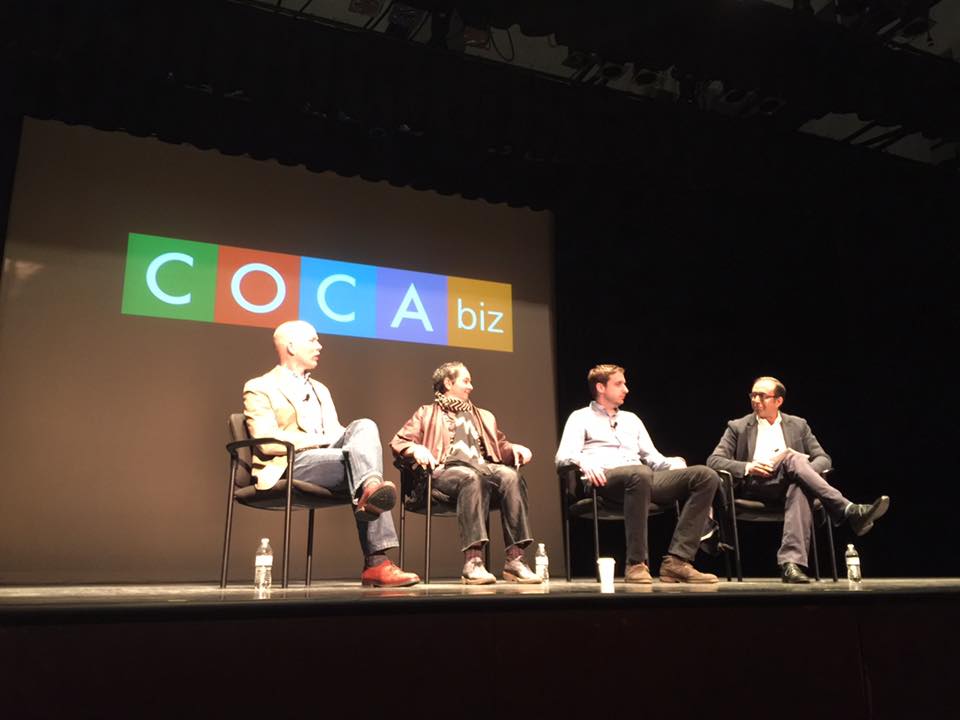 We’ve transcribed some highlights from the panel below.

Kamra posited that being a great entrepreneur is a combination of vitamins D and E: discontent and endurance. What were some of the ways each of the panelists encountered each of those characteristics?

Sawyier: Looking at where Bonfyre is today, we launched as an event application, and we’re now helping companies build culture and reach their employees. There’s a natural connection between those two things, but for me, the vitamin E part is that you have to maintain flexibility. You want to have a vision; you want to have an idea, but it’s gotta be malleable.

Richards: The vitamin D is super-clear to all of us in the financial services industry. It’s always been done in a way that hasn’t served clients in the end. …It used to just be, and in the traditional industry still is, all about the sales part. We sell you a project and who cares if it works for you or not? But the discontent for me has always been, let’s get rid of that and do what’s right for the client. That’s a novel, crazy idea.

Secondly, let’s nail the science part —let’s get the math and spreadsheets right— but now let’s realize there’s this whole element that we’ve been ignoring as a culture in talking around money and realizing, why are you doing that in the first place?

Kamra: We talk about the notion of a plan, and plans are useless, and they’re only as good as until somebody punches you in the face [Kamra was referencing a moment from the talk where Richards quoted Mike Tyson: “Everyone has a plan ‘til they get punched in the mouth.”]. So what is the role of the plan?

Ganci: I’ve been doing this for 20 years… in the first few years I had huge plans… but here now, now it seems like my plans are right on the money. But I even have plans that don’t have details in them, so it’s almost like creating miracles.

For me, planning is setting the seed for a miracle… It’s really awesome to have a written-out plan on a sheet and setting it aside and living out that plan and then coming back and seeing that sheet and being like, “Wow, that’s exactly what happened!”

Kamra: How do clients look at a plan?

Richards: I think we’re getting better about letting go of this false sense of precision around it. It’s still important in terms of, are we headed in the right direction? That’s how I look at plans.

If I put a stake in the ground and head that way, we know that’s a guess. What’s amazing is everything’s going to change—even the guess about the goals are going to change.

Like when you’re 35, and you guess that you want to be here when you’re 55, I mean, really? But does that mean you don’t guess? No, you still guess, but I think… the range of potential outcomes, if we do things right, starts to narrow.

The plans get easier as the range of potential outcomes starts to narrow.