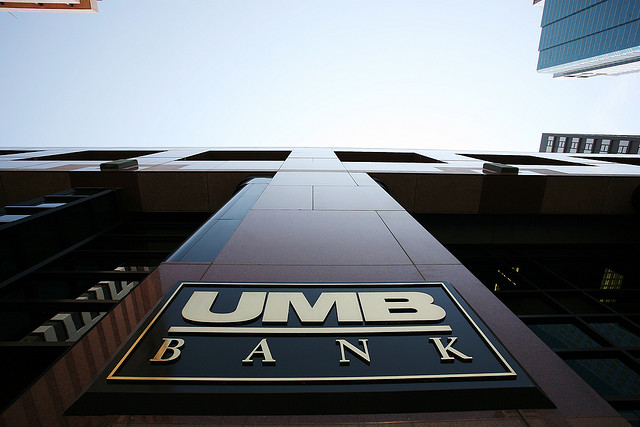 Give and Take: How St. Louis’ Community Drives Collaboration Between Startups and Banks

St. Louis is a unique ecosystem for business in a lot of respects. As we often cover, our startup community is more collaborative than many entrepreneurs would find elsewhere. That community-driven aspect also permeates the financial world, and it’s paying off for legacy banks and FinTech startups alike.

“St. Louis as a whole is one of the tightest-knit communities as far as opening doors,” said Dave Bauer, senior vice president and region manager for business banking at UMB Bank. “The ability to get appointments, make introductions and talk to people in the market is greatly enhanced here in St. Louis because of the type of community it is. It’s not a transient community; relationships go deep and have been long-standing. I think that’s what makes the startup community in St. Louis so strong.”

One member of that community is Fluent, a blockchain payment platform that has worked hand in hand with UMB as the former built out its model.

The notion of a FinTech startup, whose role is often defined as a disruptor, amicably collaborating with an established big bank might seem incongruous to some. The reality is that startups can often move faster than legacy institutions, as they are unencumbered with the boundless regulations banks face.

“One of the greatest challenges financial institutions have is the regulatory environment,” says Andre Trudell, executive vice president and managing director at UMB. “It makes it more challenging for us to be able to be innovative in the world of banking.

“As you look around, you can see there are new types of payments going on every day, whether it’s in peer-to-peer situations, electronic, mobile, etc. Banks need to be able to keep up with that.”

“So an ecosystem like St. Louis and what SixThirty provides are great ways for banks to work with those entrepreneurs, grow with them throughout their life cycle, know what the new technologies are in the industry and ultimately find a way to apply that technology to our client base.”

But it’s not just a one-way street. SixThirty, one of the nation’s most highly-regarded FinTech accelerators, may have attracted startups with its ties to major financial institutions, but it is creating value for both parties.

“What the banks bring is the contacts. We also bring the real-life examples that help them evolve their product. So it does create a nice synergy as we move forward together,” says Trudell.

Banks also bring an understanding of their own functionalities and limitations. Since many FinTech startups are ultimately targeting banks as potential customers, having an open conduit to those customers’ needs is a huge advantage.

“We help them set expectations and troubleshoot during their product development and allow them to pivot to some degree,” says Bauer. “If we say, ‘this is going to be a big obstacle you’re going to run into,’ and they haven’t thought through that process far enough, we bring them that value.”

For Fluent, a company that aims to drive a paradigm shift in the way money is moved in the 21st century, understanding the intricacies of legacy banking is crucial. UMB was a solution to that problem, trading Fluent’s agility in innovation for a better look at the market the company hopes to serve.

“One thing we talked through with them involved their product and how it may or may not be cohesive with the client’s working capital needs with their existing bank,” Bauer says. “How do they share collateral the bank has in utilizing their solution? Things like that.”

“Obstacles to them bringing a client into their network and utilizing their solution. Have they thought through some of the potential obstacles that the company’s existing bank may have, if they’re not on the Fluent system?”

If a collaborator has that knowledge already, it saves entrepreneurs countless resources spent on research. If that collaborator also happens to be a major decision-maker, many of the major hurdles an entrepreneur faces are cleared early on.

“We brought them access to UMB executive leadership and product and technology teams,” Trudell says. “Payment pain points, where UMB sees opportunity, where they can bring solutions to the table.” Who could ask for anything more?