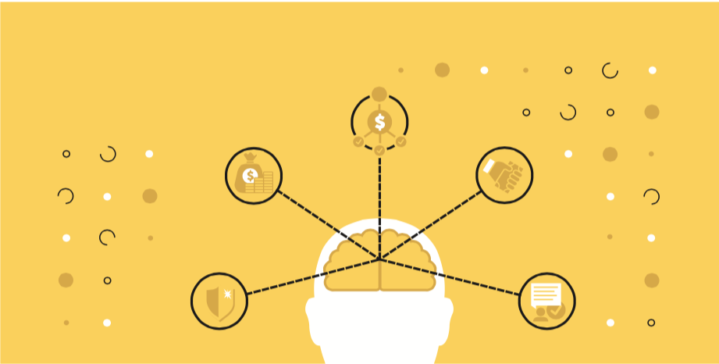 The intersection of finance and technology–an industry known as FinTech–has hit an inflection point. The sector is exploding, with the United States leading the way. In 2013, $4 billion was invested in FinTech companies, jumping to $12 billion in 2014.

According to Statista, bank spending on new technologies was expected to reach $17 billion in 2015 and surpass $19 billion by 2017.

While all of that is very exciting, FinTech’s value and impact aren’t solely about numbers. Financial technology companies are the conduit through which data is given a purpose, and users define that purpose when they apply the benefits of FinTech services to their own work and lives.

Despite the seemingly sterile aspects of the finance industry, FinTech companies are actually designed to solve common, tangible problems and simplify our day-to-day lives. Here’s how.

The world of investing can feel like a convoluted maze of mathematics, jargon and high-stakes decisions. Those who thrive in that world often have access to in-depth analysis and highly trained advisors who help mitigate risk and grow wealth, leaving the average investor feeling under-equipped for success.

In a 2008 article, Bloomberg surveyed a group of professional investors about the research time it takes to truly feel confident in a company they are considering. The answers ranged from one or two to 40 hours per stock—time most working professionals don’t have.

One startup, Hedgeable, aims to erase barriers to investment information, pushing to “democratize private banking.” By providing the same level of asset management service to everyday investors that previously belonged only to the ultra-wealthy, the team at Hedgeable believes any portfolio can be protected from loss. Financial peace of mind isn’t just for the rich anymore.

Any time money changes hands, there needs to be trust. This has become increasingly top of mind as electronic payments have skyrocketed in recent years.

With marketplaces handling millions of transactions a day, disputes are bound to surface. Normally, managing that process would take a customer service team, a fraud detection staff and a large IT investment.

PromisePay hopes to alleviate that, calling for marketplaces to outsource their payment solutions to them. By handling transactions, fraud detection, escrow and payment disputes, PromisePay removes in-house payment solutions and puts trust back in the process. One party buys a product, one party sells it and PromisePay does the rest.

As the financial world evolves into an increasingly electronic ecosystem, thieves have seemingly stayed one step ahead of financial institutions. According to a Nilson report, worldwide losses from card fraud have jumped from less than $2 billion in 1993 to more than $16 billion in 2014.

In fact, last year was the fourth year in a row that losses to card fraud outpaced total card volume. Conventional fraud detection has proven successful at looking out for an individual customer, but is still largely reactionary.

Rippleshot, using a proprietary algorithm to parse transaction information, detects large-scale cybersecurity breaches earlier than ever. By comparing the common history of cards that were compromised, Rippleshot can detect the source of the breach, effectively stopping the leak before the flood.

Increasing automation while reducing manual tasks and paper are key in the world of personal finance for both lenders and borrowers. Personal loans account for billions of dollars year after year and are increasing as the market rebounds from the crash of 2008-09. But borrowing money is a complicated endeavor with equally complex composite parts.

For borrowers, a once manually intensive process is streamlined. FinLocker improves the consumer experience and lenders make better decisions while reducing costs.

Social media is like cooking: easy to do, hard to do well. For the average person, one ill-advised tweet can be washed away with little to no consequence. For financial institutions, a bad tweet can cause major problems such as sanctions, fines or even legal action.

It can also drive away customers. A 2014 study of business trends revealed 74 percent of customers rely on social media to inform their purchasing decisions.

So why risk a mistake? Well, staying away isn’t an option either.

That same study estimated that social media marketing budgets would double by 2018. Social media is a high-stakes game for modern businesses, so St. Louis-based Gremln endeavors to keep its customers out of trouble.

By providing easy-to-use tools that organize social media channels and provide a filtering system for posts, Gremlin guides clients through the murky world of digital interactions with their customers. Clients have a permanent editor, and no longer have to worry about 140 characters undoing years of work.