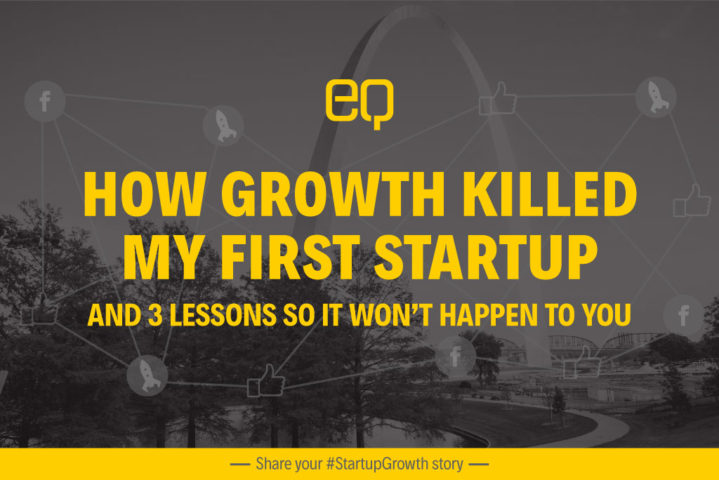 Drop By Drop: How Rapid Growth Killed My First Startup

Houston, we have a problem.

Our small group of beta testers for Drizzle SMS had gone viral. In a matter of hours, we had 10,000 active users on our platform — all expecting to get paid.

Our app started trending on the Google play store, and the downloads kept coming.

There was just one problem: we weren’t ready to handle it.

Drizzle didn’t have any automation in place to scale. We barely had a functioning backend.

The first week after our startup launched, the majority of our time was spent manually counting rewards for our users — instead of improving our product and fixing critical bugs with our infrastructure.

This rapid growth put our team on a path of bad decisions that ultimately led to the death of my first startup — and taught me the crucial lessons I’ve used to build my second.

Drizzle SMS – get paid for every text you send

My latest startup, Clever Real Estate, is a recent graduate of Capital Innovators. Less than one year into our growth, we’ve just hit profitability.

But my story as a founder didn’t start with Clever, it started with Drizzle SMS.

Drizzle was the first mobile application that paid users for every text they send and receive.

At its core, the idea was simple: we show a small banner ad on our user’s messaging app (only visible to our users). Drizzle gets paid by the advertiser, and we split the ad revenue with the user.

While the idea was simple, implementing it was one of the most difficult tasks I’ve ever attempted.

In order for our app to succeed, we needed a product that worked on every version of android, worked with every mobile carrier’s SMS/MMS protocols, could track ads shown to each user, and build a platform for our users to redeem their rewards with a virtual currency we’d created, Drizzle “drops.”

So What Went Wrong?

On paper, Drizzle had a fantastic team. My co-founders Deepak and Vinayak are some of the best developers and product managers I’ve ever known.

However, this was all of our first startup: there was no one with experience to really point us in the right direction.

Until Drizzle, my closest experience to leading a company was running an eBay store that did over $100,000 in sales, with one partner. I had never managed a team of any kind, let alone a team of 10 developers.

Most of the problems we faced could have been solved by an experienced team — and experience is usually learned through mistakes.

Rushing to the starting line

As a young company, one of the biggest challenges of building an application is the lack of resources. We didn’t have the means to hire a full team, so our first prototype was built entirely by our CTO.

After four months of working on an app, it’s easy to get anxious and rush the launch date.

Countless bugs, new builds, and hours of beta testing will make any team begin to second-guess themselves. Is the product you’re building going to work? Will anyone actually use it? Are we wasting our time?

After four long months, our team finally reached a point where we had a functional app, with a design that was good enough for us to use as our daily messaging app.

The problem was, our team hadn’t completed a backend to actually track which users viewed ads, and how many drops (our virtual currency) our users should receive.

Rather than spend another month or two fixing the backend, we set out to acquire a small community of beta testers to provide early feedback on our app, so we could decide if this was a project worth continuing.

Our plan was to manually credit our beta users accounts with drops every day, and build an automated solution after we proved the concept. Building a community of beta testers is always a good idea, but this was the last good decision we would make for a long time.

Our app wasn’t ready to handle this volume, and we were too excited to watch the downloads of our app grow. It never even crossed our minds that we could shut down the app for a bit to address our problems, and return once we had a working build.

Through all of the growth and excitement, we forgot that we didn’t intend to launch, we were just trying to build a community of beta testers.

As our number of downloads and users continued to grow, we quickly became focused on the number of ad impressions that our product was driving. I’ll never forget the feeling when we crossed our millionth ad served in just a few short weeks.

Unfortunately, that feeling was fleeting. We were tracking the wrong metrics.

Our App Blows Up — Definitely Not In A Good Way

Our active user base was only growing because of the rapid increase in new downloads — not because users were staying with our app over time.

We ended up with a core following of users that were using our app as a means to view ads and get paid, and not actually message their friends like we intended. These users were skewing our numbers, and fooled us into thinking that our product was growing.

It was only later when we stepped back and looked at our churn that we realized over 80% of our users were leaving the app within 7 days.

Once we understood the problem, we were finally able to begin building a plan to address underlying issues with the product.

Over the next year, our team grew in size. We began to focus on fixing the right problems. And it was working: as problems with our app were fixed, our churn rate improved dramatically.

It was during that year that my co-founders and I learned what it actually takes to run a company.

While our app didn’t end up being successful, the lessons I’ve from Drizzle gave me the experience to be a better founder, leader, and business owner. Every day I run my current startup, I’m constantly reminded of mistakes I made with Drizzle — that I’ve avoided this time around.

My experience leading Drizzle SMS, and ultimately failing, led me to establish 3 key guidelines to evaluate any potential business I’m thinking of starting.

If you’re thinking of starting a business, these principles can save you a lot of the headaches my team and I faced at Drizzle — hopefully you won’t have to learn the hard way.

1. It’s All About The Numbers

No matter what business you’re running, the numbers need to make sense.

This may sound silly, but thousands of business are started every year with the strategy of building a big enough user base that you can figure out revenue later. This might work if you get lucky and build the next Facebook, but for everyone else, you’re going to fail.

I refuse to be a part of any business that doesn’t have a clear path to profitability.

When you’re modeling a potential business, you should be able to identify your costs at every stage of the funnel. If you don’t know how much it costs to get a lead, the percentage of leads that will close, and the average revenue per closing, there’s no way to know if your business even has a chance of being profitable.

2. Surround Yourself With Experience

Silicon Valley idolizes the image of startups as college kids working out of their dorm room becoming millionaires overnight.

That couldn’t be further from the truth.

The average age of the founder of a billion dollar company is 34, and the average successful founder is 40.

As a young founder who experienced a failure where experience played a large role, I’m acutely aware of how important it is to have experienced team members in key roles. This time around, everyone on Clever’s Board of Advisers or in a C-level position at the company (well — except me!) has over 10 years’ of experience in their specific role.

This allows our team to spend less time learning general knowledge, and more time iterating and improving our product.

3. Get Help With Your Problems

Most first-time founders have never faced any adversity in their professional life.

Before I started Drizzle, I had breezed my way through high school and college. The hardest classes I took at the Kelley School of Business, I was able to pass just by cramming 12 hours before the final, and still get a better grade than most of my peers.

I was cocky. You’ll find this mentality with most young startup founders. It’s a lot easier for someone who has never failed to think they can start a business and change an industry.

As someone who had never failed before, when things went south I found it difficult to share what was going on with our investors, peers, and mentors. I began to think that if my company was a failure, I must be a failure as a person as well.

In reality, the more experienced eyes you can get on your problem, the better chance you have of succeeding. 90% of startups fail, and almost every successful founder has been in that 90% at one point of their life.

If you’re reading this and you’re thinking of starting a business, or currently running one, I hope this article helped.

Ben Mizes
Ben Mizes is a St. Louis native, and the founder of Clever Real Estate. Clever lets home sellers list their home with a full service agent and save on commission. Ben is also a principal investor and co-founder at Arch Buyers, a St. Louis real estate investment company focused on improving St. Louis by restoring and maintaining formerly neglected real estate.