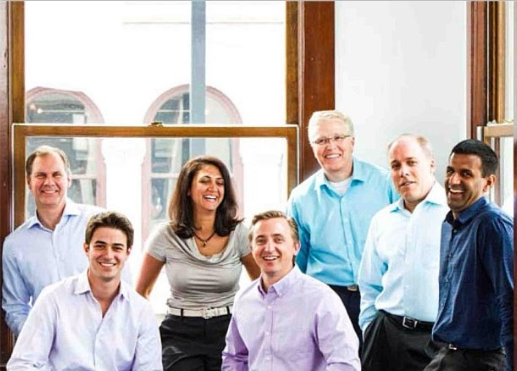 Customer success is a popular term these days. Companies are focusing heavily on not only acquiring customers, but maintaining their happiness and expanding the relationship.

Gainsight is being hailed as the industry leader in that space, and has rapidly grown from early mover to one of St. Louis’ biggest startups. And we mean rapidly.

Three years ago the company moved into a 4,500 square foot office in Weldon Spring, and by 2015, they needed more room. June 1 of last year, Gainsight moved its St. Louis office to a 12,4000 square foot space in Town and Country. According to Jan Bauer, head of onboarding and support for the company, the offices will likely be expanding again this year.

We sat down with him to talk about Gainsight’s growth, how they’ve helped the startup ecosystem here and vice versa.

You would have a hunter team that would go out and find new sales opportunities and then you would have what they call the farmer team that would be like the account managers who took care of the ongoing relationship and had responsibilities for some upselling and those kinds of things. To that extent there’s nothing really new here.

Where it became more prominent and important is in the subscription economy. So the more customers or companies that went to a subscription model, it became important for them to be able to identify when a customer was going sideways.

Whenever you have an annual subscription-based solution, it becomes important for you to see those issues early and get in front of them.

One of the advantages a subscription-based economy has is, since everything is running on [the company’s] service, [they] have information on how the customer is using [their] solution. We have more visibility into those things, then it was about making it actionable.

Gainsight is getting a lot of buzz as the industry leader in that space. How did you get out to an early lead?

Where we did a masterful job in the marketplace, I think, was recognizing this was an emerging market and saying we want to create a movement for other customer success professionals to grow and for the companies associated with them to grow.

As the space gets more crowded, how you do maintain that advantage?

There are a number of key components to that process. It starts with engineering.

We have to always be nimble and agile with our engineering team. We need our solution to continue to grow and evolve. Outside of product, you take care of your customers.

If we execute the way we are more than capable of executing, then all the pieces will fall into place. At the end of the day you just can’t get cocky.

You need to be humble in your approach, and I think you need to always know customers have alternatives. We just have to show them we’re the best option.

Speaking of growing, you’ve had a tremendous amount of growth in St. Louis. What led the the company developing an operations hub here?

I like to think I had a little something to do with that. I made a pitch [four years ago] that we should center our services and support team here primarily on a couple key factors.

Then almost as important as those dynamics, we’re two hours further to the east than the Bay Area. So when you’re trying to start out and get customers wherever you can get then in the United States, it’s much harder to support a Boston customer or a New York customer if you’re on the west coast.

So my pitch was: let’s get us started with services and support here because we can cover time issues much better.

Your office here has nearly 100 employees. How has the ecosystem’s growth helped Gainsight?

One of the first people I ever hired was a guy working on his master’s at Wash U. I hired him to be the first employee to help me on the services side of things. He’s now a director in our project management team.

I have two full-time employees now who started as interns from UMSL and have come on to work with us full time. Right now on my desk, I have three resumes of people who are working on their master’s degree to talk to for this implementation associate role.

Do you think Gainsight serves as proof that St. Louis can not only support startups, but house companies as they grow?

That was one of the keys when we were negotiating the lease for this office. I had three properties we had on our shortlist.

First of all, it’s a very visible sign that something from our startup community has grown big enough to have that kind of a presence on a building on a major interstate. The other more subtle side of it is there’s a whole lot of good technology talent that travels that road every day.

To the extent they look at that and say, ‘I’ve heard a lot of good stuff about Gainsight and this is a lot better for me to get to and from work every day,’ if that gets me a few resumes, everybody is happy.

I think the victory for Gainsight here is that we were able to sell the company and our investors on the fact this is a great market for the company. But at the end of the day, a lot of our leadership is still out west.

That’s not bad for us. There’s a great talent pool out there and we have a lot of opportunity, people-wise and leadership-wise, out there; but it’s also good that we have this strong base here and a really family-oriented company culture here in our office.