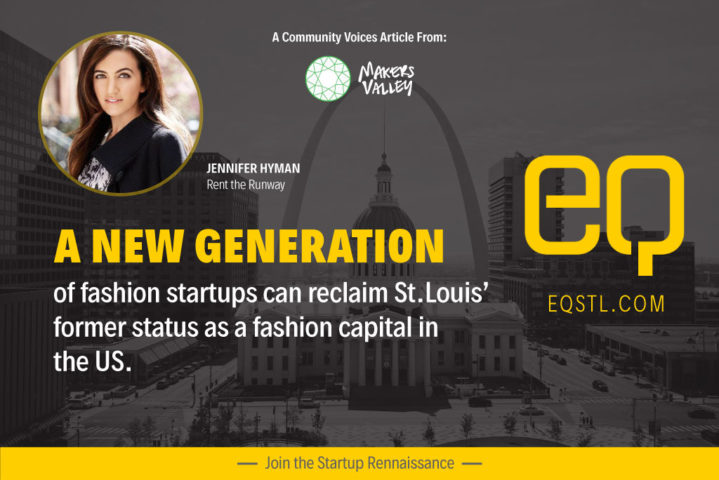 Jennifer Hyman, the co-founder and CEO of Rent the Runway, will deliver the 13th Annual St. Louis Business Journal Women’s Conference keynote on January 26th. Based in New York City, Rent the Runway is a service that allows women to rent designer apparel for special occasions.

Hyman’s keynote comes amid growing excitement about the future of fashion in St. Louis — and growing interest in its historic past. Just last year, the St. Louis Fashion Fund opened its Fashion Incubator on Washington Avenue. 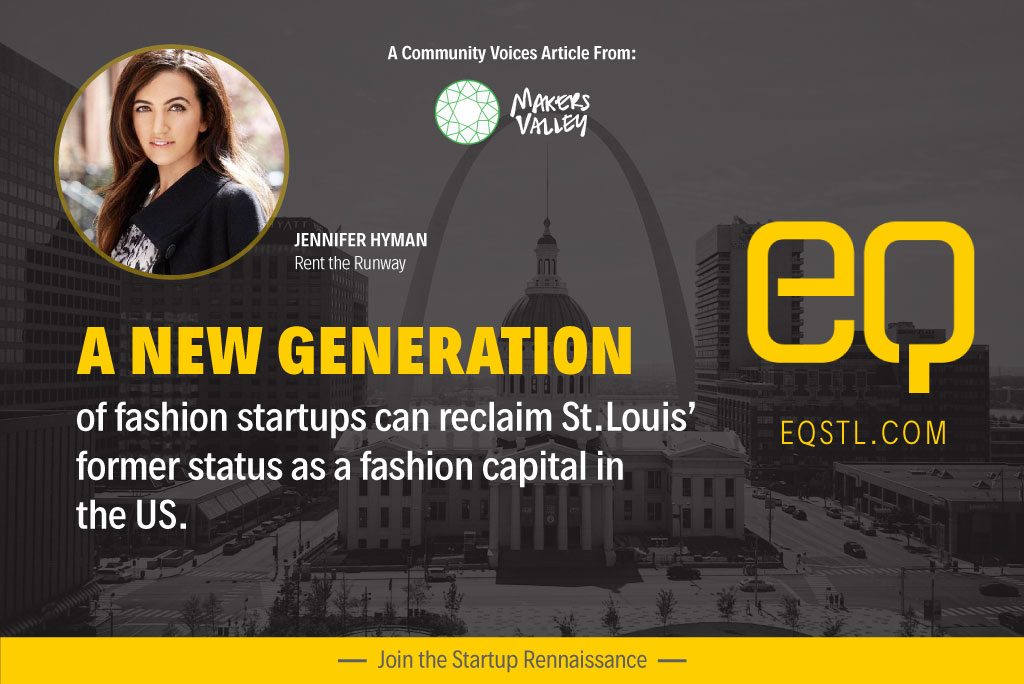 More than that, Hyman’s trip from New York symbolizes a deeper hope for the St. Louis fashion industry: that a new generation of fashion startups, drawn to the history and potential of the region, can reclaim St. Louis’ former status as a fashion capital in the US.

The dress is only the beginning

From the late 19th century until the end of WWII (approx. 1865-1945), St. Louis’s garment manufacturing industry was second only to New York’s.

The St. Louis Garment District sat nestled in and around Washington Avenue. By 1877, seven jeans factories had opened in St. Louis. Just twenty years later, the local manufacturing industry had grown to 26 boot and shoe factories employing more than 5,000 workers, and by 1900, the number of employees punching in at shoe factories exceeded 6,000.

The makings of a fashion renaissance

Today, St. Louis shines as the prime example of a Midwestern city with a once-great manufacturing district and apparel industry experiencing a resurgence.

Native St. Louisans can fondly recall a bustling Washington Avenue, alive with vendors selling fabric scraps. Downtown visitors could guarantee that they’d walk away with heaps of fabric for their next apparel project.

They can tell you about The St. Louis Shoe Factory – the first factory in St. Louis, opened in 1869 – as well as Weinberger Garment Company which thrived for more than 50 years on Washington Avenue.

Today, walking down Washington Avenue, you’ll hear the rustlings of new St. Louis fashion startups. My company, MakersValley, which provides a platform for designers to bring their designs to life by connecting directly with 150+ manufacturers & artisans in Italy, is among them. Not unlike Hyman, my co-founder and I were drawn to the sense of historic potential in the St. Louis fashion movement.

As for Hyman’s own experience, her inspiration for Rent the Runway came from a female family member. She saw her sister spend thousands of dollars on a new designer dress to wear to a wedding, despite owning a closet full of designer dresses, because she wanted to avoid the dreaded faux pas of being seen repeating an outfit, in life and on social media. Hyman and co-founder Jennifer Fleiss initially launched Rent the Runway out of a hole-in-the-wall dry-cleaning business in New York, in 2009.

Hyman is hard-willed to make Rent the Runway the new “Netflix for Fashion”. We’re excited to see what wisdom she will share on stage with the hundreds of midwestern women entrepreneurs who are powering the emerging St. Louis Garment District.