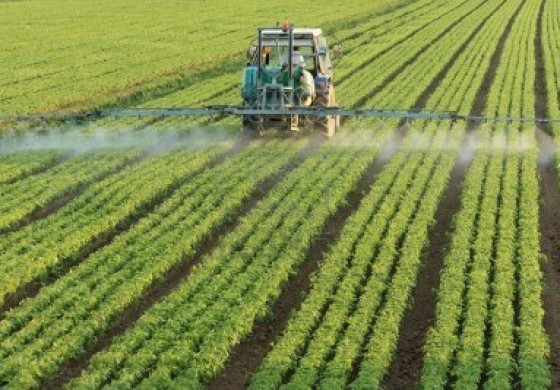 Tomas Pena of S4 Finds a Home Away From Home in St. Louis

St. Louis is in the heart of the Corn Belt. It’s a perfect seat for AgTech companies looking to serve the U.S. market, and provides affordable access to some of the best resources in the country.

That’s why, though the company started in Argentina, S4 (formerly Solapa4) set its U.S. headquarters in the Gateway City.

“Being an entrepreneur in Argentina, you only see three cities as the place to be,” says Tomas Pena, co-founder and CFO of S4. “Either Miami, because it’s the cheapest and closest to home, San Francisco with Silicon Valley and all that, or New York, the center of financial world. St. Louis we didn’t have on the map.”

That was before the company was accepted into St. Louis’ AgTech accelerator, The Yield Lab, before being mentored by SixThirty and back when S4’s customers were farmers. Pena, who was approached by co-founders Mariano Tamburrino and Santiago Gonzalez Venzano while he was working at Banco Galicia in 2011, said the initial plan was to arm agriculturalists with more information.

The company deals with data. Primarily the thousands of data points involved in the agricultural process.

“There was a lot of value there, there was a lot of information that was being lost,” Pena says. “Agriculture represents six percent of the global GDP, the size of Germany. Me being a banker and specializing in the digital world, I saw there was a big opportunity.”

So S4 set about digitizing the agriculture process. In addition to collecting data on the genomics of individual seeds, each step in transforming that seed into a crop created a data set.

“For example, there are machines that plant the seed, which brings a lot of information. Then, every time you put fertilizer or anything else in the process, you get more sets of data.”

When satellite imaging became more accessible, even more data was added. The problem then became scalability, and after two years of selling to farmers, the company needed to make a change before they ran out of capital.

Luckily for them, a hail storm came at just the right time. After a particularly bad storm, an insurance claims representative took a tour of a damaged farm with Santiago to assess the loss.

“The guy came into the farm, Santiago drove him around, and the guy decided to pay half a million dollars right there on the spot. There was no use of technology. The guy drove around, they counted plants, but there was no GPS involved, no satellite pictures involved,” Pena says.

With a major logistical problem exposed, the company began targeting insurance companies as potential customers. There was a bit of a learning curve, but once the value was established, anyone who had risk on farmers was interested.

The problem was in Argentina, such claims amount to around $300 million per year. In the U.S., that number is around $11 billion.

So S4 set their eyes on the U.S. market, and when they were accepted by Yield Lab in January 2015, things started moving fast.

Over the course of last year, Pena traveled back and forth to St. Louis from Argentina a dozen times. During his time here, he got to know the hallmarks of the city’s ecosystem: collaboration, access to resources, and a welcoming environment of innovative thinkers. He also got to know the city itself.

“That year of me coming back and forth, that helped me know I went to the Cardinals game, the Blues games, I’ve even been to the Rams game. I’ve been everywhere and spent a lot of time here by myself and figured out it was a nice place to bring my family,” he says.

Two months ago, he moved his family to St. Louis and S4 established its U.S. headquarters here. As the company took to the area, so did Pena and his family.

One of his children will attend Mizzou to major in political science, another will go to high school in Ladue. The family even got a dog, a black lab named they named Lucho (a Spanish nickname for Louis).

Pena’s heart is still in Argentina, as is a big chunk of S4. But as the company continues to grow in the U.S. (SixThirty’s help targeting financial service customers has a local hiring expansion on S4’s horizon), he’s found St. Louis to be a home away from home.

“I love my country and I want to go back, I still have most of my family there. But I think this is a great experience for my family and I, and we are going to stay connected to St. Louis for as long as we can because we love it,” he said.

“I don’t think the AgTech world has really started, and I think St. Louis could be the center of that.”