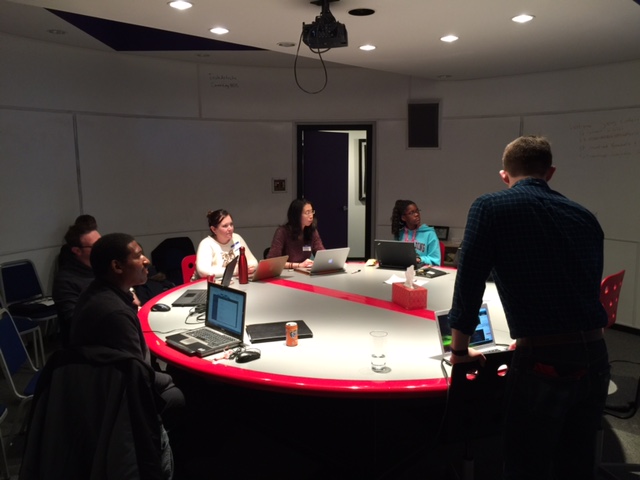 “My first attempt at shattering any glass ceiling was when I became aware of the club schedule that in 1973 said women and girls could only play at certain times, and that men could play any time. I asked my mom about this at the time and she said, ‘Well, honey, the men can play any time they want because they make all the money.’ I was 13 and knew then that I wanted all the perks that the boys got from making all the money.”

Queathem’s career has had her working in real estate investment as well as starting a non-profit for veterans returning to the workforce after serving overseas. But it was while working at a small software company in 2009 that Queathem had the idea that ultimately led her to start Savvy Coders.

“I was in sales, and as a sales person, you can’t sell if the release dates aren’t met,” says Queathem. “I found that the software resources I was working with were unreliable, but that there was a finite pool of them, which was why they still had jobs.”

After sitting with the concept for several years, and through several other projects, Queathem launched her newest venture: Savvy Coders.

Savvy Coders offers software programming training through 60 hours of licensed curriculum taught over four weeks in the evenings. Co-founded in Nashville last year, the code school expanded with a St. Louis branch this month, teaching out of TechArtista in the Central West End.

“There is such a robust entrepreneurial ecosystem here and the support is fantastic,” says Queathem. “Nashville has nothing like ITEN, Gateway VMS or Venture Cafe. And [St. Louis] is my home, so I’m delighted to have had a proof of concept in Nashville and to now apply that same recipe in St. Louis.”

For Queathem and her team, there is no typical or ideal person who signs up.

“[A student] could be a graphic designer who is very creative but doesn’t know JavaScript, a marketer who knows enough about HTML and CSS but wants to learn more in depth so they don’t have to work within the confines of a CMS like WordPress or an entrepreneur who hires technical talent but is not technical him or herself.”

Companies that want to develop programming resources internally from the rank and file are also ideal customers, and Savvy Coders is working in this model with Change Health Care in Nashville.

Savvy Coders joins programs like LaunchCode in an effort to address the tech talent gap in St. Louis, with Queathem and her team emphasizing continuing education school as they teach skills necessary to design, develop and then modify and maintain websites through a hands-on experience.

Anyone with an interest in Savvy Coders can sign up for a free intro session here.