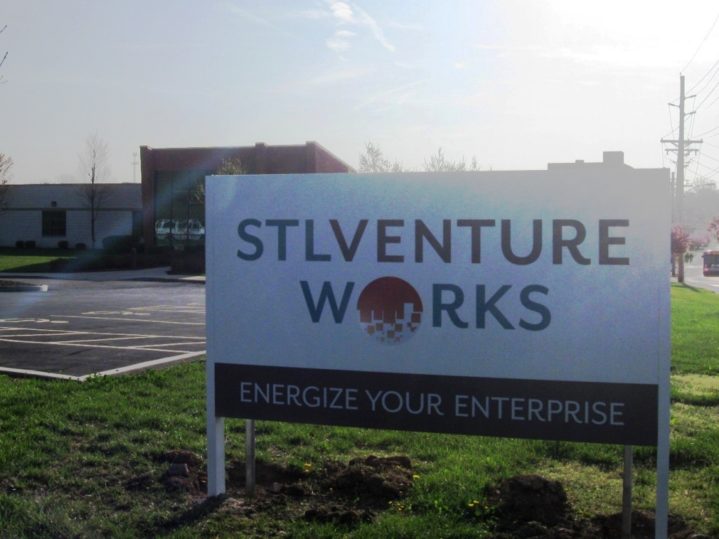 "Each of our incubators has its own personality," says Ginger Imster, VP of Innovation and Entrepreneurship at the St. Louis Economic Development Partnership, the organization that manages the five STL VentureWorks innovation centers. Here is a rundown of each center's features and amenities–and who's there.

STL VentureWorks at Wellston Site Administrator, Vanessa Greene, will celebrate 10 years of service at the Innovation Centers run by the St. Louis Economic Development Partnership (SLEDP) in May.

Greene started at the Grand Center site in 2007, has served at Wellston since 2012, and has seen businesses come into the centers as new startups, then graduate into larger spaces as bigger, successful businesses.

“I’ve watched them come in barely making it and transform into ‘I’ve grown, I’ve graduated, I have my own spot,'” she says. “You see them make it that far–now that’s rewarding.”

“Each of our incubators has its own personality,” says Ginger Imster, VP of Innovation and Entrepreneurship at the St. Louis Economic Development Partnership, the organization that manages the centers.

“We need businesses both large and small to propel our economy forward, and we need both small business owners and tech entrepreneurs to create the dynamism St. Louis must have to attract and retain talent. The STL VentureWorks incubators are an important resource for our local contractors and service professionals excited to build their businesses in St. Louis.”

Here’s a rundown of the centers, what they offer and who is growing their companies at each.

Today, STL VentureWorks at Grand Center appeals specifically to food and beverage startups as well as healthcare and general business. Many hospitals, schools and universities are focused on healthcare in and around Grand Center.

The downstairs of Grand Center is a shared commissar, which explains why it is a destination for cooking start-ups. Both Clementine’s Ice Cream and Dog Town Pizza are graduates of STL Venture Works at Grand Center.  Desserts Out the Jar and US International Foods are two current clients at the center.

STLVentureWorks at Helix Center is the newest Innovation Center, having opened in 2012. This center focuses on agricultural technonlogy and plant science, leveraging nearby plant sciences facilities Monsanto and the Danforth Center for Plant Science. The Helix Center is a key element of 39 North, a new AgTech innovation district in the midst of planning and pre-construction activity in Creve Coeur by the SLEDP.

STLVentureWorks at Wellston is in the midst of an expansion that will double its size. The project is scheduled to be complete before the end of 2017.

This location specializes in light manufacturing and construction trades. In fact, clients at Wellston are contributing to the expansion as architects, concrete manufacturers and flooring specialists. The Wellston Center is close to a MetroLink stop and a Metropolitan Education and Training (MET) facility.

STLVentureWorks at West County is located near the Spirit of St. Louis Airport in Chesterfield Valley. It emerged at a critical time for the valley following the flood of 1993, which decimated the area. Focusing on B2B production, the facility features a variety of products, from promotional items to kits for making Dutch pancakes for resale.